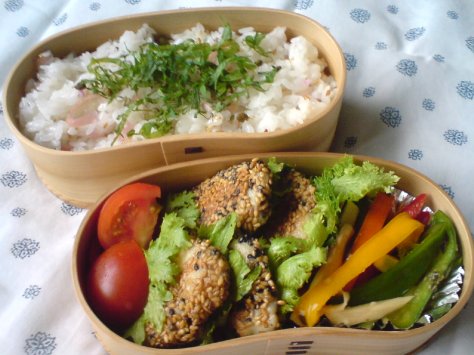 I did have to pedal fast to work this morning as I had decided to go to work by bicycle in spite of the threatening weather. After a hot and dry week-end, the weather has turned to the typically unpredictable rainy season, meaning cold and grotty days alternating with blasting hot clear skies.
At least my bento had enough colours to brighten the day! 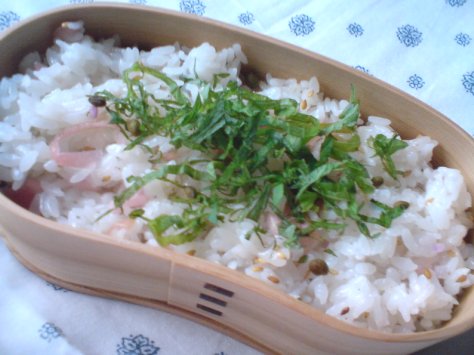 Tuesday has become sushi bento day.
Today’s style was “chirashizushi/散らし寿司/loosely translated as “decoration sushi”. Actually it is impossible to translate as it sushi rice topped with all kinds of ingredients! 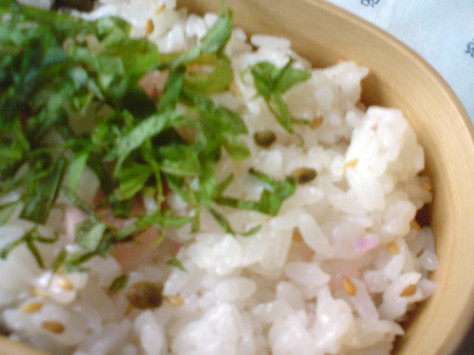 The Missus mixed the sushi rice with finely chopped home-pickled myoga ginger and sesame seeds, before topping it with finely shredded shiso/perilla leaves and a few sansho/山椒/Japanese pepper that she had pickled two days ago. 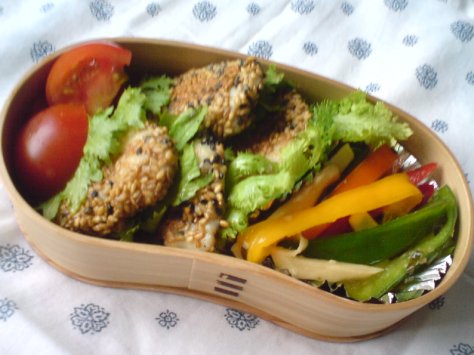 The main dish was very colourful and nutritious in concept once again. 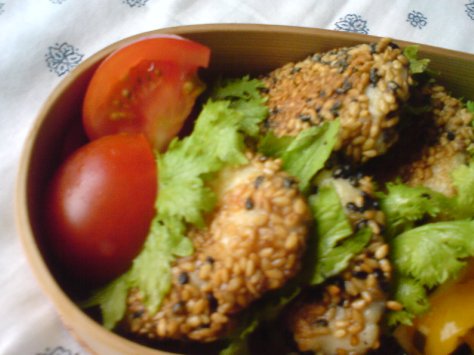 The Missus fried some chicken breast after having dipped the pieces in a concoction of hers (she wouldn’t tell me, although I do have an inkling) and coated them with sesame seeds.
The green are wasabi na/a letuce named so for its taste reminiscent of wasabi. The sweet plum tomatoes provide the vitamin C! 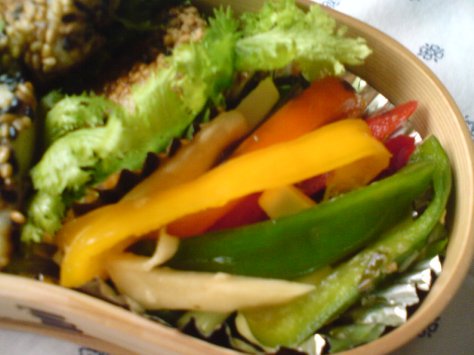 As for the salad, the Missus’ specialty: yam (yamaimo) and pimentoes, fresh ginger all sliced and complemented with konbu seaweed.

No dessert, but the Missus said that the sweet tomatoes sufficiently made for it!