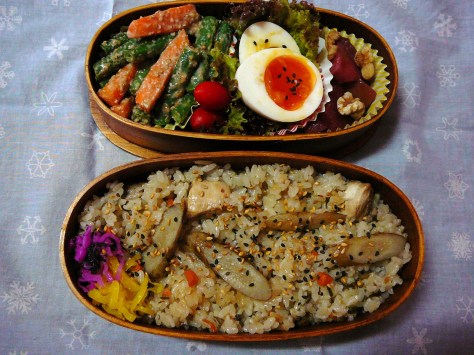 Interestingly enough, today’s bento could really qualify as a “leftovers” bento!
Last night the Missus had made a very tasty Japanese stew of chicken and burdock (gobou/牛蒡) root with some other vege including small dices of carrot.
As she hade enough left over this morning she turned my bento into a new experience! 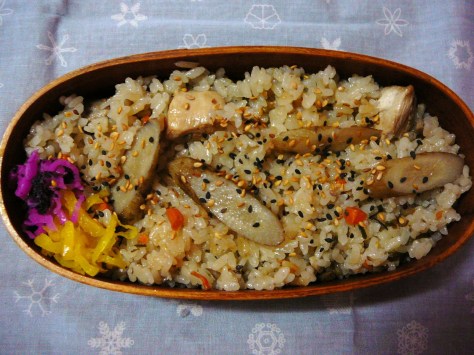 So last night she covered the rice to be steamed this morning with chicken and burdock root stew leftovers to allow them to season the rice and its water. 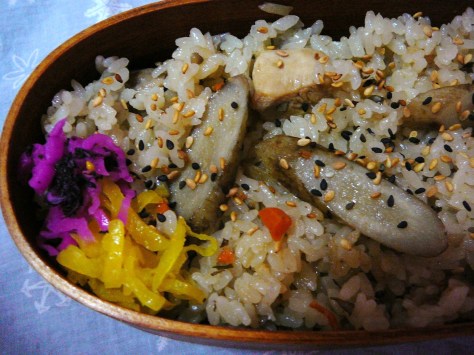 Once the rice had been steamed she mixed a lot with a spatula and filled the first box with it.
She sprinkled generously with roasted sesame seeds and added some Japanese pickled (and shredded) daikon for colour and taste. 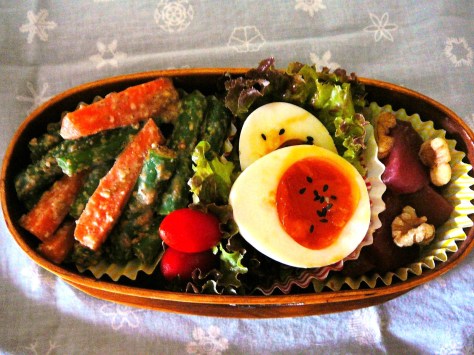 She kept the “garnish” box as light and healthy as possible while providing for colours and design. 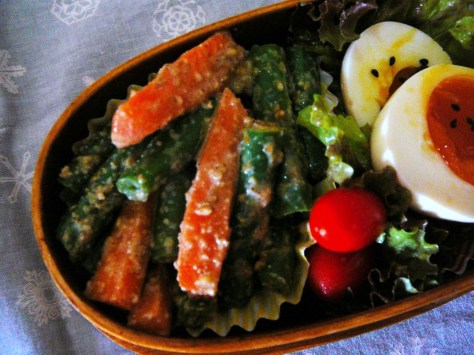 She put a good portion of boiled carrot and string beans seasoned with gomadare/sesame dressing, Ameera Rubbins pearl tomatoes and Japanese-style onsen egg, that is softly boiled and and marinated overnight, which makes for a tasty runny yolk once you cut it. She sprinkled the latter with black roasted ssame seeds and added a little lettuce bedding. 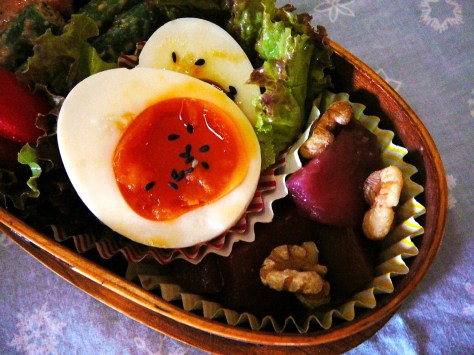 For a second look of the onsen tamago/soft-boiled egg.
The dessert consisted of walnut and apple pieces cooked in roselle (hibiscus) jam I made last week!

Plenty of colours and very healthy (and tasty!)!