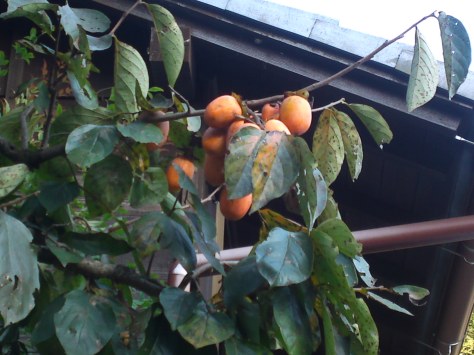 Autumn/Fall is finally arriving in Shizuoka City!
The other day I visited the Mariko Area, one of the main tourist attractions in Shizuoka Prefecture and even in Japan where they were awarded a commemorative stamp! 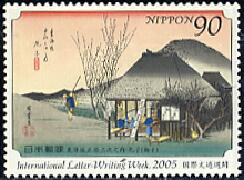 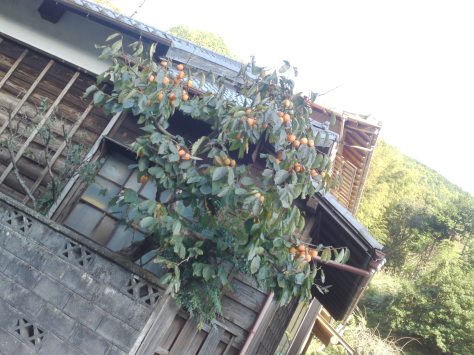 Mariko is naturally an important tourist attraction, but if you walk along the lanes away from the crowds you will discover many farm and old houses worth a second and third look and many camera shots!
let me share the pictures I took on that day with you! 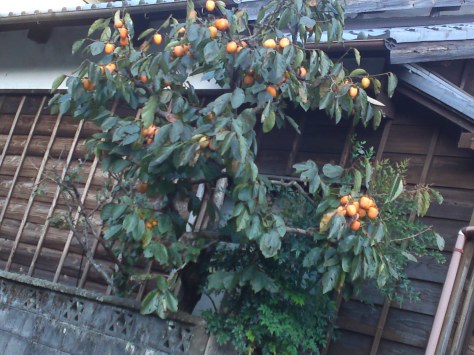 You will find two types of persimmons in Mariko:
Shibu Kaki/渋柿, as above, which are small and pointed and eaten dried as the fresh fruit is too astringent! 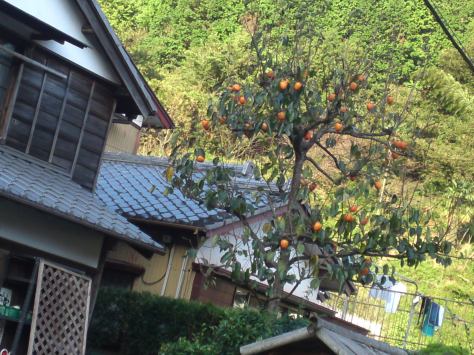 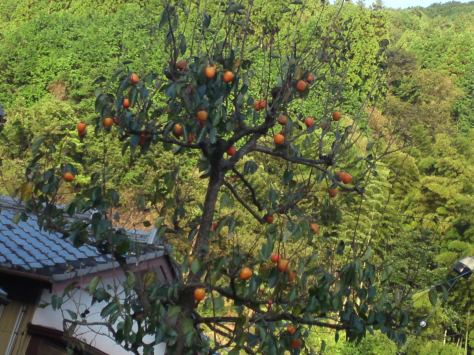 For a closer view.
The very thick leaves are still green.
When those redden they are used as decoration on plates under food in Japanese restaurants! 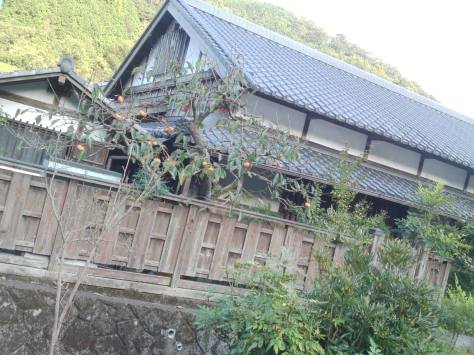 Here is a tree with the second variety of persimmons. 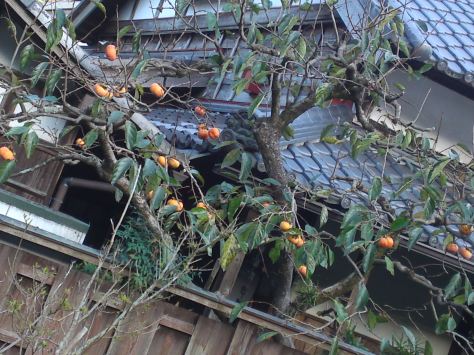 Squat persimmon or Jirou kaki/次郎柿 in Japanese.
Did you know this particular variety was first grown in Shizuoka Prefecture in the 19th Century?
They can be eaten raw as opposite to Shibu Kaki!