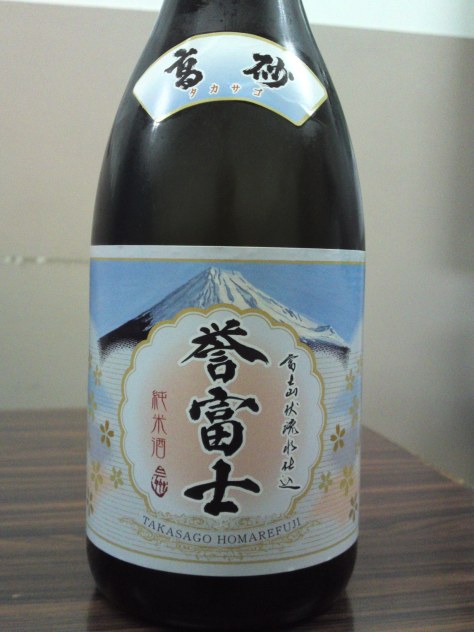 As I said before, with the advent of Mount Fuji and Matsubara Beach being chosen as the New UNESCO World Culture Heritage, the sake breweries have been scrambling to put on sale brews commemorating the event!
Fuji-Takasago Brewery being located on the slopes of Mount Fuji had just to join in with a beautiful retro-style label! 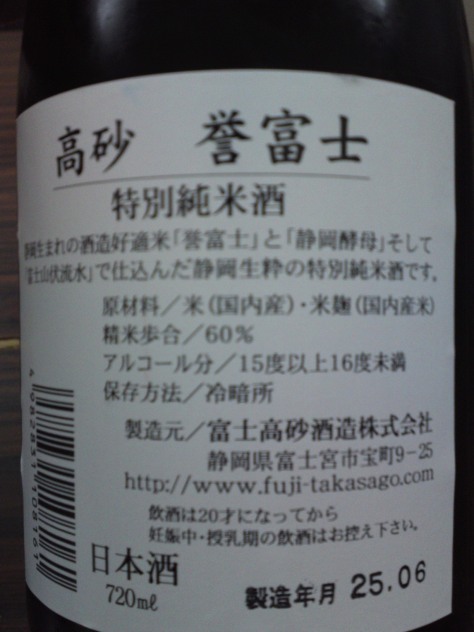 Overall: A typical sake from Fuji-Takasago Brewery.
Shizuoka Prefecture-grown Homare Fuji sake rice seems to come into many intriguing guises demonstrating that the same rice with basically the same water and yeasts can give birth to a great variety of bectars! 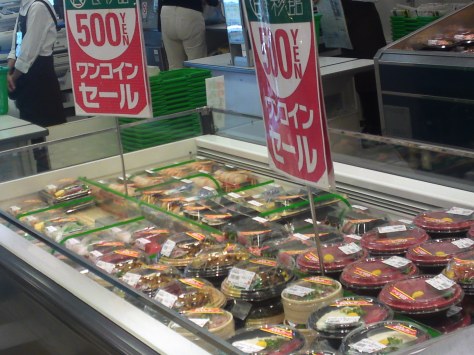 Let’s start with the big supermarket on the first (ground) floor Of Parche Department Store located above and around Shizuoka JR Station!
First go to the fish and seafood area at the very end of the supermarket near the fish stand where they conduct interesting sushi lunch set sales!
500 yen a box is cheap away from Japan! 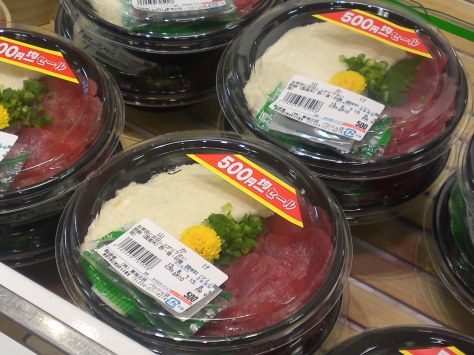 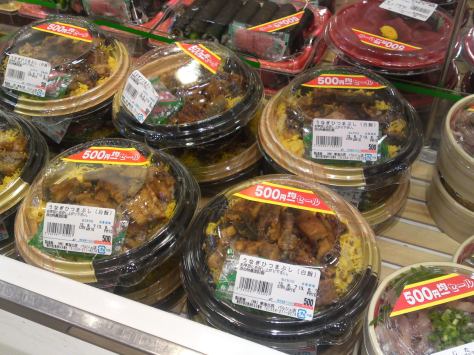 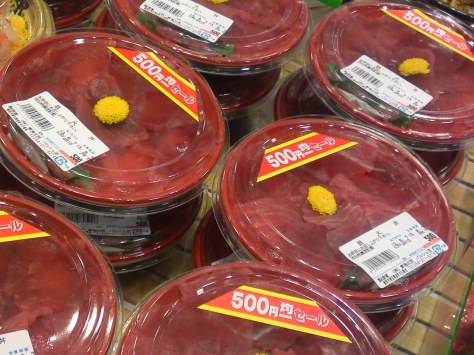 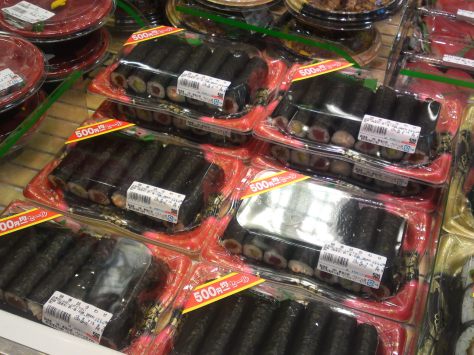 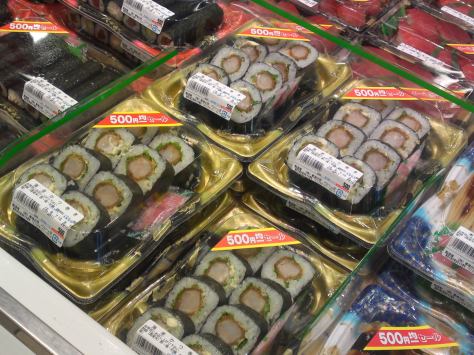 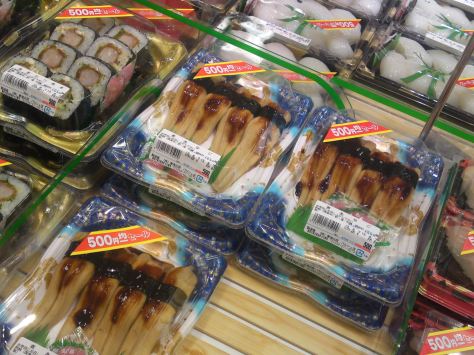 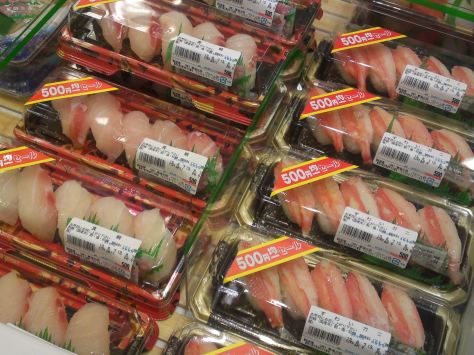 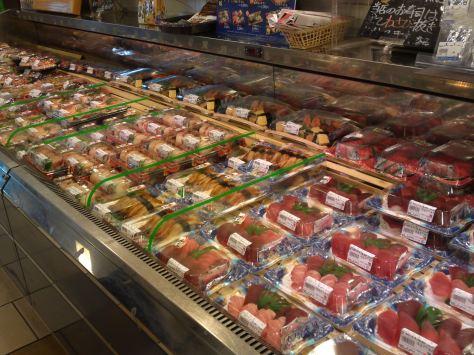 A general view of the sushi takeouts you can purchse till evening! 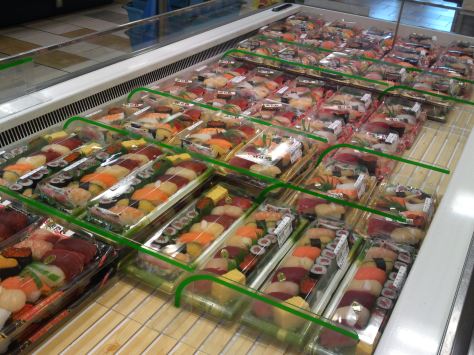 Next time I’ll take you to another part of Shizuoka JR Station Parche Department Store! 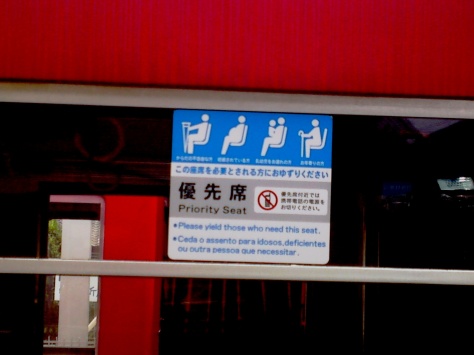 When the omission of a single word can lead to confusion!

I found this sign posted on the window of a local train in the west of Shizuoka Prefecture!
To think that so many English-speaking people are available….

For your information the sign reads:
“Please yield those who need this seat”

One of the great gifts of the summer season surely is nature’s bounty of fresh fruit and vegetables. Two local fruits, harvested in early summer, are of particular appeal to us because of their usefulness as adjunct ingredients in beer: ume and biwa. Fresh, whole, non-processed fruit that is added to either wort or beer and then subject to the fermentation process can lend wonderfully bright, yet subtle and nuanced, flavors to the final brew.

We are thrilled to share our enthusiasm for this type of locally harvested, in-season fruit beer brewing with you through the release of two classic Baird Beer summer seasonals: Japan Tale Ale and Asian Beauty Biwa Ale.

Brewed with a host of indigenous Japanese ingredients (un-malted wheat, korizato sugar, fresh ume plums and, of course, lovely soft Numazu water) Japan Tale Ale is lightly hopped, pleasantly tart and extremely refreshing. It’s hazy, milky-white color and snow-white foam collar are reminiscent of a Belgian witbier. It drinks, though, like a beer version of a well-made ume sour (a popular drink served in traditional Japanese pubs that is made with distilled shochu and plums and served carbonated on ice).

We are now accepting orders for Japan Tale Ale 2013. Shipments from the Numazu brewery will begin Tuesday, August 6. It will begin pouring from the taps of our Taproom pubs tonight (Monday, August 5). It is available in limited quantity in both kegs and bottles.

Biwa is “the small, yellow, edible, plum-like fruit of the loquat tree.” We had no idea what it was until our partner-friend-carpenter-farmer, Nagakura-san, brought some in several years ago for us to taste and then brew with. It is an extremely subtle fruit that harmonizes sweetness with tartness. Asian Beauty Biwa Ale is coyly fruity, spritely effervescent and delicately firm — like a true Asian beauty!

We are now accepting orders for Asian Beauty Ale 2013. Shipments from the Numazu brewery will begin Tuesday, August 6. It will begin pouring from the taps of our Taproom pubs tonight (Wednesday, August 7). It is available in limited quantity in both kegs and bottles.

Thank you all for helping us celebrate the Fishmarket Taproom’s 13th anniversary last month. But don’t put down those glasses yet! Harajuku Taproom will be celebrating its 4th Anniversary this weekend (Saturday, August 3rd and Sunday, August 4th)! Events are rare for our youngest taproom, so we always plan to go big for our anniversary bash! First, we have the release of Harajuku Taproom’s Special Anniversary Lemon Lager, which will be followed by a list of seasonal Baird favorites including:
Bakayaro Strong Ale
Temple Garden Yuzu Ale
Cool Breeze Pils
The one-keg only early release of Japan Tale Ale
The Harajuku Taproom and Alias Collaboration Beer: Second Strike Apple Ale
Summer Mikan Ale
And of course, Baird Brewing’s full lineup of year-round beers!

Many of these are one-keg only, so don’t miss your chance to get a taste of these fantastic seasonal treats!

The kitchen will also be preparing special anniversary dishes. This year, our famous anniversary gyoza will feature Iberico pork! Portions are limited, so we apologize if we run out early! Besides our delicious yakitori, kushi-katsu and sashimi are just a couple of the special dishes we will have to offer this weekend, so make sure to grab a bite with your beer!

In order to accommodate as many guests as we can, we will create standing-only sections as well. We thank you for your cooperation! So come on down to Harajuku and help us celebrate our 4th! The Taproom staff are ready to make sure you have a great time!