Fire hydrant manhole covers, or more precisely manhole covers over water and water Tanks accesses for firemne were among the first to be decorated by municipalities with other water access manhole covers and come in three distinct kinds of motifs, either round or rectangular:
1) Fire trucks, firemen and Firefighter’ symbols
2) Regional symbols
3) Abstract symbols 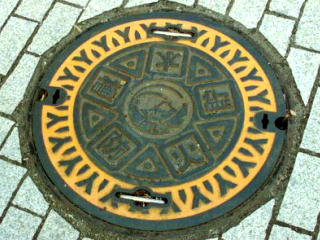 Can you distinguish the sakura ebi/cherry shrimp in the middle of this manhole cover in Yui, Shimizu Ku, Shizuoka City? 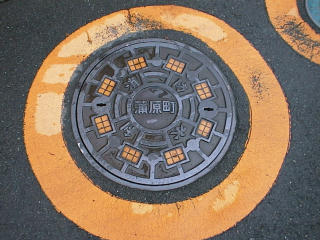 Similar in design but less intricate in Shizuoka City!

An old type in Ryuuyoo now merged into Iwata City! 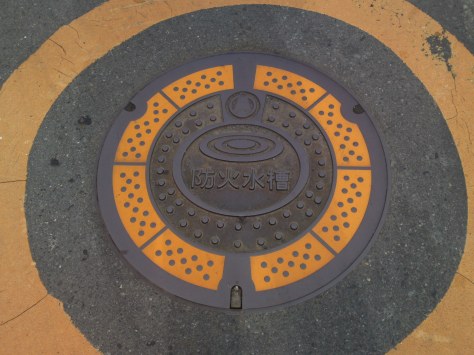 Yoshiwara in Fuji City has at least 3 varieties on that design! Check the central motifs! 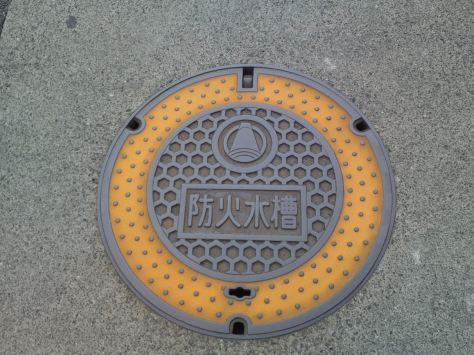 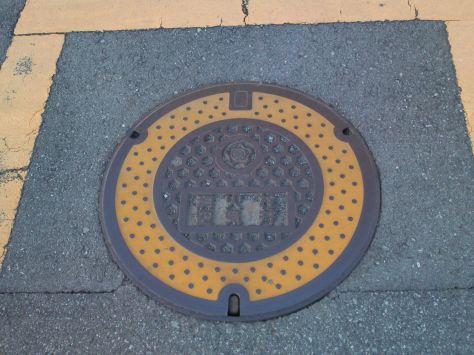 Similar typpe, but in Fujinomiya City! 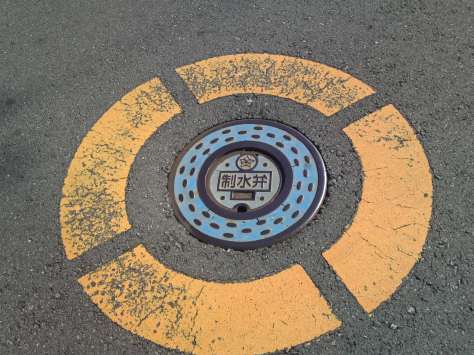 A smaller one in Yui, Shimizu Ku, Shizuoka City, but use clearly indicated by yellow paint circle! 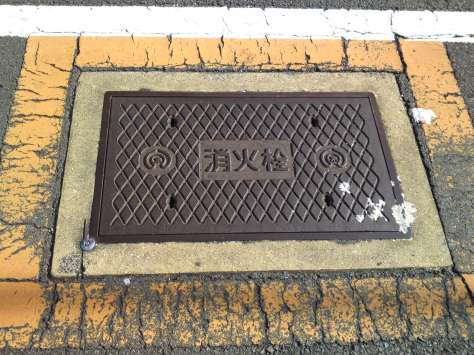 Rectangular fire hydrant manhole covers are also quite common but a second look will tell you soon enough that there are many differences in general motifs and city crests!
Found in Shizuoka City! 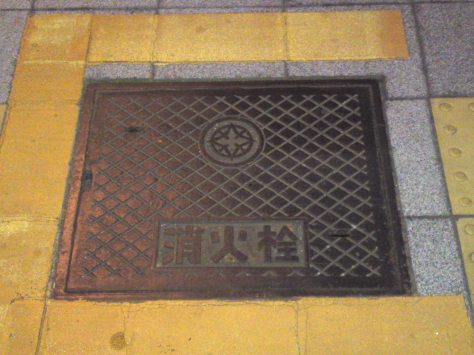 An ancient one in Shimada City! 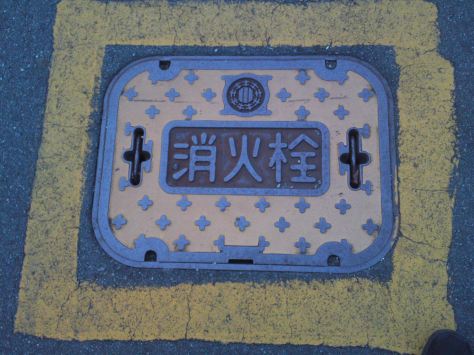 A smaller ancient one in Kikugawa City! 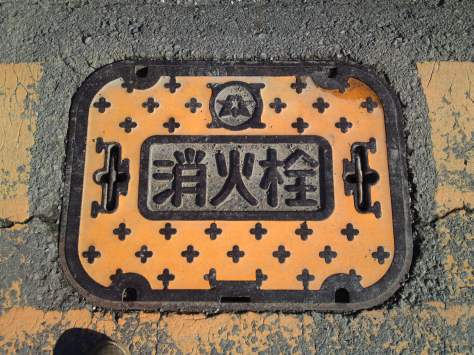 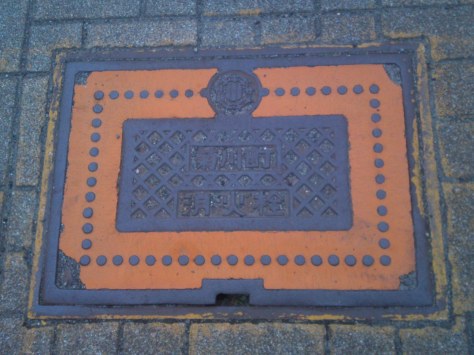 Found in Kikugawa City, but still bearing “Kikugawa Cho” as it was called before being upgraded to city level!

There are also quite a few types in Kakegawa City which saw so many vilages merged into the city! 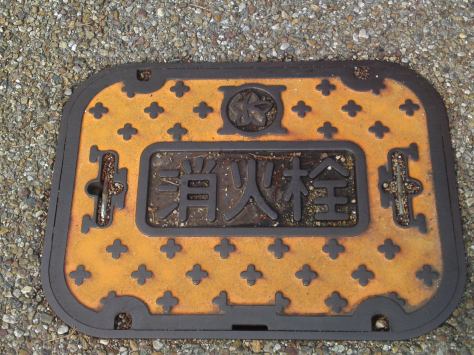 Similar as above but smaller in Kakegawa City!

A different type in Kakegawa City!

Found in Atami City, although it is a type found elsewhere!

Such rectangular manhole covers cut with a diagonal line are not very common and might denotate a different foundry!
Found in Shimizu Ku, Shizuoka City! 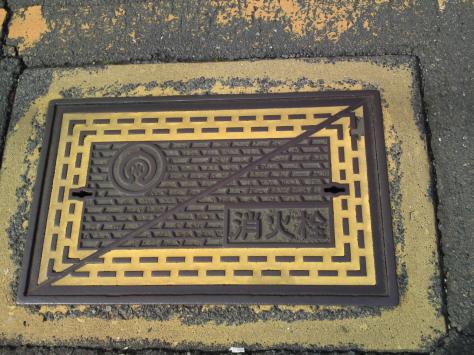