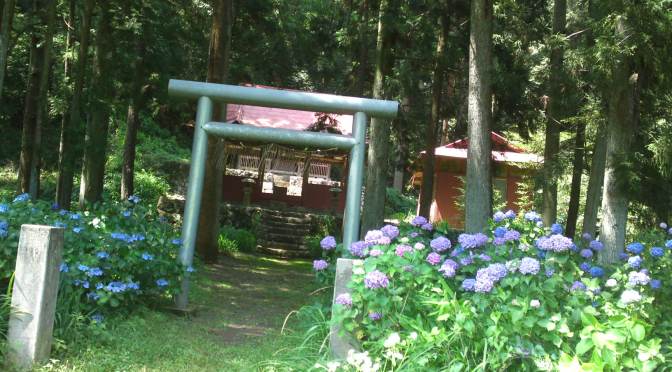 There are many practically forgotten Shinto Shrines along rivers and the foot of mountains in Shizuoka Prefecture due to the moving of population away from the rural areas.
The other day it took me no less than 4 hours on my old bicycle to find Ashitsuki Shrine up along the Ashikubo River in blinding heat but it certainly was worth the effort as it has been almost completely forgotten by the locals who had problems to inform me!
It was only when I found myself only 200 meters that someone confidently pointed me the way! 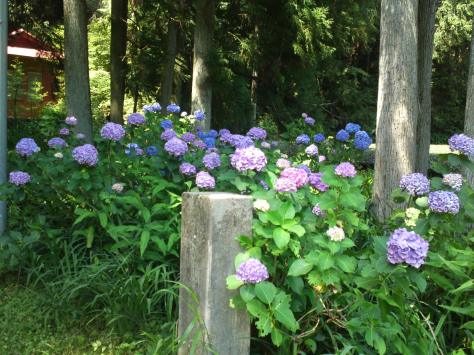 it is completely hidden from the view from across the road or river. And the only way to find it is to go down form your bicycle and push it along. That is, if you are not a local!
It is completely surrounded with trees and the entrance is invaded by beautiful hydrangeas! 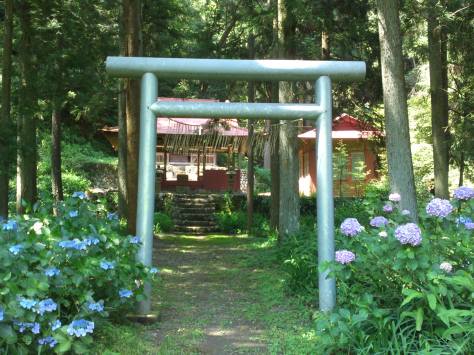 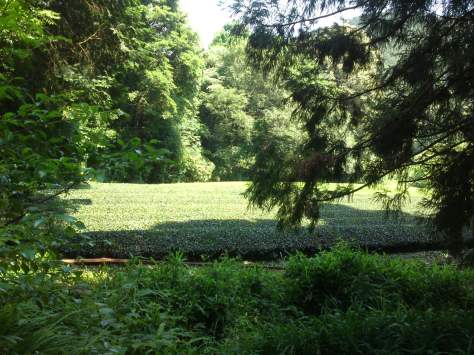 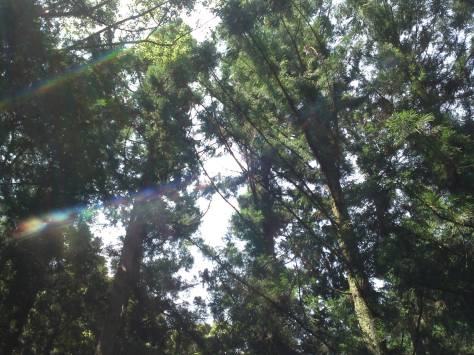 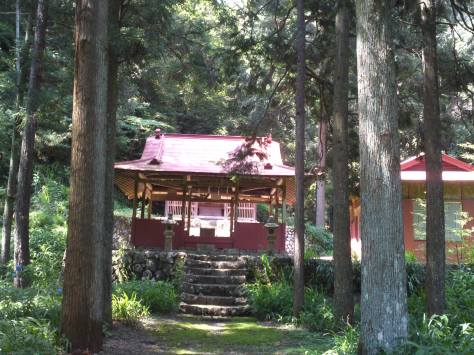 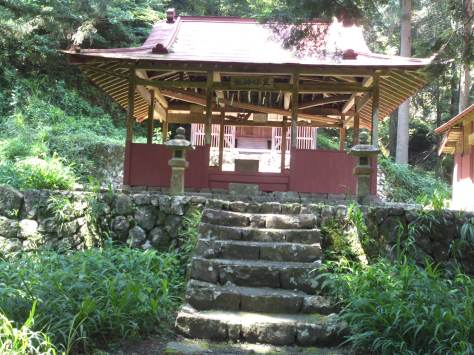 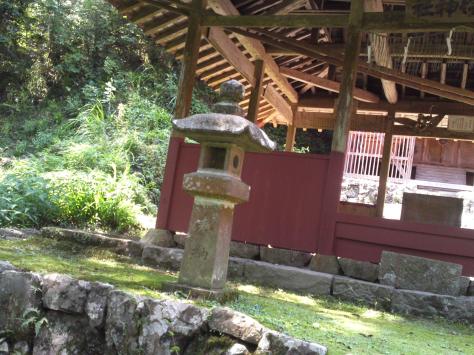 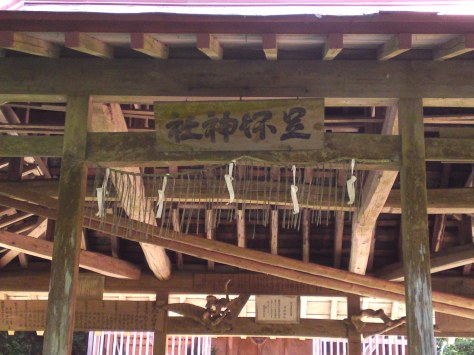 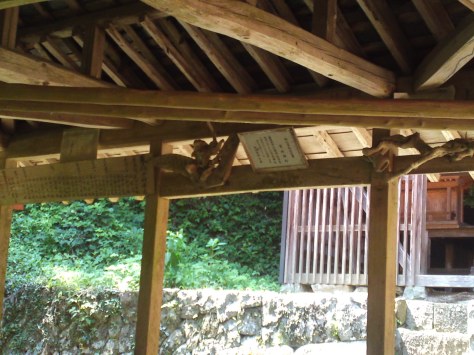 Actually for its look of abandonment, the shrine is still being used for local matsuri/festivals! 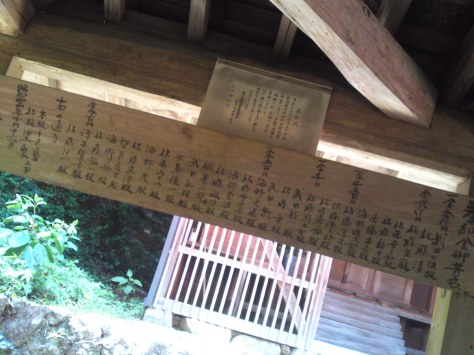 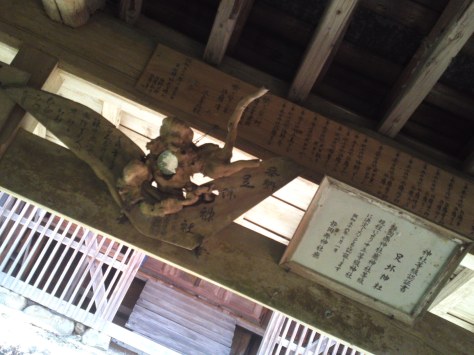 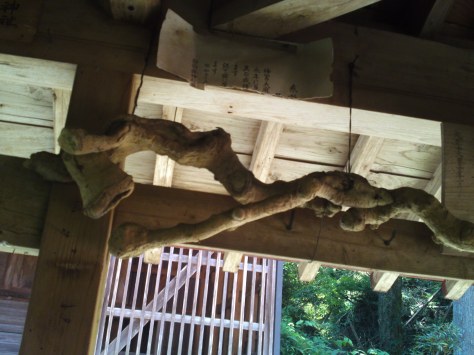 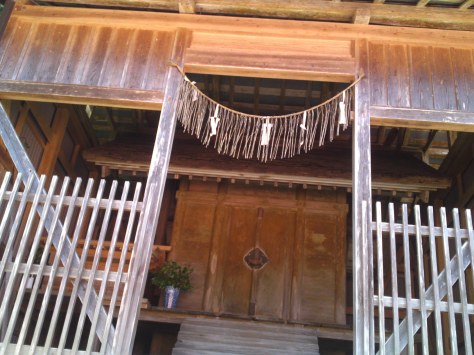 There was another smaller shrine behind with closed doors! 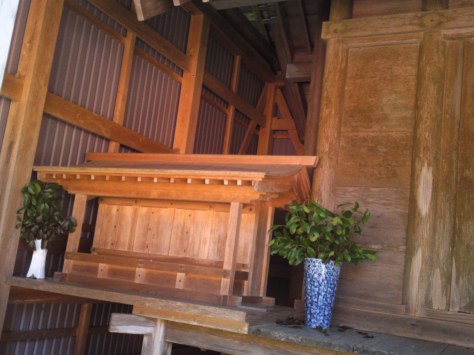 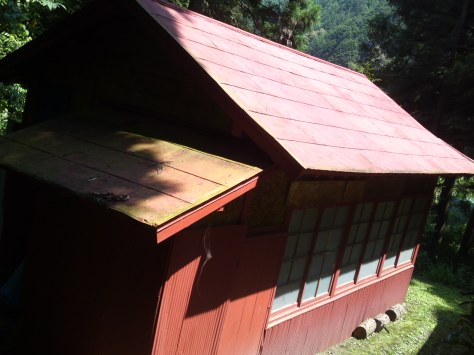 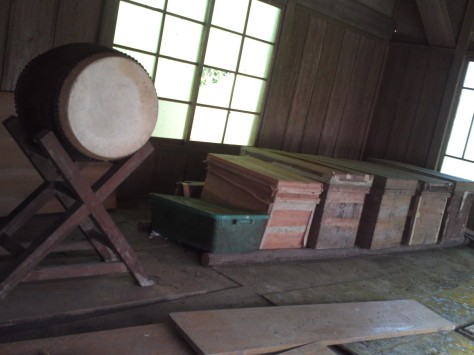 I managed to open it and discovered a festival drum and empty tea boxes! 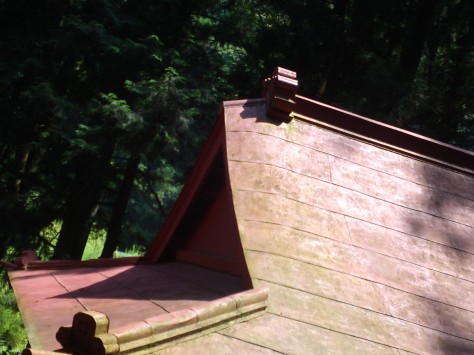 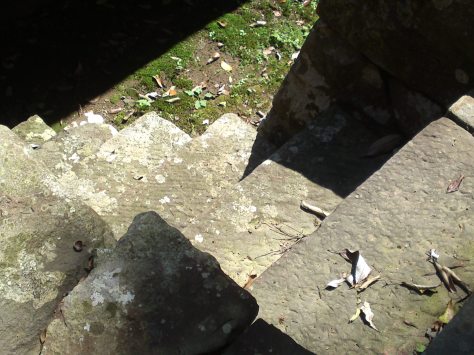 Back down very old stone stairs! 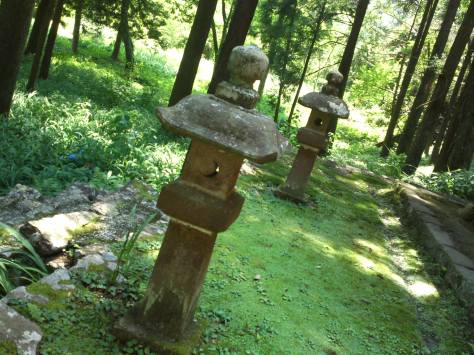 A last look at the stone lanterns! 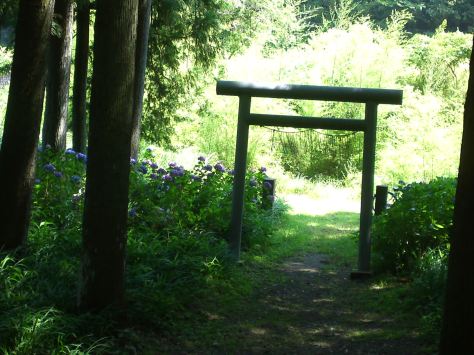 A last farewell before hitting the road!