As I was cycling along the Abe River in Shimo (下), Aoi Ku, Shizuoka City, I barely noticed this torii gate on my right against the wooded slope!

Naturally I turned back, got off my bicycle and started exploring the alley between old cedars past the torii gate! 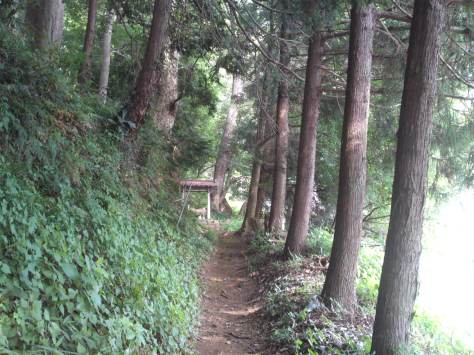 What is that in the distance? 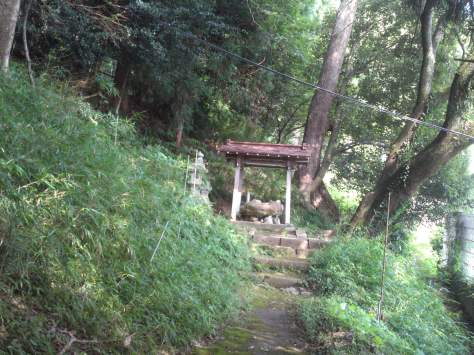 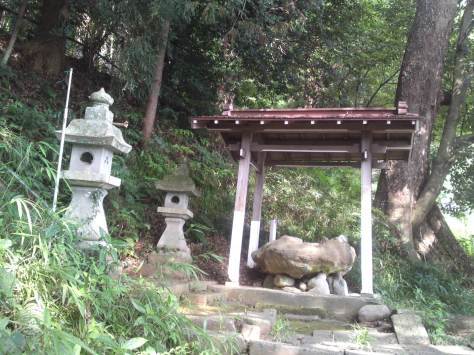 A hand-washing stone basin and its awning! 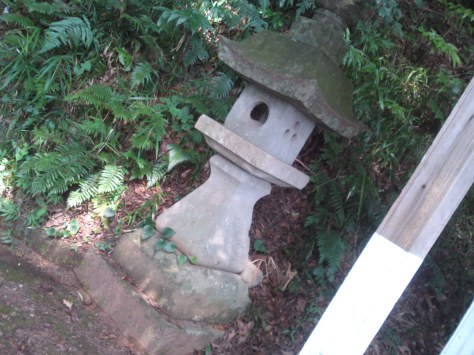 Stone lantern at the bottom of a flight of stairs!

The flight of stairs leading to the main shrine! 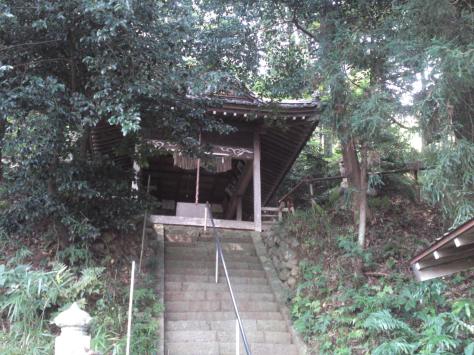 Very much against a steep slope! 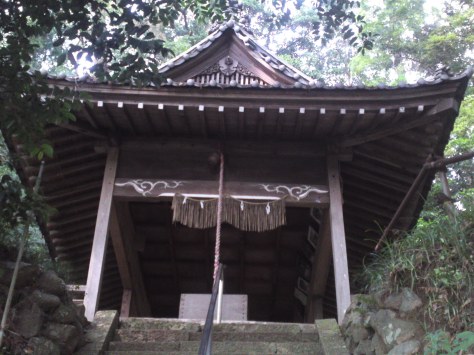 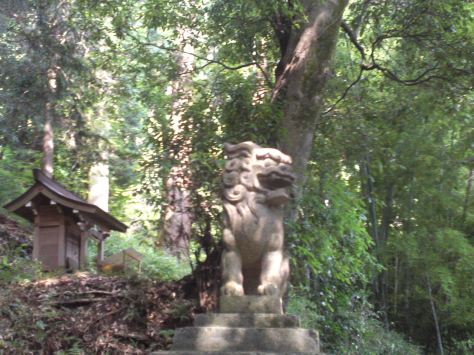 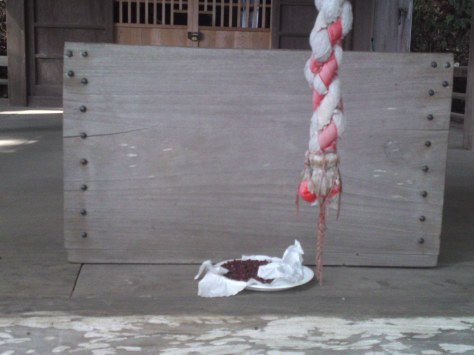 An offering of red beans from a local farmer!

The shrine has been used for a long time by local farmer as witnessed by the old photographs!

The back of the shrine sheltering festival tools and an altar!

Looking back at the hand washing stone basin downstairs!

i discovered an older and smaller flight of stairs almost hidden on the right! 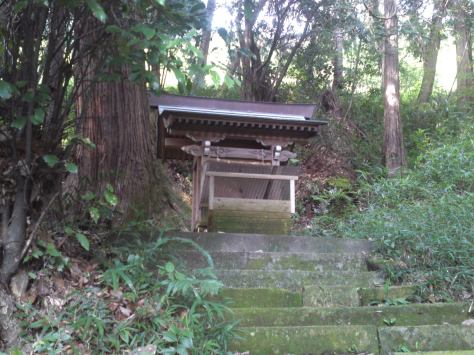 An older and smaller shrine! 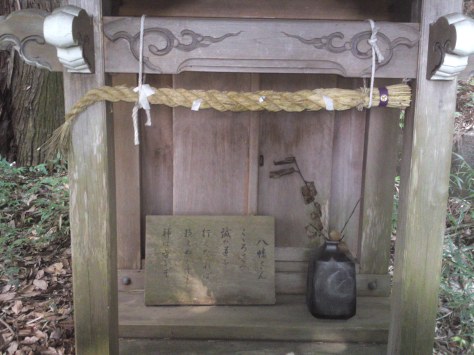 The rice straw garland proves it is still much venerated! 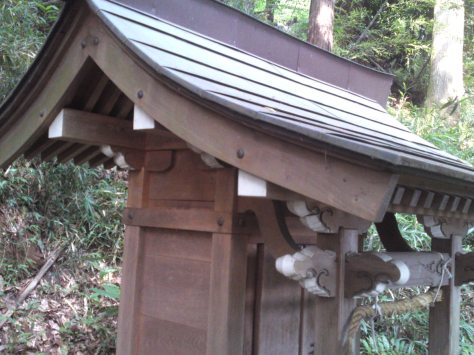 The roofing is in good repair! 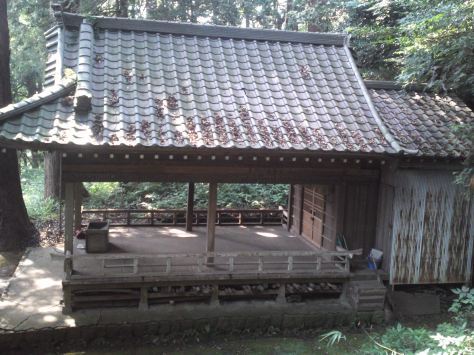 Looking down at the main shrine! 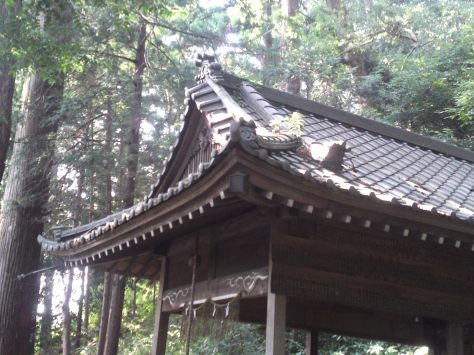 Robust roofing there, too!

Many old names of local faithfuls! 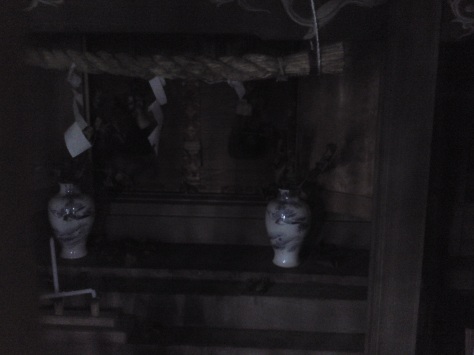 I tried to peek inside to look at the altar but it was too dark! 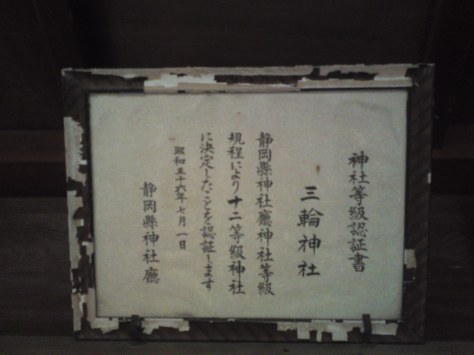 That is how I found the name of the shrine!

This seemingly old picture was taken in 1975! 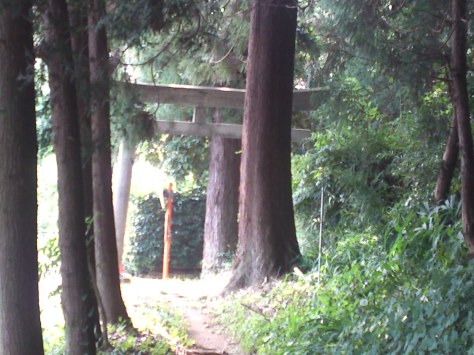