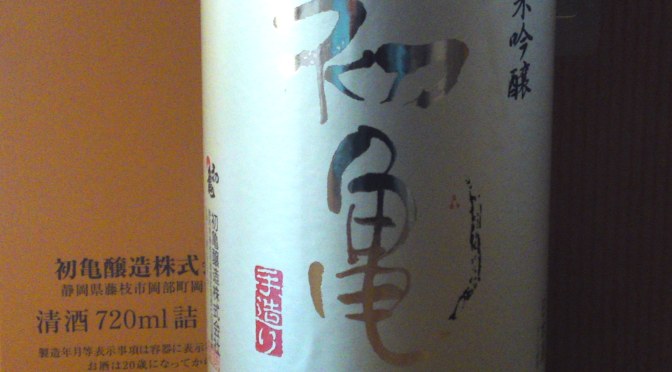 What I like about the sake brewed at Hatsukame Brewery in Okabe, Fujieda City, is that the brewery makes a sterling effort to present it beautifully! 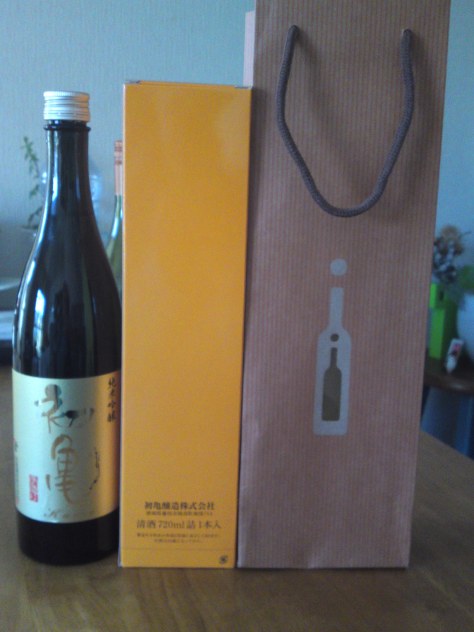 This certainly made for a great present! 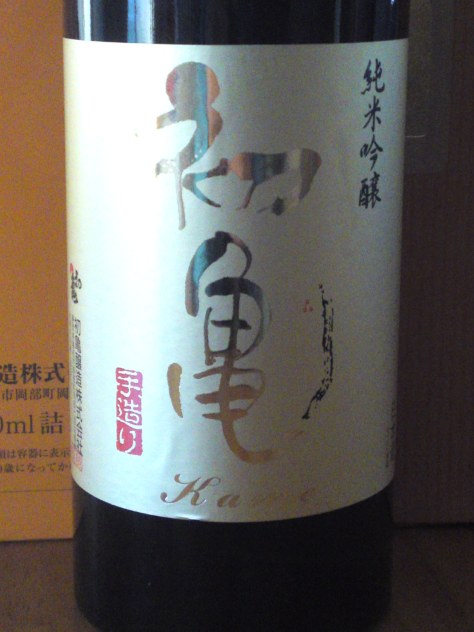 This junmai ginjo simply called “kame/Turtle”, a sign of prosperity in Japan has been a long seller for quite a while! 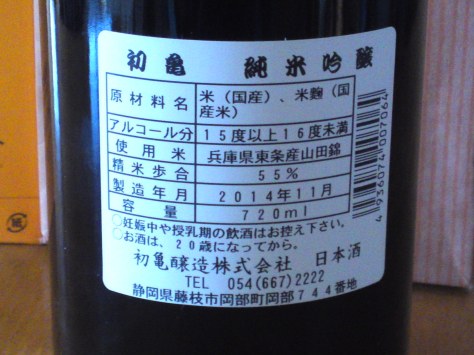 Overall: an eminently elegant sake one can enjoy as a semi-sweet sherry wine or instead of a white wine similar to an Alsace white at any time of a meal, although I best enjoyed it on its own.
Would do superbly with appetizers of any kind. Enhances cheese in particular.
A superb sake for a special occasion!