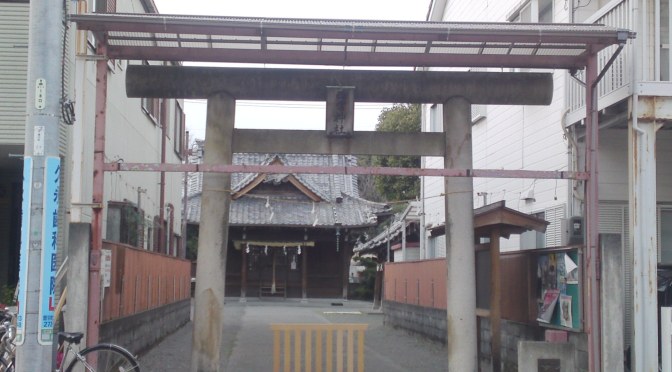 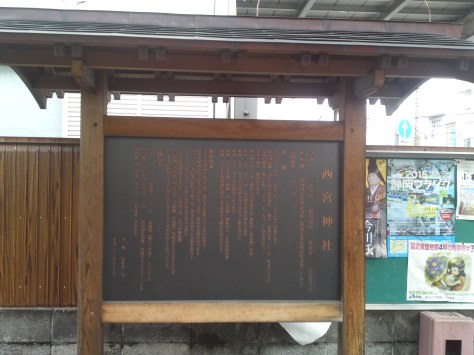 Along the Tenmacho Street, not far from Cenova Department Store in Aoi KU, Shizuoka City stands an old Shinto Shrine dedicated to the God of Merchants and Fishermen, Oibessan also known under the names of Ebessan and Ebisu! 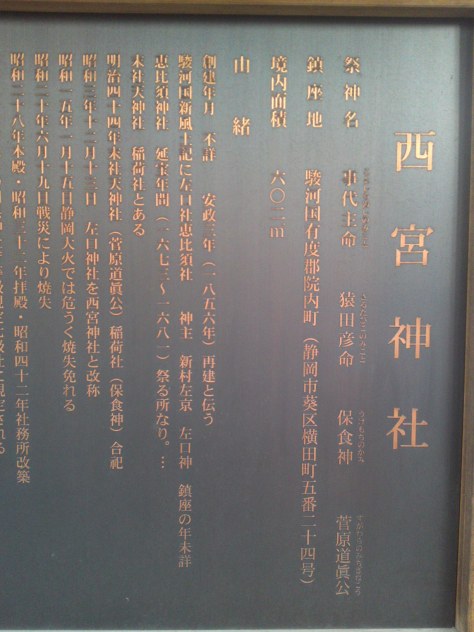 Although it was last rebuilt in 1856, it is said to date back as afar as the 8th Century.
It is under the jurisdiction of the Nishinomiya Shrine in Tokyo. 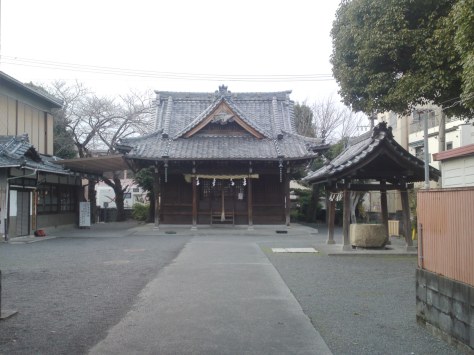 It is a comparatively simple shrine in a very quiet place, unassuming at first glance, but if you know how to look you will discover some interesting details! 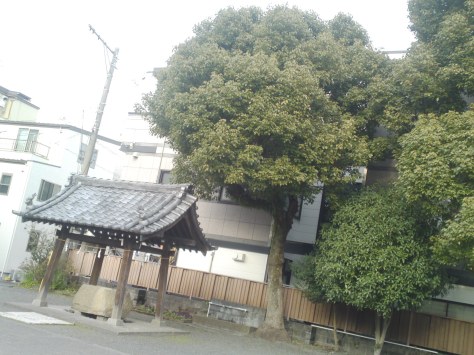 The roofed hand washing stone basin and a couple of old trees which have somehow survived! 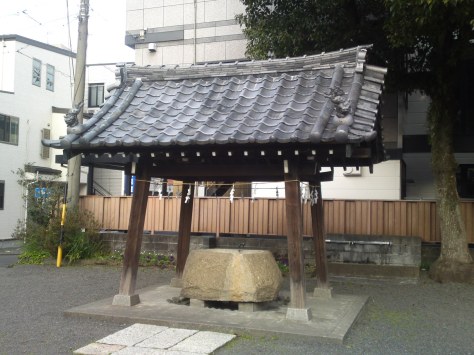 Have a good look at the small roof! 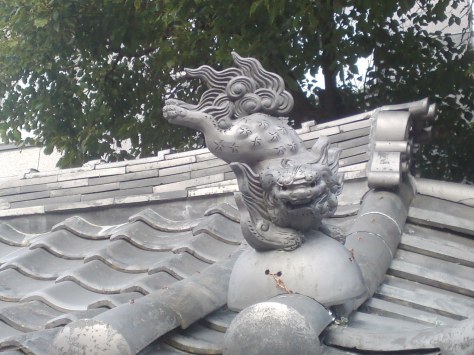 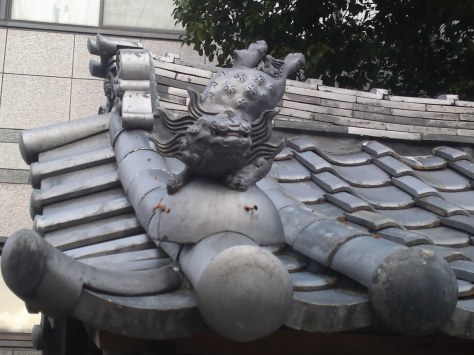 And its companion on the left side! 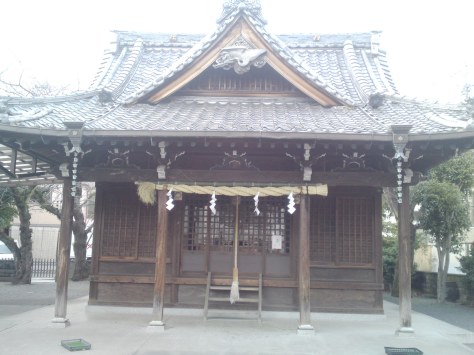 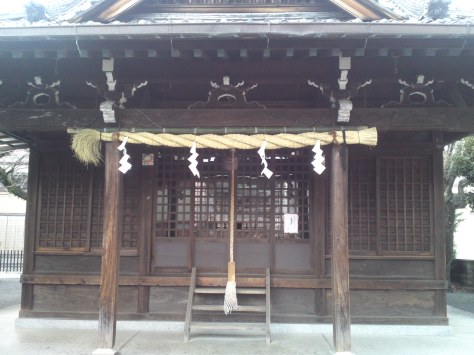 The rice straw garland (“shimenawa”) and the bell rope but no money offerings box (“saisenbako”)? 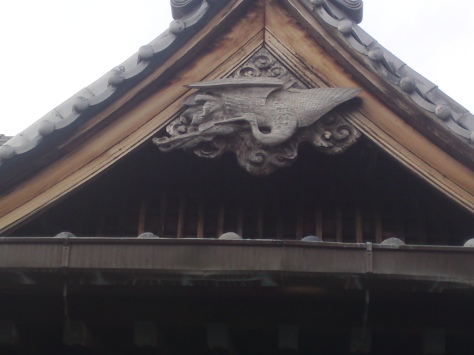 Unusual and exquisite wooden crane, a symbol of good luck! 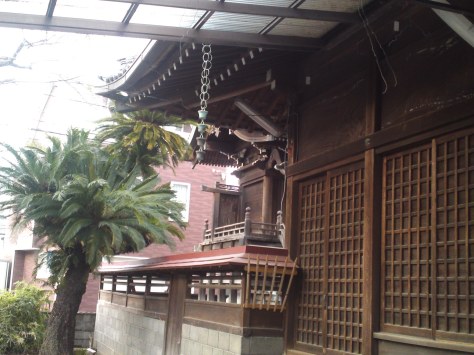 The main building hides and older original shrine at its back! 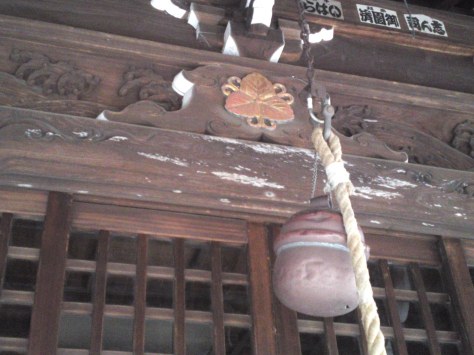 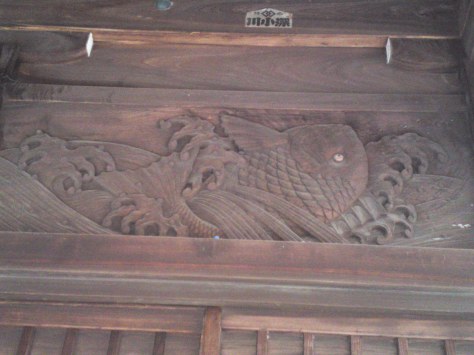 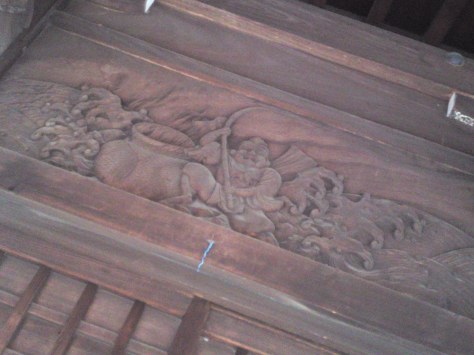 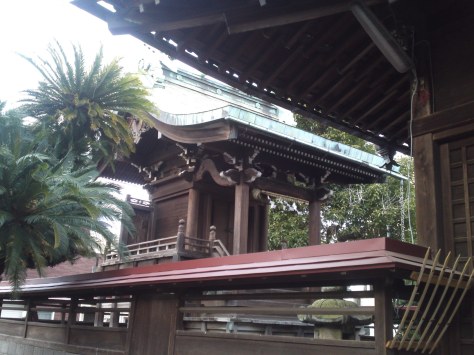 The older shrine at the back! 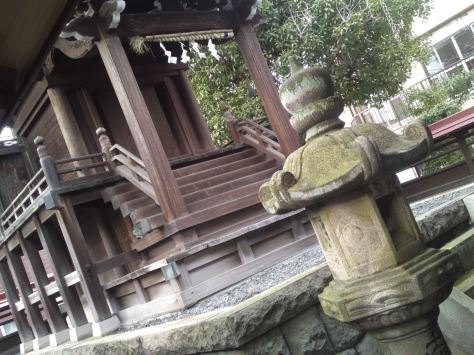 An old stone lantern with a cloud motif! 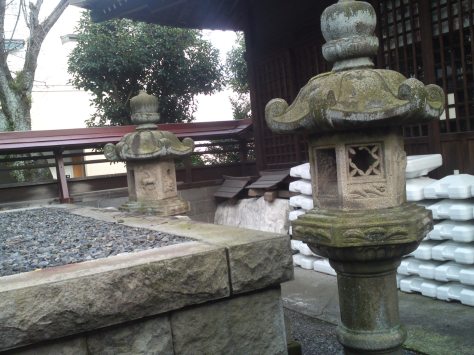 Another stone lantern at the far back with a deer motif! 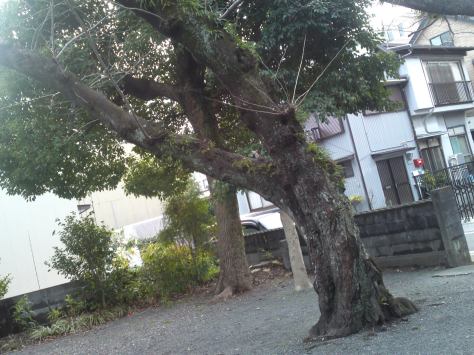 The oldest tree at the shrine! 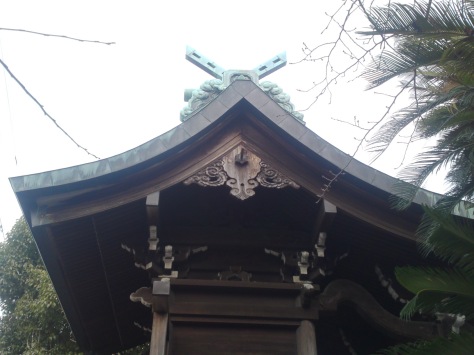 The older shrine from the back! 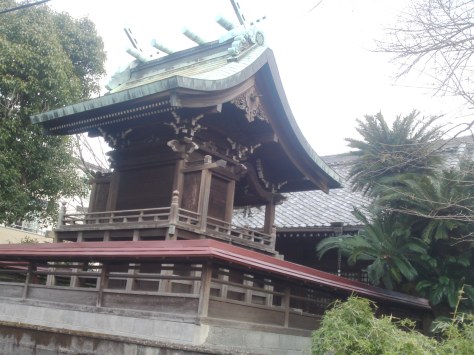 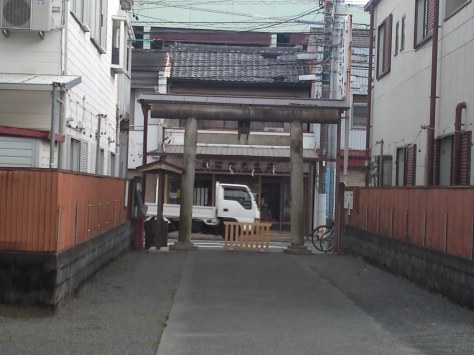