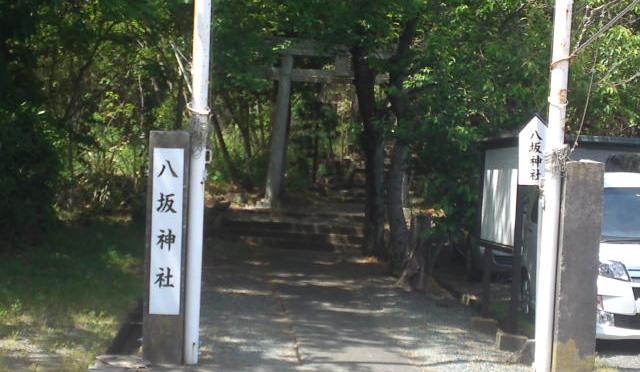 The other day I actually spent 3 hours waling from Sakurabashi Station, Shizutetsu line to Shin Shimizu Station circling around under the very mountains. before crossing Route 1 to turn back to the latter station I discovered the entrance of that particular shrine at the bottom of a lonely “hill”.

It wasn’t that big, but the flight of stairs was so tempting!

Made of concrete, the torii/main gate and its plaque are not that old, but they were already pretty worn out.

The flight of stairs is climbing through a bamboo copse.

The “haiden/main hall for worshippers”!

More stone lanterns. I wondered about their motifs.

A stag for one!

Let’s have a look at this other more recent stone lantern!

A doe and a cloud!

Beautiful enough for another picture!

But I must say I was most impressed with the “komaini/Shishi/lion guards!

The left one, always a mouth-shut lion, with its paw resting on the back of a smaller one!

The right one, always with its mouth open!

With its paw on a ball!
Notice the unusual red painting!

The “haiden/main hall for worshippers!

A smaller torii/gate at the back!

The “honden/God’s hall” closed to the public!

The back of the honden!

The pinion denoting that this shrine is dedicated to a female Goddess!

The whole place is surrounded with ancient pine trees!

Taking a peek at a dragon under the roof of the honden!

A last look at the roof and pinion!

There was another small shrine or “kamidana” behind the haiden past the small torii!

Related with the Isei Shrine in Mie Prefecture!

A last look again at the honden!