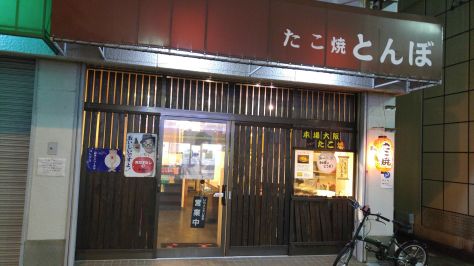 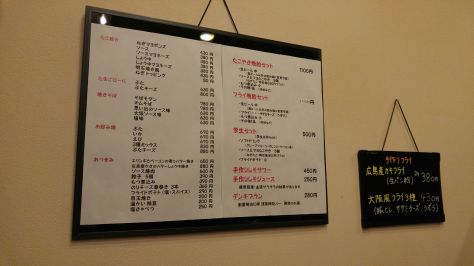 Tonbo in Shimada City is fast becoming a habit!
Very simple, unpretentious and so Japanese. The more for it that it seems to take you back 40~years ago! 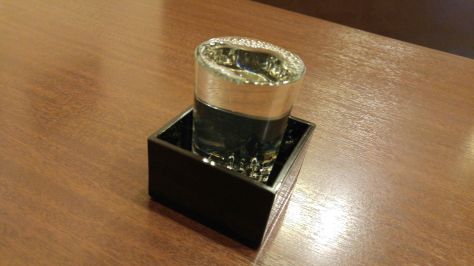 This time I had decided to sample their okonomiyaki!
But before that I had my glass of Oomuraya Brewery sake a few minutes walk away! 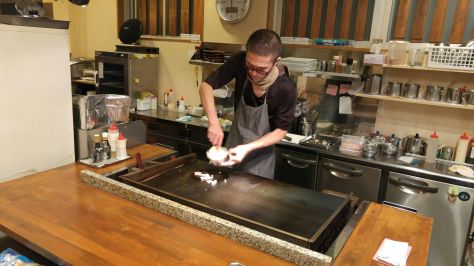 All orders are prepared as they come. No cheating there!
Moreover the chef is always happy to let you take photographs! 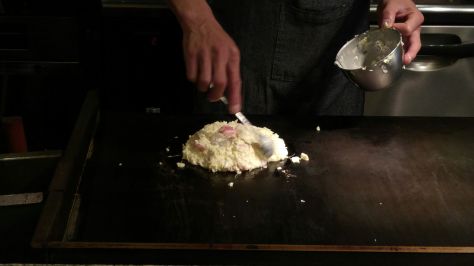 First of all a mixture of batter and shredded cabbage is poured on the hot plate and bacon added later! 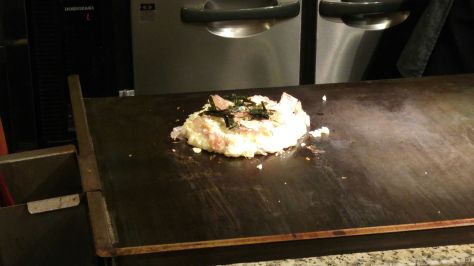 Squid, shrimps and dry seaweed were then added! 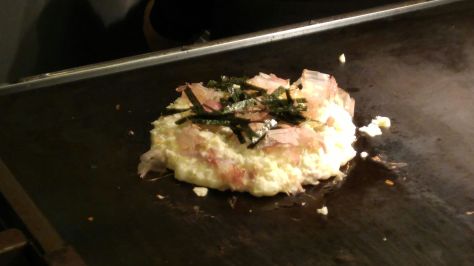 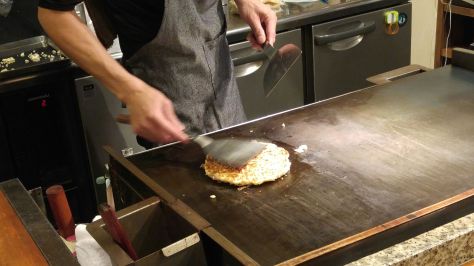 It is then turned over to cook the other side! 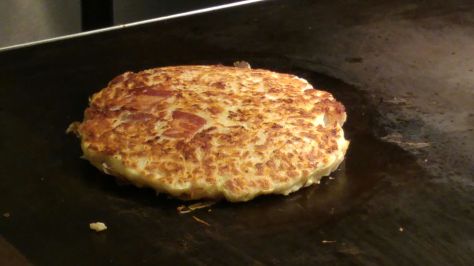 Cooking to a crisp outside! 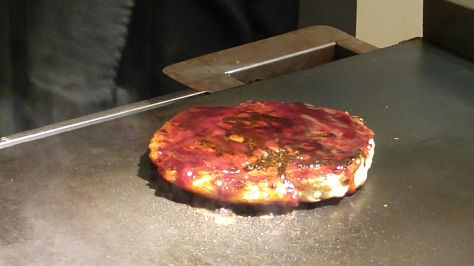 Once cooked it is then basted with a tomato-based sauce and a BBQ sauce! 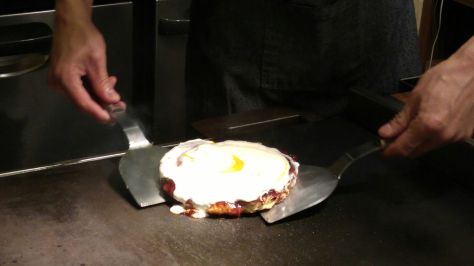 It is finally covered with a mayonnaise-based sauce and finished with an original sauce! 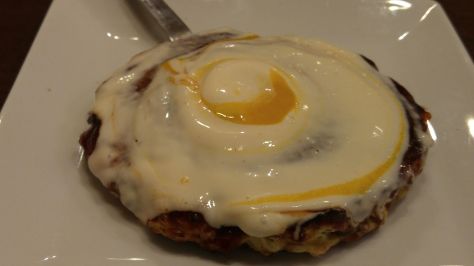 It is then served on a plate with the metal spatula for easy cutting! 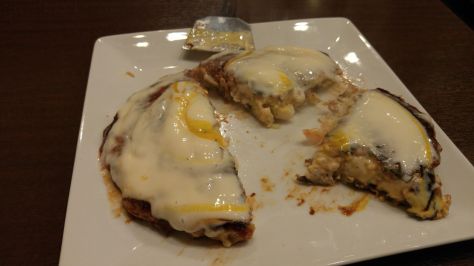 Once cut it even looked yummier! 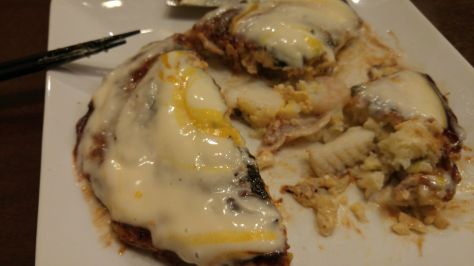 A whole meal in itself!

I will report on their yakisoba next!