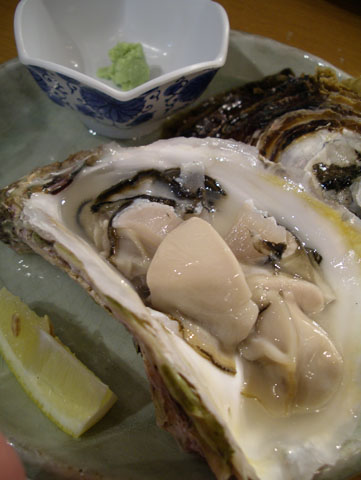 Oysters! One would be hard put to find a produce from the sea more internationally recognized as a gourmet’s choice! Moreover, it is the only shellfish you could survive on if you got marrooned on a desert island! It is a complete food in irself if consumed raw.
For a long time (that is before coming to Japan), I had thought that my country, France, was the place to eat them. Well, I must admit it was a little pretentious from me, especially in the light that more than half of the oysters consumed back at home originated from Japan!

Now the Japanese has come with many ways of appreciating them:

As in the picture above they would eat them as sashimi with a dash of wasabi and soy sauce.

-Or just a little lemon juice as in Euope, Americas or Oceania. 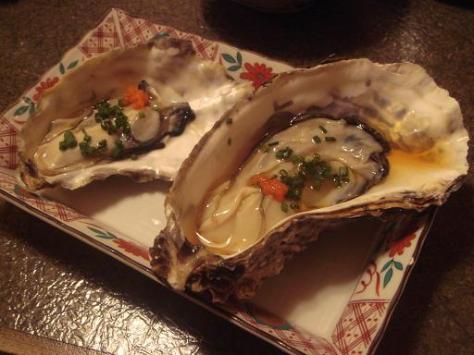 -Or in another Japanese fashion, with ponzu and momijioroshi (succulent!) 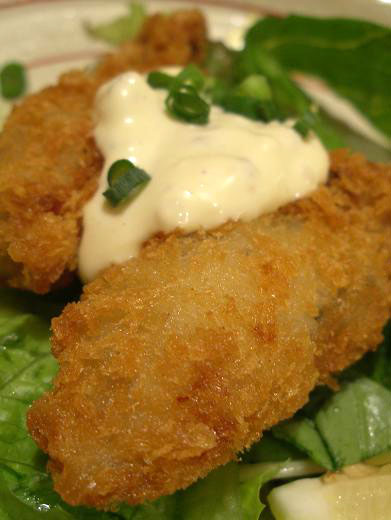 -Or, and here Japanese and foreigners are simply crazy about them, as “kakifrai”, deep-fried oysters in batter and breadcrumbs with a nice tartare sauce!

-Or finally, and I would recommend the experience to all foreigners, as “kaki-gohan”, either with oysters steamed together with the rice, or cooked apart in light broth poured over a bowl of freshly steamed rice!

Of course, any good sushi restaurants will serve oysters as nigiri or gunkan!

In Japan, oysters come from various areas, mainly Hiroshima, Iwate and so on.
As for Shizuoka Prefecture, oysters mainly come from Hamanako inland salted lake near Hamamatsu City.