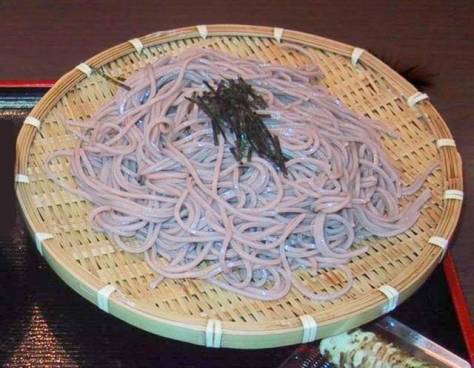 I’ve been asked for some time how to make your own soba/buckwheat noodles at home.
It is not that difficult, although you might need some particular tools.
Here is a simple recipe from which you can freely improvise.

Pour buckwheat flour and Wheat flour into a large basin/pan and mix well.
Pour in one third of the water slowly in a thin flow. Mix with tip of fingers.

Repeat step 1 twice again until you obtain a fine mixture.
Work as fast as possible.

Once satisfied with the uniformity of the mixture, press hard with your knuckles.

Once the flour has changed into one lump, fold and press with palm of the hand.

Repeat Step 5 until lump has become shiny. Fold into a ball.

Shape the lump into a pyramid.

Turn pyramid onto its tip and press hard as to form a saucer.

Once you have spread the lump until the square has diminished to a 2 mm thickness, first sprinkle some buckwheat flour all over the surface and fold in two.

Cut soba lump with the heavy chopping knife, using the wooden guide board for even cutting by shifting the guide board slightly after each cut.

Bring a large large pan of water to boil, drop noodles into water separating them between your fingers as they fall out. Boil for 2~3 minutes stirring with long chopsticks.

Take noodles out of pan (the soba tsuyu/soba soup can be used hot later) with a sieve and coll down under running cold water. Drain.

Serve onto plate with or without dry seaweed, wasabi, soba soup or whatever you feel like.
You could also make maki with the same soba.
Variations are many! 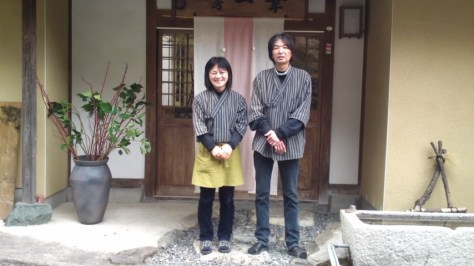 If you feel energetic (mind you, you can go there by car, but then no alcohol! LOL), take your bicycle and venture in the mountains of Mariko, one of the most celebrated stages on the Old Tokaido Road.

After all, it is only a 50-minute ride from Shizuoka JR Station. You can also take a bus until very near and walk for 1.5 km through real rural Japan! 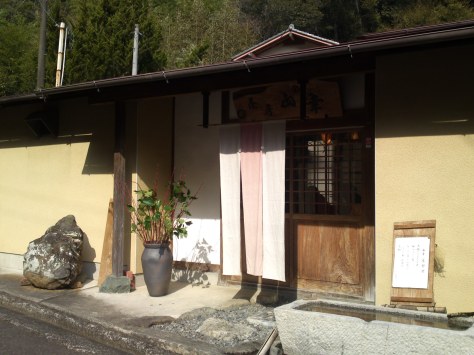 There, you will find, almost at the end of the road, a tiny izakaya called !Yamako/山幸”/”Mountain Happiness”!
It was re-opened by the amiable Kondohs 10 years ago after Mie’s father passed away. 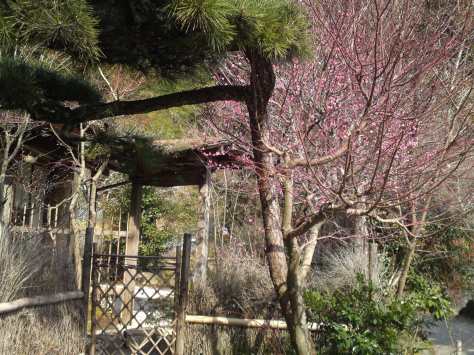 It is a microcosm of old Japan with its small wooden side entry to a minuscule park with flowering trees. 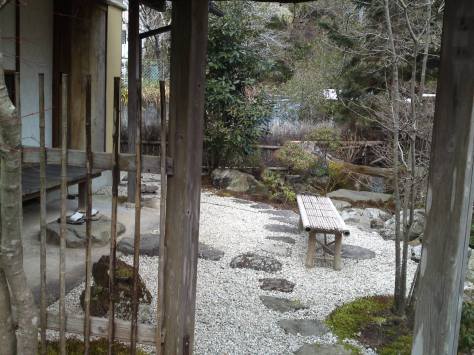 Nice place to sit waiting for your turn! 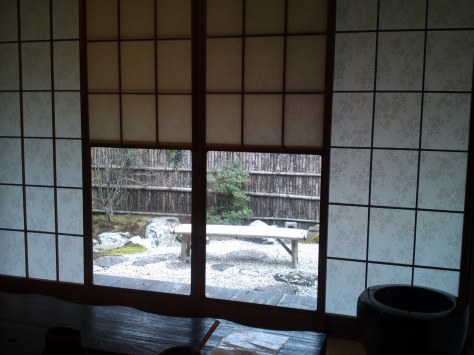 A view of the same from inside the tatami room. 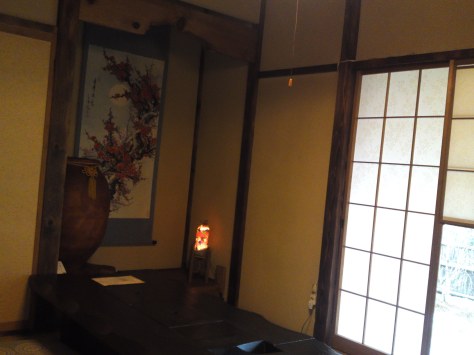 The tatami room where up to 10 people can sit. 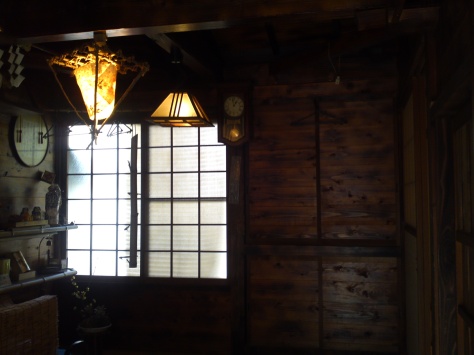 The inside is all old wood making for a great atmosphere.
The above picture was taken inside the other room where 5 can be seated at a table on chairs. 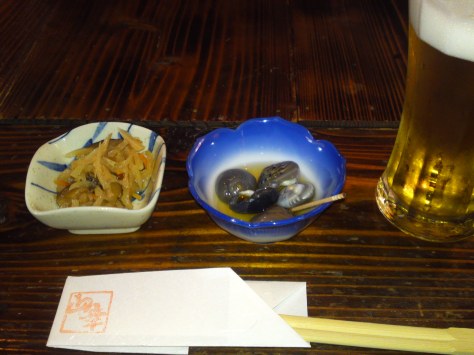 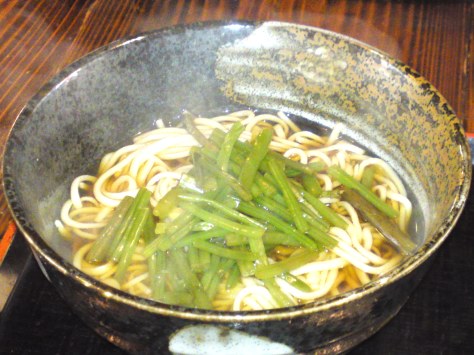 I chose the latter.
Very tasty and healthy!

For (early) dinner you can either take the 2,000 yen set which makes for quite a lot of food or you can have a large plate of oden for 1,200 yen.
But it is possible to arrange for a more complete meal according to a pre-arranged budget through reservation on the phone. 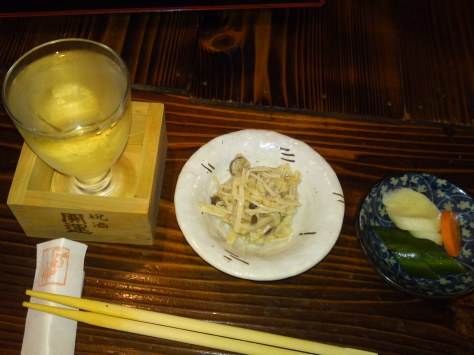 They have plenty to drink for thirsty people including beer and local sake (Morimoto and Aoshima Breweries!), in glasses or bottles for the latter.

They also provide a large BBQ site just beside the izakaya I had the luck to use last year!

Know there is a tiny haven waiting for you at the end of a nice journey!