Lotus roots, when new and fresh, should be prized for their great natural taste. They can even be eaten almost raw after a little marinating. The Japanese have a simple and delicate way to prepare them with umeboshi/Japanese pickled plums, which should please vegans and vegetarians (and omnivores). It certainly makes for a great snack with Japanese sake or shochu!

-Peel and cut the lotus root into hin slices. Wash them 2 or 3 times in cold clean water.

-In a pan heat some water to just before boiling point. Add some rice vinegar and cook the lotus roots in eat until they become translucent.
Do not overcook them. Drain them thoroughly and put aside.

-Take the seeds out of the umebshi and sieve the meat into a bowl. Add Japanese sake (or cooking sake) to make it into a thin liquid paste. add a few drops of soy sauce for seasoning. Taste. If it is too sour to your liking add some mirin/sweet Japanese sake.

-Cut the shiso/perilla leaves in 3 first, then chopp them fine across.

-Serve as in the picture, lotus root sliced mounted on top of each other and topped with chopped shiso leaves. 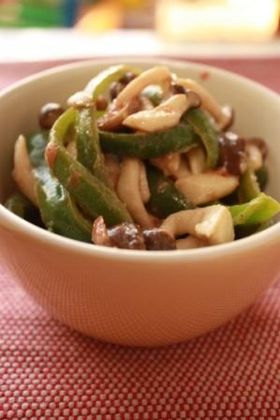 There is a wealth of vegan/vegetarian recipes in Japanese cuisine to the point that people with such priorities might feel attracted by this country. Don’t forget there is a traditional Budhist (I’m not) vegetarian gastronomy which can be easily amended to vegan tastes!

A note before I continue:
A vegan friend pointed out that honey is not vegan when I advised to use honey-pickled Japanese plums. I shall leave that to you.
Just bear in mind that non-honey Japanese pickled plums are higher in slat, although the same salt can be used as the seasoning itself.

Green peppers, or bell peppers are full of extremely important beneficial elements, so here is a very simple way to accomodate them: 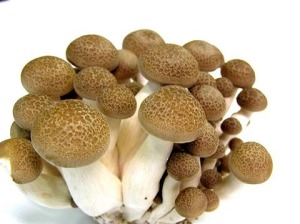 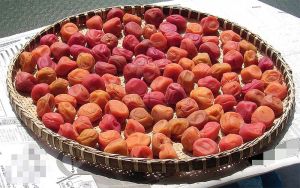 -Take seed out of umeboshi/pickled Japanese plum and cut to a pulp with a knife.

-Cut the bell peppers in trips. Make sure you have discarded all the seeds. They are not easily digested.

-Pour the olive oil on a frypan and stir fry the bell peppers and shimeji mushrooms until as soft as you wish.

Here is anothe Japanese vegan recipe for bamboo, especially young new bamboo shoots which are around the corner.

As for umeniku, it means the “flesh” (not the seed!) of a Japanese pickled plum.
Chose large plums. I fancy the honey pickled ones for their small amount of salt!

All ingredient quantities are up to you! Do experiment!

-Cut the tip of the bamboo shoot. Discard any leafy, hairy, hard or dark part.

-Boil the bamboo tips in dashi and soy sauce just enough to soften them a bit more and season them.

-Mash the umeboshi/Japanese pickled plum with a knife.
Season the drainedbamboo tips with the umeboshi, cooking Japanese sake and a little soy sauce in a bowl and mix.

Serve in individual plates.
This can also be served as part of a salad or a side dish. Decorate with green shoots for better impression.
You may add spices, but you will have to be careful when experimenting!