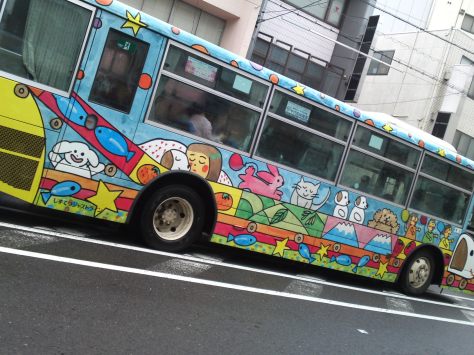 And sometimes they seem to be decorated for the pure fun of it!

I took this picture this afternoon in Aoi Ku, Shizuoka City!

A great way to encourage kids to board a bus!