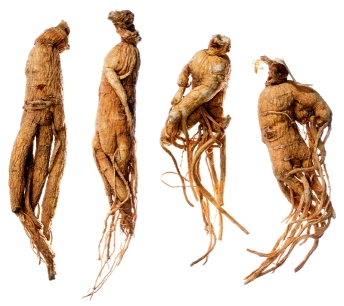 Some time ago I posted an article on food supplements, Food Supplements: The Good, The Bad & The Ugly that did attract some controversial reactions ( for which I’m still not ready to apologize! LOL). I though it would be only fair to complement it with a series of articles on medicinal plants that could do well, or even better, to replace the said supplements.

In Europe more than 200 of them are referred to as such and registered as entering the composition of more than 600 medicines.

Actually half of occidental medicines contain vegetals, marine products or micro organisms of natural origin.
One has to be wary of bad products though as announced by the Afssaps in France, The European Medicines Agency in Europe, and the Commission E in Germany.

Here are the ones that have been proven as efficient by all above agencies.
Bear in mind that the same medical plants might have an adverse results on people with special problems as noted below:

Action: its roots contain ginsenosides which help the human body fight stress and recover its proper equilibrium/balance. It also contributes to improvement of physical and mental capacities when tired, suffereing fro great fatigue or concentration trouble. It also helps people recoverung from illness.

Directions for use/Posology: Can be acquired under the form of dried root powder, tablets or whole roots (the latte best used as tea after leaving it hot water for 10~15 minutes).
Take 0.5~2 g of dried roots every morning (to avoid insomnia).
Phytotherapy products are consumed at 200 mg three times a day.
The treatment should not exceed three months to avoid human organism overwork.

Contraindications and interactions: People suffering from insomnia or nervous trouble should be very careful about using ginseng.
People suffering from diabetes, hypertension or cardiovascular/heart disease should never use it without a doctor’s authrorization. The same apply if you use an anticoagulant.
During treatment avoid caffeine (coffee, tea, chocolate,…) to avoid irritabilty, insomnia or palpitations.

Also: Eleutherocoque (Eleutherrococcus senticosus)
Eleutherocoque or Russian ginseng is also called “bush of the devil”. Small thorn-bush from 2 to 3 cm in height, it has sheets webbed and lengthily petiolate. It produces black and fleshy fruits. Many scientific studies showed that the plant behaved like one revitalizing exceptional, able to appreciably increase the athletic and intellectual performances as well as the resistance of the body to the environmental stresses.