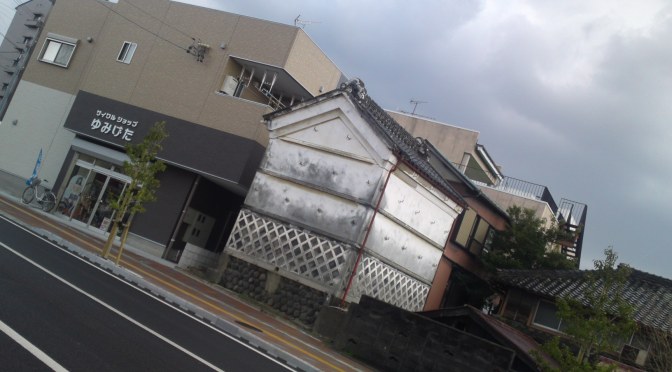 the other day as I was walking along a main street at a walking distance from Fukuroi JR Station I found myself facing at a scene of another era right across from the sidewalk!
I can’t imagine how long it will survive so I decided to the whole for posterity!

It is actually very much of a sprawling property whose land will eventually interest developers along this newly paved road and pavemnent!

At times bygone it must have been the property of a rich trading family as a wide river flows not far from there!

The kura is certainly big and so full of tradition with a dry stone foundation and a “namako design” style lower wall!

This must be very old and only a rich family could afforded that! It must date back to well before the WWII and probably far more!

The walls, roof and tiles are still in good repair but the rain water piping is about to crumble down!

Looking at the state of the entrance and front wall it must have been locked up for quite a while! 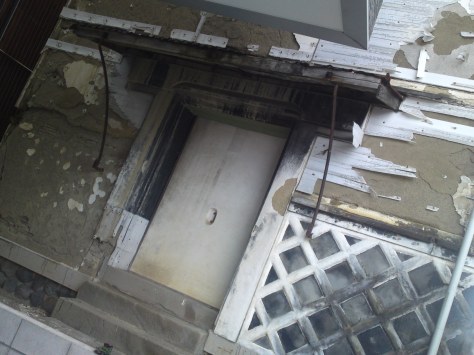