Hatsukame Brewery in Okabe, Fujieda City has come up with its own black label!

The unusual name “Ikigakoi” could be translated as “Stylish Enclosure”! Even so it is a bit difficult to understand in another language!
But it certainly makes for a beautiful label! 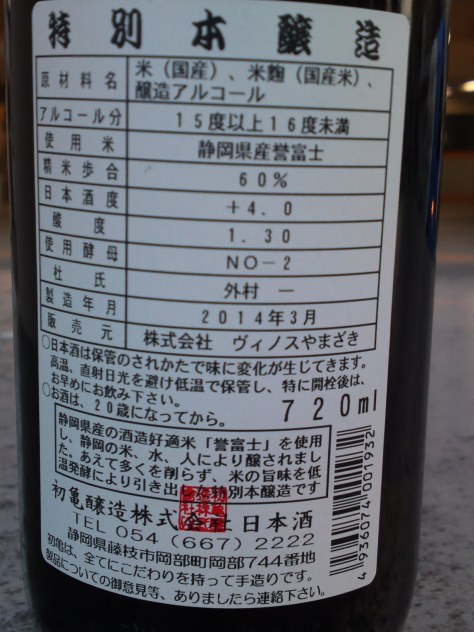 Overall: Another typical sake from Hatsukame Brewery conceived not only to accompany but to happily marry and enhance food.
A sure value to drink on its own or enjoy with any meal. The kind of sake that will make new converts at a BBQ!