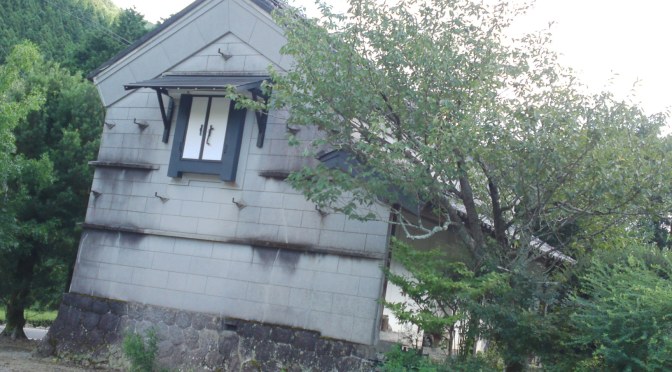 The other day I rode a bus on the Ikumi Line/伊久身線 in Shimada City and discovered this kura at the very last stop at Ikumi/伊久美 (different Chinese characters!)!

It belonged to a resort shop that has ceased busines but it must have stood there for ages as there were some very people there owning tea fields!

It must have been intensively used by this former resort shop as it is superbly preserved.
Pity the access was severely limited by electric cables!
The owners are obviously afraid of unwelcome visitors in this lost rural area!

Great back window, too! 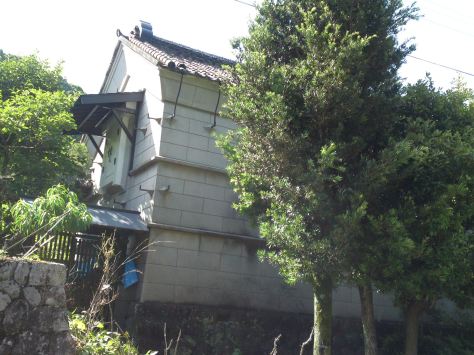 Impossible to get inside! 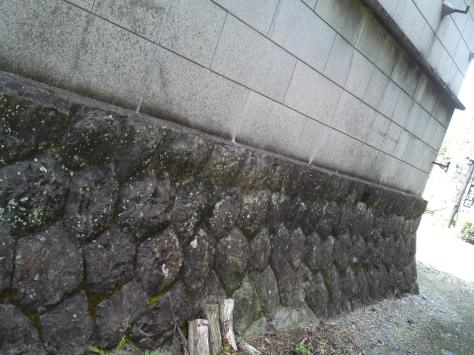 Very solid stone foundation!
Barring an earthquake of unknown proportions, it is indestructible!

That is how far I could go!