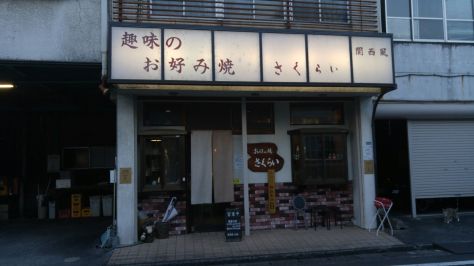 Okonomiyaki Sakurai is a Kansai-Style (Western Japan) restaurant with a history spanning over more than 40 years where his original chef/owner is still officiating although his son Ryuutarou Sakurai/桜井竜太郎さん is looking after the business.

The interior is still very much reminiscent of After War Japan although it is non smoking!

You can either sit at a table or on the tatami especially if you are with company but I do prefer to sit at the counter where I can observe all the action!

Okonomiyaki after their first stage of cooking!
Very big portions! 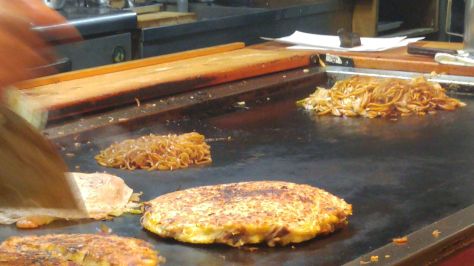 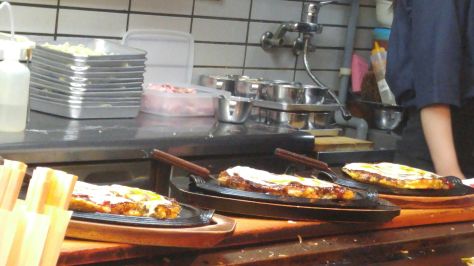 Okonomiyaki ready to be served!

Drinks of all kinds, alcoholic or soft are available.
I had a sake from Okayama Prefecture!

My order: Hiroshima Yaki Okonomiyaki!
Although lighter than the Osaka-style okonomiyaki, it was still bigger than I thought!

Its bottom consists of thin pork slices topped with yakisoba. 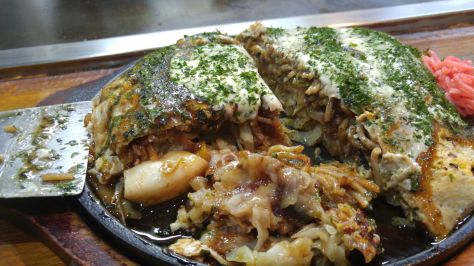 And the top is pasted with sauce, mayonnaise and green powder with a little pickled ginger on the side!
A meal enough for two!

I will to visit the place with company next time! LOL