On Thursday 26th , 2014, I had the pleasure to attend to a special event organized by my good friend, Dominique Corby, Headmaster of The Cordon Bleu French Gastronomy School in Tokyo and Kobe, who invited Chef Tateru Yoshino to demonstrate his recipes with Shizuoka Products in front of famed magazines, media and gastronomes!

Tateru Yoshino (center) and Domonique Corby discussing the recipe demonstration collaboration before the arrival of the guests! 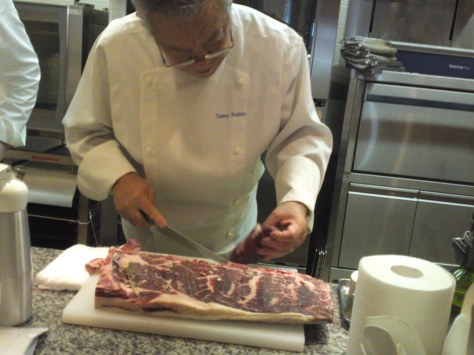 Tateru Yoshino inspecting the beef!
It was a first for him as dry aging beef matured for 42 days exists only at Sanoman Co. in Fujinomiya City, Shizuoka Prefecture! 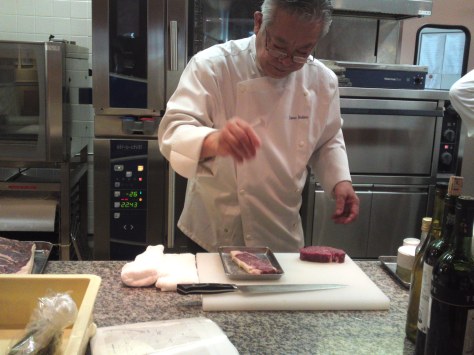 Preparing a cut for an attentive audience who were also making a discovery!

Taking notes and checking the information and pamphlets provided by Shizuoka Prefecture government! 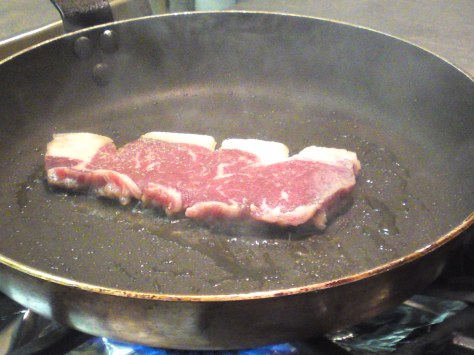 Keeping things as simple as possible to preserve the true flavors of the meat with only salt and pepper and frying it carefully!
During that time Tateru Yoshino demonstrated how to make a bone marrow paste for the crust and the red wine sauce in true French manner! 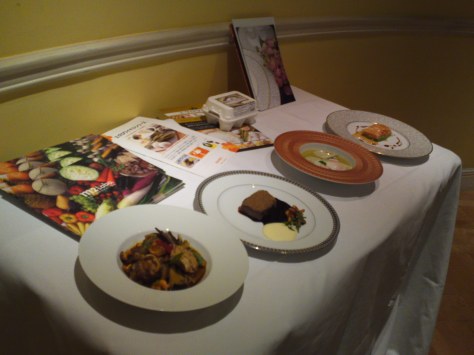 The dry aging beef and the other recipes of the day being exhibited for photography! 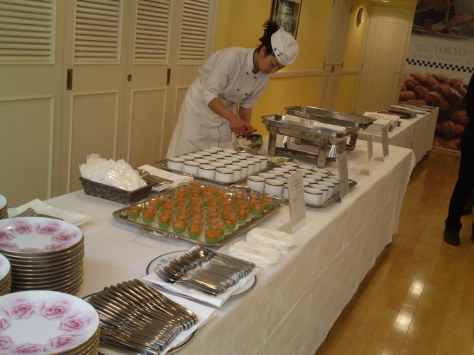 During that time the same recipes were prepared on the 3rd floor for the guests to taste and discuss!

Splendid drinks with all that sublime gastronomy! 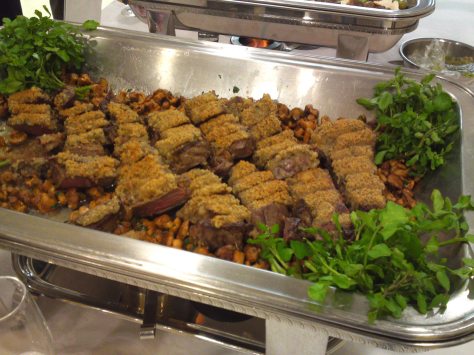 After the party Le Cordon Bleu’s staff naturally came to taste and discuss, too!

Thank you so much, Mr. Tateru Yoshino!