I was walking along the road running beside the Ikumi River/伊久美川 in Shimada City, when I discovered this unusual farm house in Uami/鵜網 district!

What were all those wind spinners doing along the stone-walled slope?

Since my bus stop was around the corner ad having plenty of time I decided to investigate!

Judging from the “Anpanman” figure I first surmised it might have been conceived for the local kids, but as far as I could see there was no school of any kind nearby!

This type of wind spinner is classic in Japan, although we don’t see often these days!

Well, it seemed that the owner of the farm house (i should say houses in fact!) wa some kind of collector! 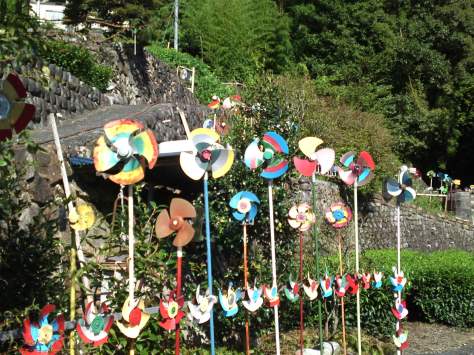 Knowing that there are a lot of birds and wild animals around, the whole show might also been conceived to frighten critters away from the tea fields!

Having a light-hearted peek inside the farm house premises! 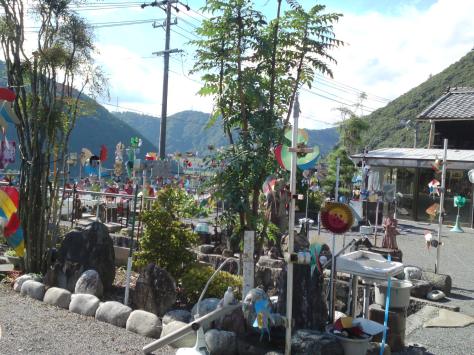 Are these wind chimes or wind spinners?

Going down stone stairs on my way back!

The more I think about it the more I believe I should come back again and try to interview the owners!