Snow Crabs, or Zuwagani in Japanese are very popular not only in Japan, but also in Russia, Canada and many other countries.

In Japan, they are also known under the following names: Matsubagani, Echizengani and Yoshigani.
The females are also called Seikogani, Megani or Koubakogani.
They are caught mainly in Autumn and Winter.
Their number have decreased in the Japan seas down to a yearly catch of 5,000 tonnes while 60,000 tonnes are imported from Russia and Canada. 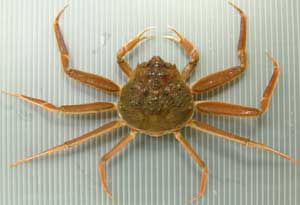 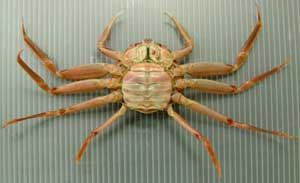 The underbelly of a female snow crabis flatish. 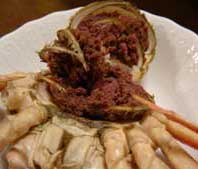 When buying a female (10 tmes as cheap) snow crab, choose a specimen with as few eggs as possible. Above speciman just has too many! 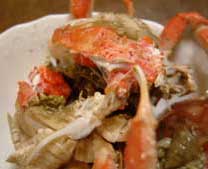 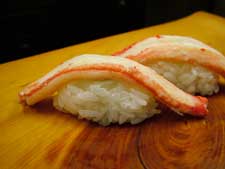 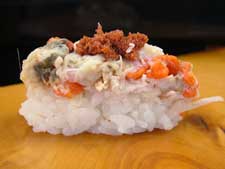