The Japanese have been steadily increasing their own cheese production for the last 10 years or so with some reamarkable results.
Moreover, these cheese have slowly but steadily become available over the whole country at specialised shops and department stores. 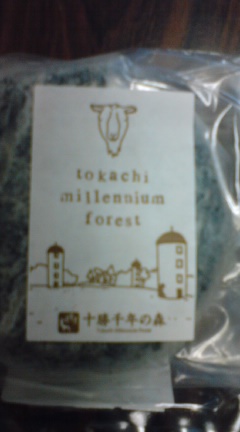 My last discovery concerns a whole range of goat cheeses created by Fran Fran Farm under the name of Tokachi Millenium Forest Company. The company was founded on September 21st 1996 with the idea of producing local products and promoting the environment.
The cheeses, if somewhat mild in taste, are definitely worth exploring!

Here is what I found about them:

This cheese is inspired by, if not the shape, French Saint-Maure, a fresh goat-cheese type covered with wood ash.
Firm, but easy, it is very mild. To be savoured on its own.
Pasteurized.

This particular cheese has the shape, colour and texture, and the taste of a French Valencay. Solid but soft on the tongue. Great on its own or with a salad.
Pasteurized.

This cheese is semi-hard type, very reminscent of the same produced in Italy.
Stronger taste, but very pleasant. Great on its own or cooked.
Pasteurized. 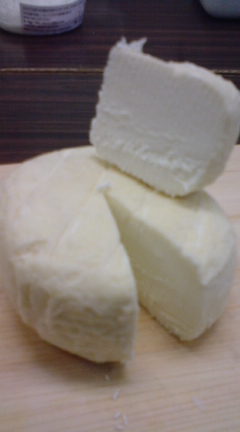 This cheese is reminiscent of a French Santranges before aging dries it up and leaves mold on its surface.
Firm in texture,but soft on the tongue in spite of a pronouced taste.
Would be greated toasted on a salad!
Pasteurized. 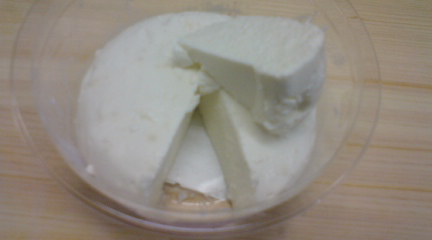 This cheese is the only one made from raw milk in that series.
Very much like a fresh Brousse from Corsica, France. Has already developped a strong taste of its own. If aged properly, coild become a very interesting cheese. To be eaten on its own with a Port!

All these are surprisingly “mature” in taste for Japanese cheese, which shows that cheese in Japan definitely has a future!