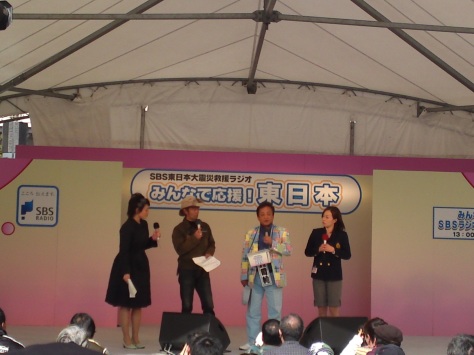 Many events in Shizuoka have been cancelled as respect for the victims of the catastrophic earthquake which jolted Japan on March 11th.
This week-end should have seen two days of Shizuoka Flower Fest. 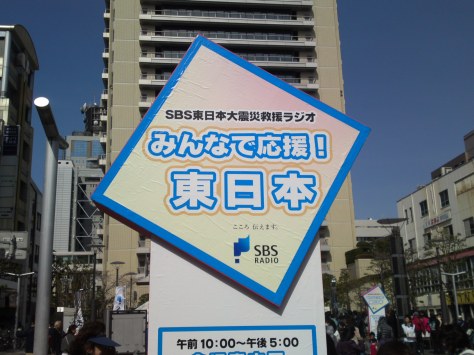 This Saturday and Sunday, the SBS/Shizuoka Broadcasting Services Radio has decided to appeal to everyone for donations from 10:00 to 17:00 to help the victims of the East Japan Earthquake as it has been officially named.

The City had already erected numerous tents and booths in Gofuku Street and Aoba Park in Shizuoka City and left them standing for the appeal.

The Shizuoka Spring Festival, the biggest event of its kind in Shizuoka City, due to occur on April 1st~3rd has been cancelled and money donations will be called for again on a big scale. 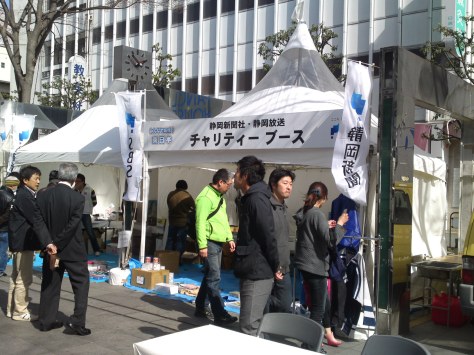 Unfortunately once again “politicians” were not up to the task (it seems to be, but for some rare exception a global disease…).
Instead of postponing the campaign, the candidates for the Mayor election due to occur in a few weeks decided to proceed spending no less than 18,000,000 yen of official subsidies (txpayers’ money): 180,000 Euros or 280,000 US $!
Shame on them!
They ought to look up to Governor Kawakatsu… 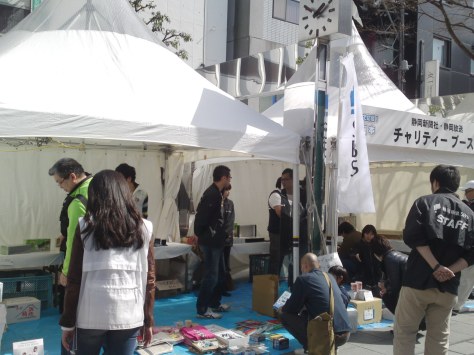 Let’s forget these people who call themselves the servitors of people and do what we can!

2 thoughts on “Japan Earthquake and Tsunami (March 2011): Making the Most of Cancelled Events!”