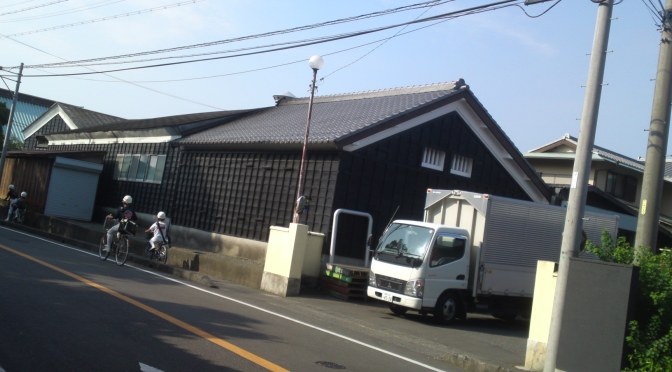 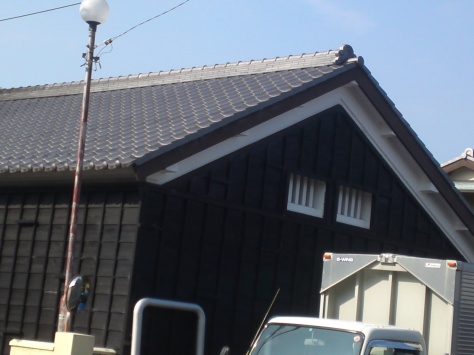 The other as I was preparing to back to Shimada City from Sumiyoshi in Yoshida Cho, I noticed this beautiful wooden kura on the right of the Kataoka Sumiyoshi Shinto Shrine! 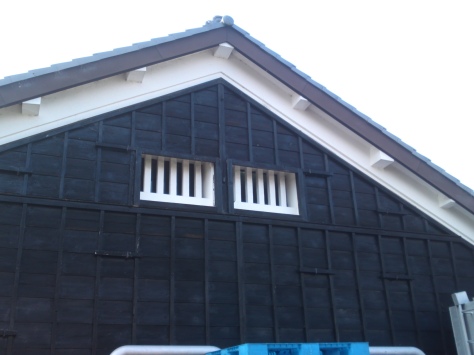 the place was obviously in full use.
I decided to investigate! 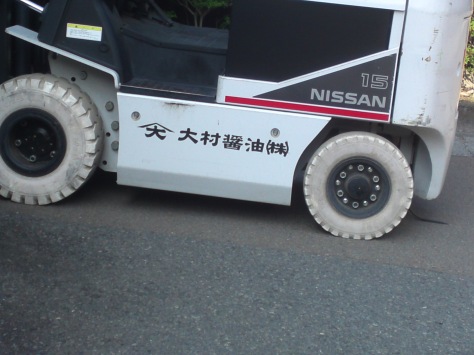 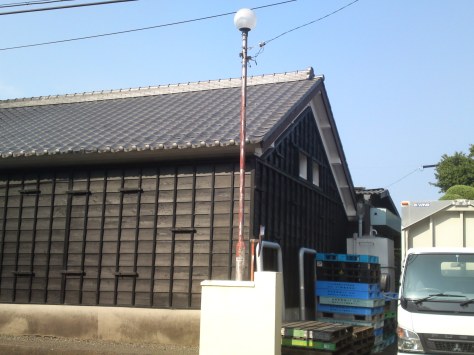 I have interviewed soy sauce companies before but I couldn’t smell the typical flavors of soy sauce making in the air! 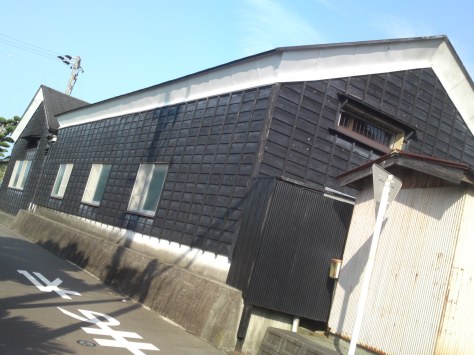 That is when I met an employee who gracefully explained that the Company uses these premises as their business base, office and storeroom! 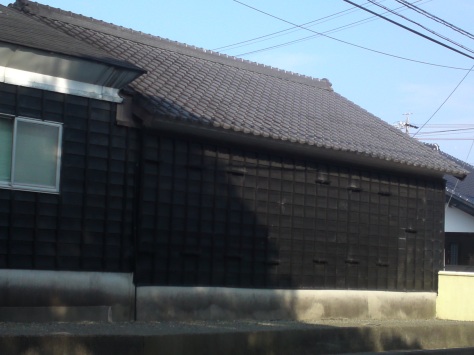 The factory has been away! 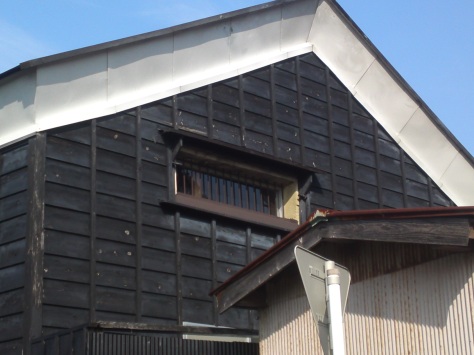 The same employee offered me to interview the owner who happened to be on the premises but I had to take my bus!