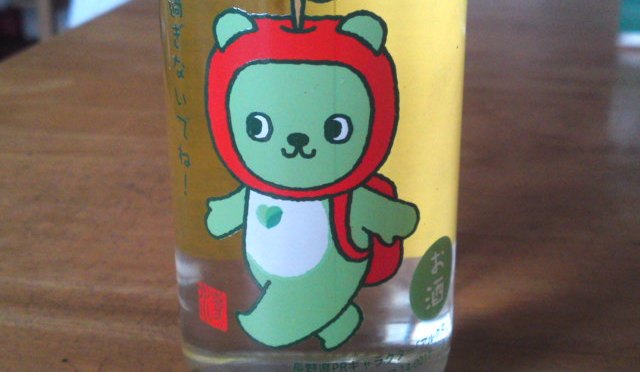 The other day once again thanks to her husband, my good friend Atsuko Kurata offered me this one cup sake from Nagano Prefecture as part of a batch of no less than 8 cups from 6 different Prefectures!
This particular sake brewed by Kikusui Brewery has been made famous by its character doll!

It represents a kind of teddy bear with its head inside an apple bonnet and with a rucksack!

But the name of the sake is a it unrelated as “Saru Kura no Izumi” means “Monkey Brewery Water Spring”!

Overall: More complex and elegant than expected.
For lovers of dry but fruity sake.
Eminently enjoyable slightly chilled on its own.
Pairs up with any light starters . Great with cheese, too!