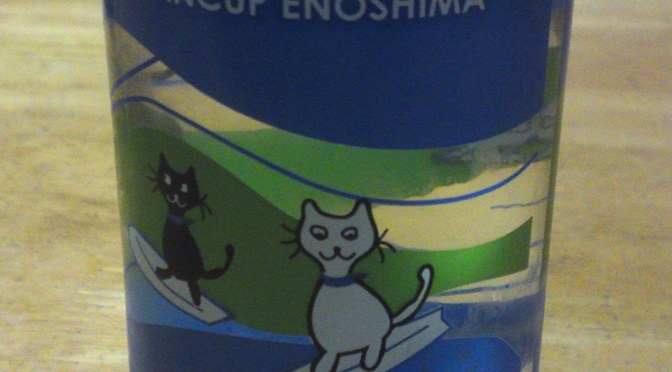 Enoshima is not only famous for its beaches and surfing but also for recreational fishing!

A lot of visitors combine both!

Overall: Superb sake, A bit of a waste to sell it in one cups style but will serve as great introduction to the beautiful sake brewed by a Noto Master Brewer at Shidaizumi Brewery!
Elegant in spite of its marked dryness. very complex and keeping you alert for the next facet.
Eminently enjoyable on its own, but would splendidly marry with any salad, vegetable cuisine and cheese.
Do try with dessert.
At its best first slightly chilled and slowly drunk as its temperature rises!
Difficult to equal as a one cup sake!