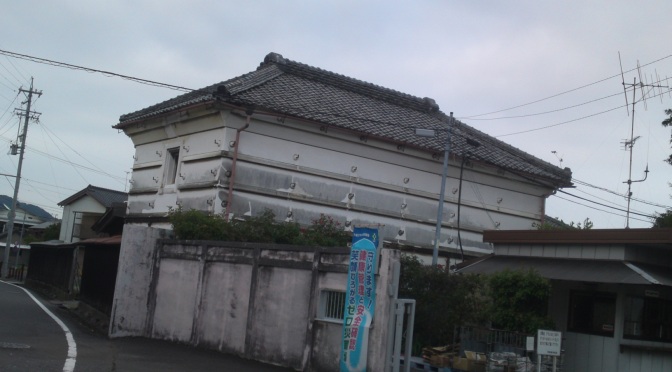 The other day, as I was exploring the south side of Shimada City JR Railway Station I discovered another kura, white this time, just standing next to Ykoi Factory and its enormous red-brick warehouse!

By individual home standards the two-storey kura was big!

The ancient door is still in good functional state!

Actually it has two main doors, a bit unusual fact which probably means the inside is divided into two distinct rooms.

For all its apparent grime, the building is very sound as shown by the straight alignment of the “hooks”!

I would say it is still used as a large farm equipment shed!