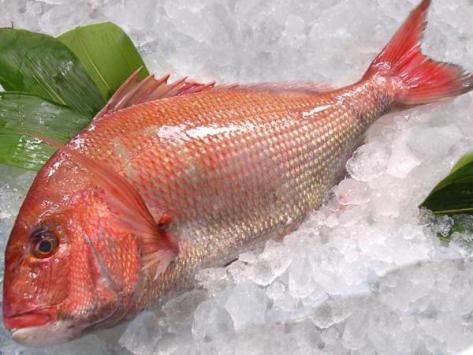 Even Madai/True Seabream is called different names depending upon the region: Oodai or Hondai.
The best season streches from Winter to Spring.
It is extensively raised by humans in Ehime, Mie and Saga Prefectures.
Wild specimen are mainly caught off the shores of Nagasaki, Fukuok, Kumamoto, and Yamaguchi Prefectures. Not so many Madai are caught in Shizuoka but other varieties are abundant especially around Izu Penisula. 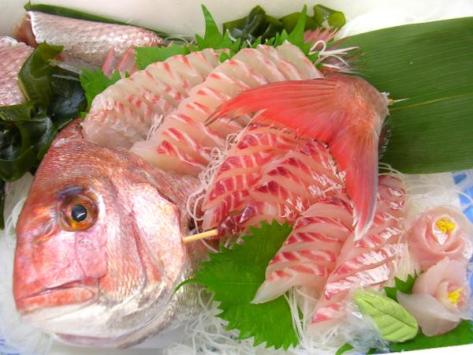 Madai is widely appreciated raw as sashimi in the Japanese style (above), 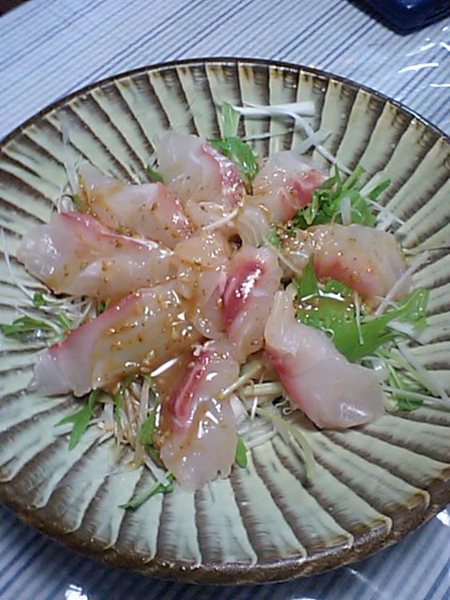 The Japanese also ove them grilled or steamed. 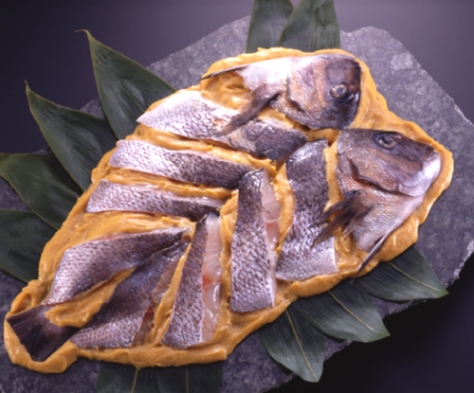 The Japanese since immemorial times have preserved the raw fish in rice miso, mirin/sweet sake and konbu/seaweed, but this has become quite an expensive morsel these days! 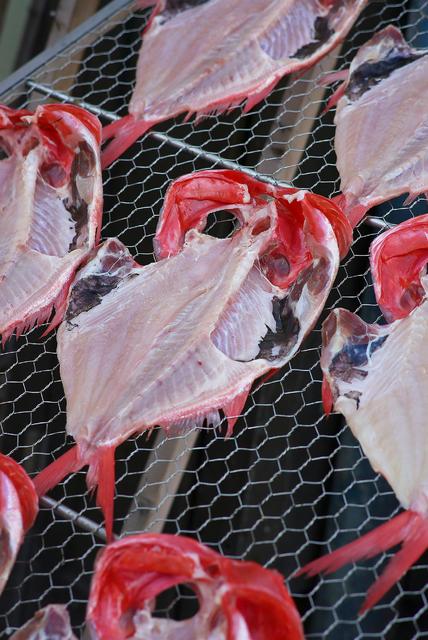 (Only relatively) lesser varieties, like Kinmedai, are appreciated as Himono/naturally dried fish, a specilaty of Shizuoka Prefecture which produces no less half of all naturally dried fish in Japan! Actually they come almost as expensive! 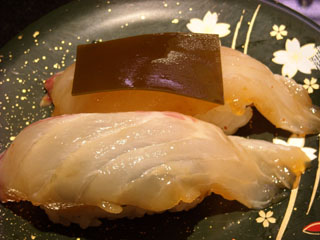 As sushi, madai (and other seabreams) are very versatile.
You will encounter them, depending on the region as konbujime/marinated in seaweed (above), 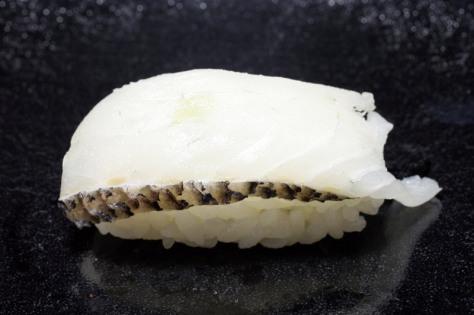 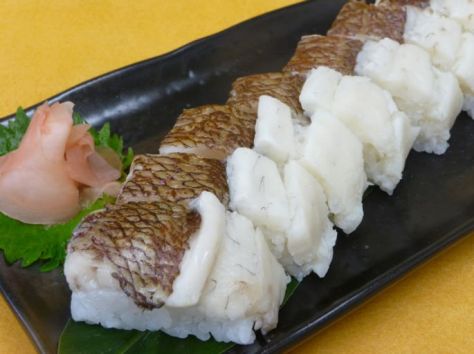 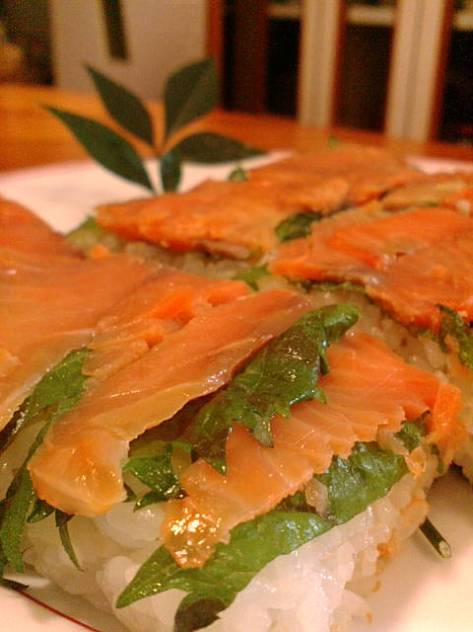 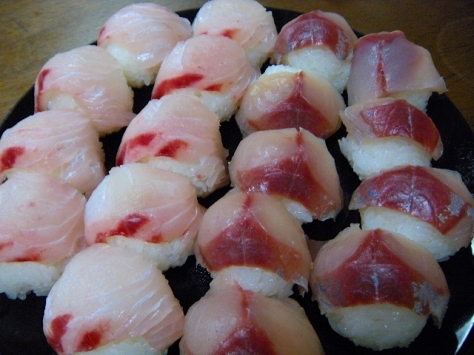 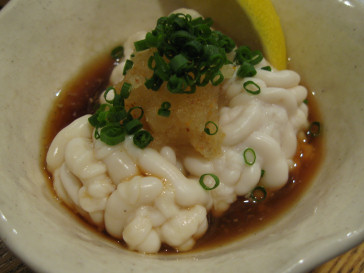 Like tara/cod, their sperm sacs of the male specimens are highly appreciated and even more expensive than those of cods. 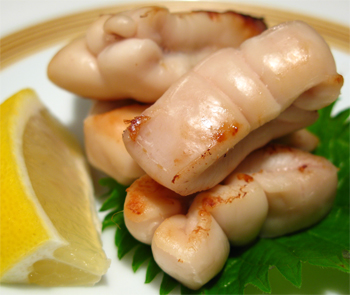 You can have served raw/slightly boiled or grilled as above, 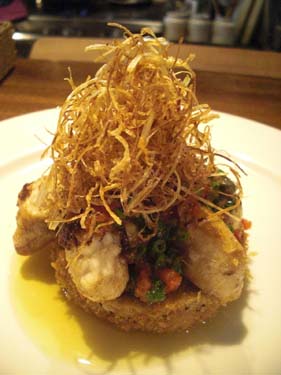 meuniere-style as in French or Italian cuisine, 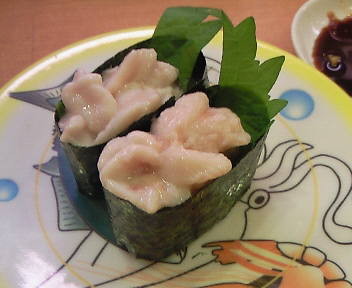 or on gunkan sushi nigiri!