Today was also a glorious day, even in the second half of the afternoon with blue skies and crisp air. Time to go out! 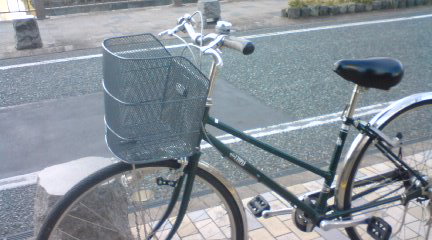 Bazooka Gourmet will smirk again when he sees that I had to change the basket yesterday as it finally fell apart!

I took the street at the back of the office, running along the Sumpu Castle Park and Moat. Sumpu is the old name of Shizuoka City. The caste which had been leveled down in early Edo Times was rebuilt to two thirds of its original size at the end of last millennium (LOL, not so long ago, actually!).

The city is still asking the country to pay for the repair of the wall which collapsed in three different spots during last summer’s earthquake (do you remember my earthquake bento?).

I was then cycling past the Old City Hall Dome built by Queen Victoria’s subjects in the 19th Century. To think that a former Mayor wanted to pull it down. It is presently used as a museum and local government seat. 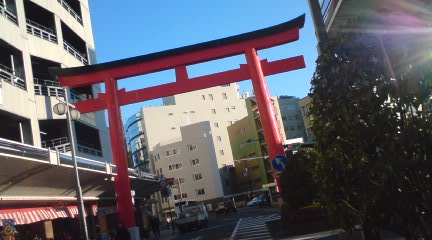 A minute later I reached the entrance of Sengen Shrine street, the destination of the day, marked by a giant red torii. A torii is a Japanese entranc/arch erected to allow birds to perch and rest on (Shintoism).

Sengen Shrine is only about 300 metres long but it is one of the oldest street in town. Although it has been renovated over the ages, one can still find traditional shops and quaint sites.
The shop above is famous oden-ya/Japanese pot au feu restaurant. 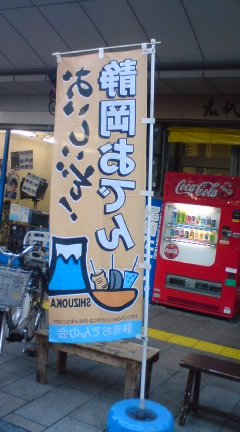 Shizuoka-style oden is renown all over Japan!

Taking a short peek (I will write a full about oden again soon).
Note that I use my mobile phone camera. A real camera tends to put off people for good reasons….

Narrow but interesting (reason coming in next pic!) entrance of an antique shop. 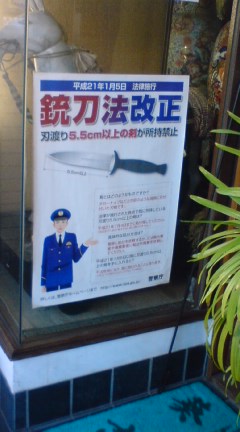 Although the shop sells all kinds of old sabres and knives, the police notice states you are allowed to carry knives with blades over 5 cm long!

This shop specializes in peanuts only!

They went as far as to designing their own “mon/arms” with peanut plants! 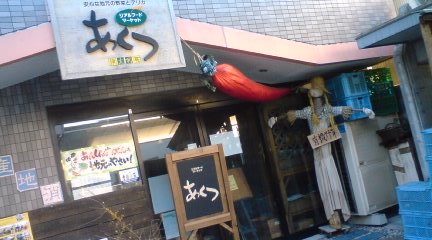 This cafe specializes in organic food, a very real real thing in Shizuoka! 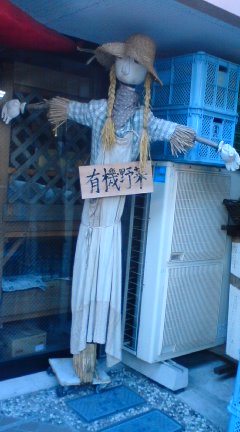 A sign to make sure you know they use only organic vegetables!

Yamada Nagamasa (1590~1630) voyaged to Siam where 7,000 samurais lived in Ayathaya as the personal guard of the Siam King.

The statue was erected in 1991. Note that due to the closure of the country in Edo Times, he probably become the last Japanese sailor of note for the next 200 years!

A grocery selling only organic vegetables! 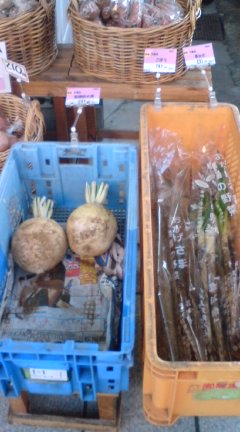 Would love to taste these!

Hundred of them all different!
Did you know that Tamiya Miniature Company is in Shizuoka City? 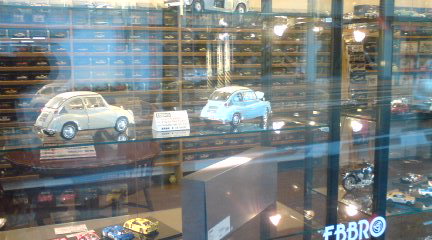 Real antiques for the collectors!

The City Tourism Bus (names in French…) clearly indicates this is a street to explore. 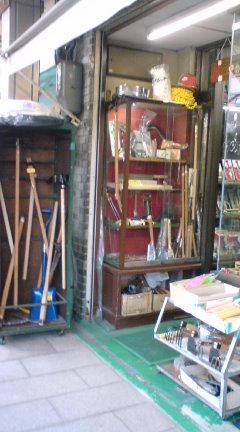 This street is one of the very last where you still can find shops selling traditional gardening tools, some of them real monsters! LOL

This pet clinic (real vet!) is apparently the best business in the whole street!

End of the street and entrance to the Sengen Shrine (will write a report about it one day!) and it’s back along the other side of the street towards my real destination I ignored on purpose at the entrance of the street.

A soy sauce shop, probably the only one in town. 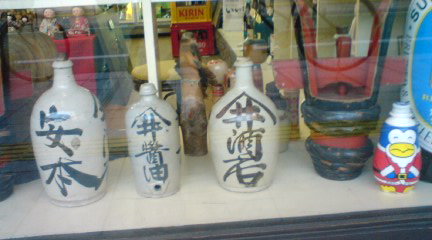 And an old one at that! These ceramic bottles are over 80 years old! 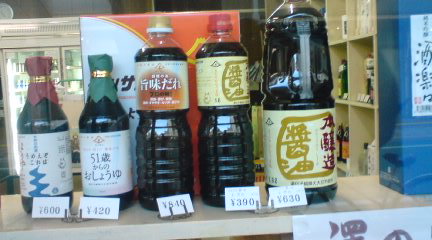 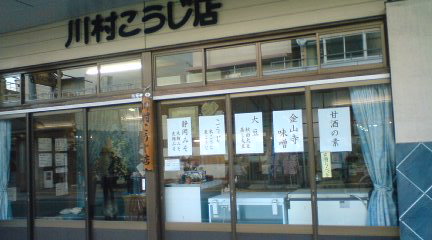 A yeast and miso shop. Only a few shops left in Shizuoka. This is the place to buy artisanal miso! 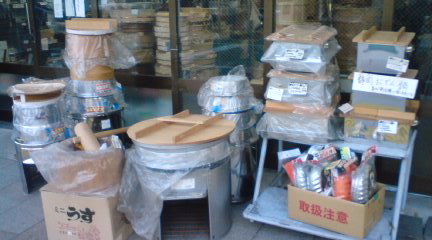 Shizuoka is famous for this kind of bamboo craft!

Now, this is the guy I had left for dessert!
Now, what is he cooking on his copper hot plate? 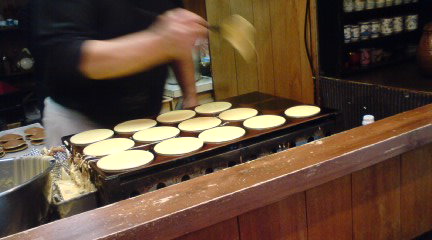 Can you guess? Hot Cakes? Yes and no…

have you heard of Doraemon, the Japanese manga character?
He loves “dorayaki”, the Japanese double hot cake filled with anko/sweetmeats!
This is the only place left in Shizuoka still cooking them every day in the true traditional way! 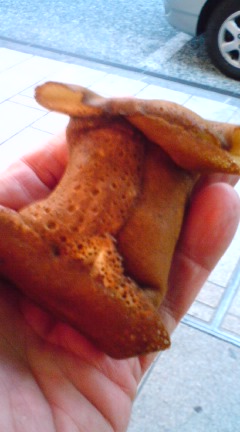 I did ask for the authorization to take pictures.
The man was real sweet (of course…) and gave me (to prove the great taste…good businessman!) a single hot cake wrapped around anko/sweetmeats!

Hot, simple and so delicious!
The gentleman was beaming all the time.
“If you want to take more picture, come inside!”
????

I only understood when I passed the “noren”/Entrance curtain!
The place for all its tiny size was a real Ali Baba cavern full of antique collectibles! 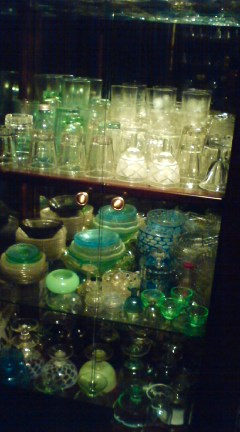 I almost screamed when I discovered those exquiisite antique glasses,

Cups, saucers and more!
Who could have believed there was a cultured man behind that artisan?
I know I will come for more than one reason!
No wonder customers kept streaming in!

Mr. Kawauchi make the dorayaki. His smiling wife packs them carefully and individually in cellophane paper printed with”Dorayaki”, the shop name and all ingredients used! 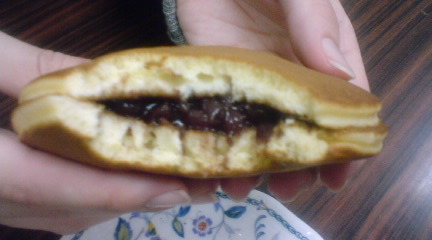 After a big bite.
The hot cake is unbelievely light and soft. The taste is certainly heads, shoulders and torso above anything sold at higher prices in department stores!

8 thoughts on “Gastronomic Cycling in Shizuoka (2)”