The cities of Shizuoka and Cannes in France (you know, the Cannes Film Festival!) have been sister cities for quite a while now.
The citizens of Shizuoka have been holding their own event every year in the middle of May in Shikencho Street in Aoi Ku in Shizuoka City.
This year Agrigraph joined the event as a great opportunity to introduce local farmers and their produce.
This year the event is held on May 14th and 15th as well as on the 21st and 22nd of May from 13:00 to 17:00 in Shichikencho. You still have tomorrow left! Do visit and I can guarantee you will discover quite a few things to your liking!

This time our stand concentrated on vegetables from Iwata City and sandwiches by Subway Company made with them! 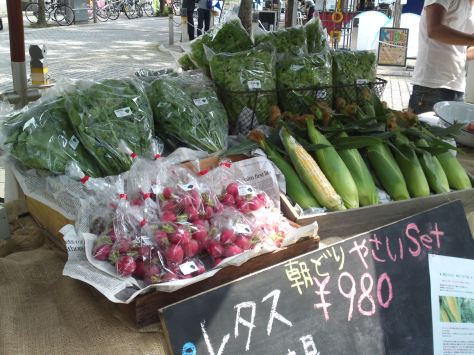 Among the vegetables from that city featured organic lettuce, enormous luccola and small red daikon/radishes.
We also had some beautiful corn (that can be eaten raw. They are so sweet!) and various kinds of tomatoes! 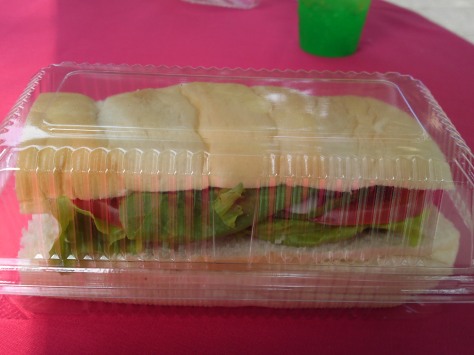 I chose the fresh vegetables and balsamico one! 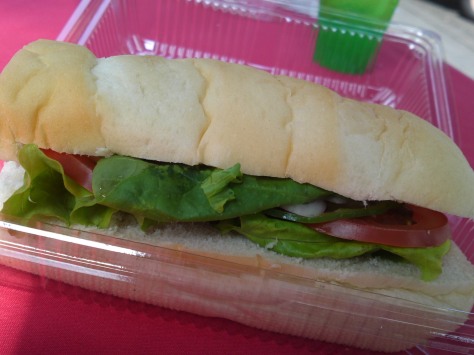 Quite appetizing, isn’t it?

The event is being held again tomorrow on Aoba Koen/Aoba Park Street in Shizuoka City Aoi Ku from 12:00 to 17:00.
The Agrigraph stand is near the fountain bowl!
From what I saw today, tomorrow promises to be busy!