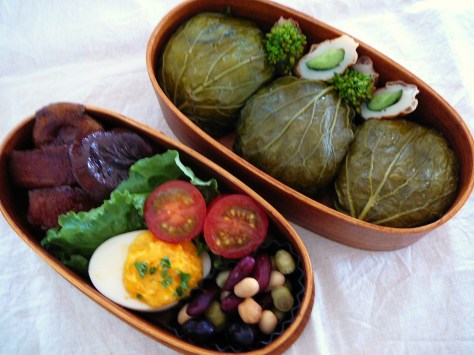 Some of my work brings me in close contact with local farmers and it certainly has its perks as you will discover in this particular bento! 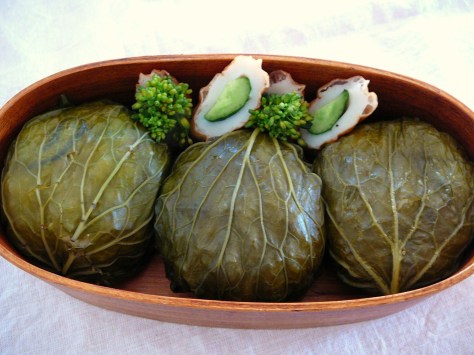 First, the “wasabi musubi”!
But before explaining that particular bit let me say that the “decoration” consists of chikuwa/steamed fish paste roll, a variety of kamaboko you can buy anywhere and that the Missus filled with fresh cucumber and boiled broccoli flowers. 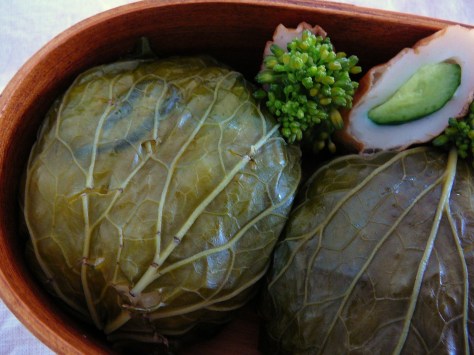 The wasabi leaves and stems were given to me by Mr. Mochizuki who cultivates wasabi in Utogi, its birthplace!
The Missus pickled them separately, with konbu seaweed added to the leaves.
She made musubi balls with freshly steamed rice mixed with pickled wasabi stems and enveloped them in pickled wasabi leaves!
I very much doubt you can do that outside Shizuoka Prefecture! 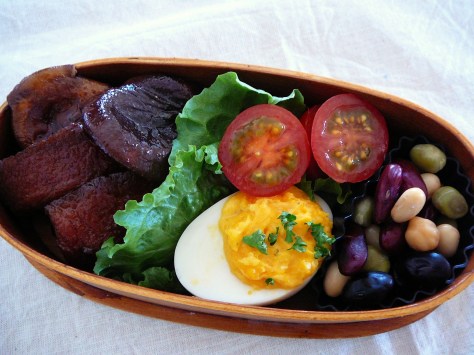 The side box contained two more products I obtained from local farmers! 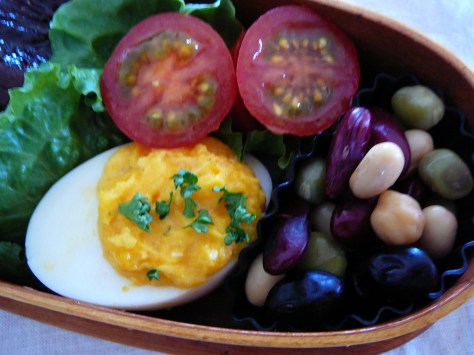 The egg mimosa was made by mixing the boiled egg yolk with boiled kabocha from Mr. Oda’s Farm in Yaizu City!
The Missus added some mini tomatoes, salad beans and lettuce to complete the salad! 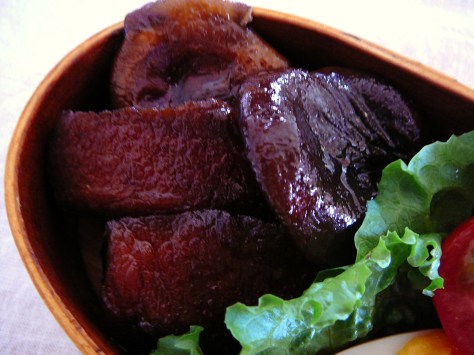 The Missus then introduced ton toro pork/very soft pork she cooked together with fresh shiitake grown organically by Mr. Nanjyo in Do, near Utogi. She used the recipe for tebasaki adding coca cola and chili pepper for a very zippy concoction! I know more but the Missus said this was how far I could reveal her secrets!

A very unusual and tasty bento!