The cherry blossoms are at last beginning to bloom, at least some varieties, in Shizuoka City!

As far I can figure out at least two varieties are blooming, although it could be the same one! 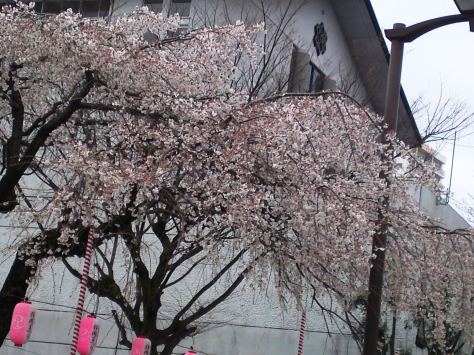 These can be found in the vicinity of Sumpu Castle in Shzuoka City, although the variety grown over the ramparts are different and out yet!

the weather has been and is still pretty bad this month and the blooming is definitely late compared to last year!
It is actually a blessing in disguise as the Shizuoka City Festival will take place next week!
last year the cherry blossoms had disappeared by then!

This particular variety is near its end though!

Walking around the mount you will discover some real old trees on the “city side” of the street!

It does make for some interesting photography!

That tree must have seen quite a few eras pass by!

Not only photographing them but drawing them seems to be quite popular! 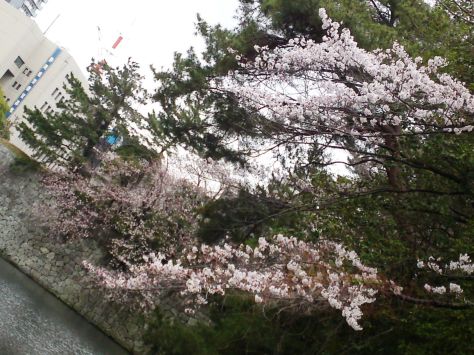 Depending on the sun exposure some have opened over the ramparts!

My favorite one for the day!

Incidentally, did you know that all the cherry trees offered by Japan to the United States during the Meiji Era originated from one single tree in Shimizu Ku, Shizuoka City?