White seems to the favorite color of some Japanese girls whatever the season!

With mummy?
It is nothing out of the ordinary but newcomers to Japan might think that some girls, and even women, think they are “cute” or trying hard to look as such! 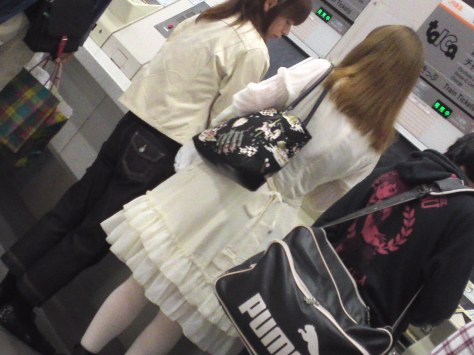 Looking at the ribbons cinching the dress behind her back I might be tempted to call her White Alice! 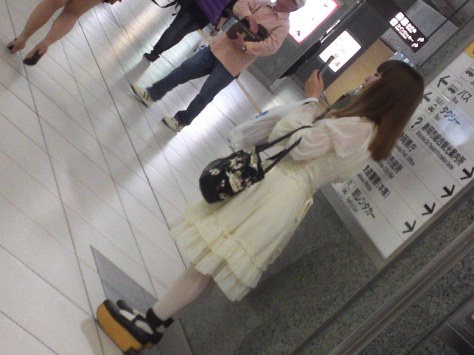