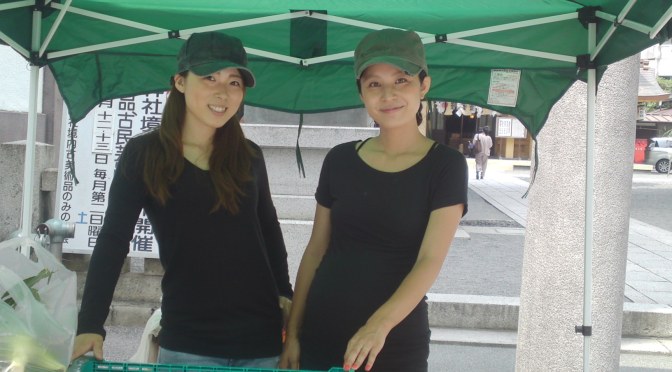 Some enterprising growers do not hesitate to travel to Shizuoka City to sell their fresh products directly to very happy consumers! 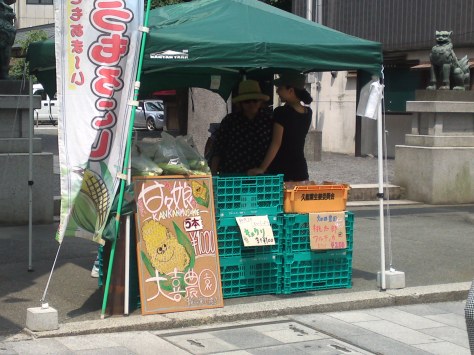 Non Chan and Nana Chan of Taiki Farm in Kikugawa City are two of them!
You will find them happily shouting their wares at Ogushi Shrines right across from Parco Department Store in Aoi Ku, Shizuoka City, only a few minutes’ walk from Shizuoka JR Station!
You can buy their vegetables on Mondays, Fridays, Saturdays and Sundays from 10:00 am until they are sold out!
Beware that they sell fast and by 1 pm usually everything’s gone! 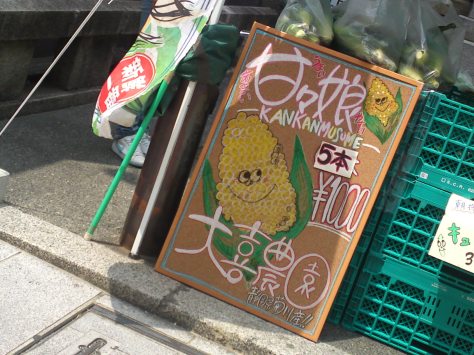 Now, what do they sell?
Kankanmusume Corn, considered as the best in Japan until beginning of July
Cucumber (sweet) until beginning of September. Note that cucumbers will be less than available in Japan this year!
Tomatoes: until ???
Lettuce, Sunny lettuce and Green Leaf Lettuce: from end of October to March 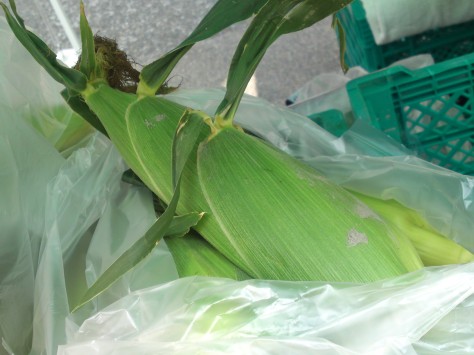 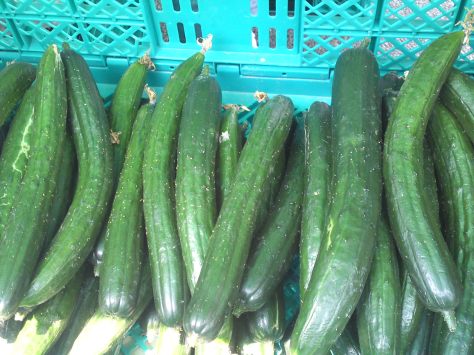 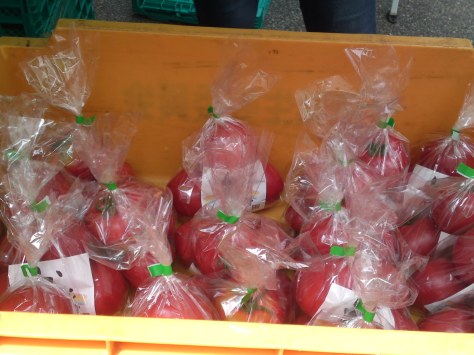