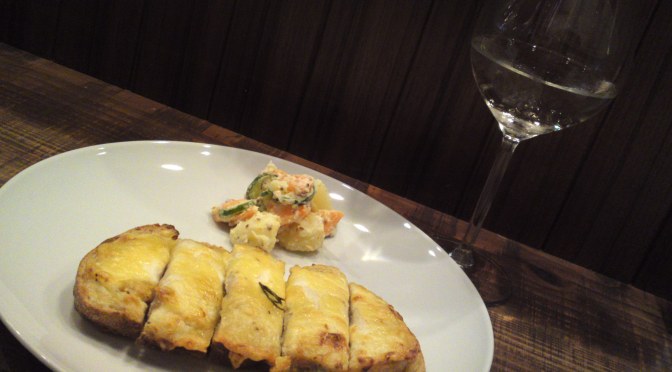 I have already said that I prefer conducting sake tastings in the right environment but not many places are propitious for that exercise or willing to help.
But La Sommeliere in Miyuki Cho, Aoi Ku, Shizuoka City is certainly becoming a habit as not only I can conduct my tasting in the best conditions possible but also exchange views at the same time!

This is already my third shizuoka sake tasting article conducted there!

This time the sake was also made in Shimizu Ku by Sanwa Brewery!
Garyubai has become the trade flag of the brewery and the latter is one of the first breweries to put their “Hiyaoroshi/pasteurized only once” on the market in Shizuoka Prefecture.
It is a Junmai ginjo and genshu/no pure rice alcohol blended in, to boot!
Report coming soon!

Croque-Monsieur (“Crunching a gentleman”) comes into many guises, especially in Japan, and I wanted to savor Mrs. Hiromi Hasegawa/長谷川浩美さん’s own version since I’m sure she a lady intent on devouring her male competitors!

Served with its own salad it easily becomes a full lunch! 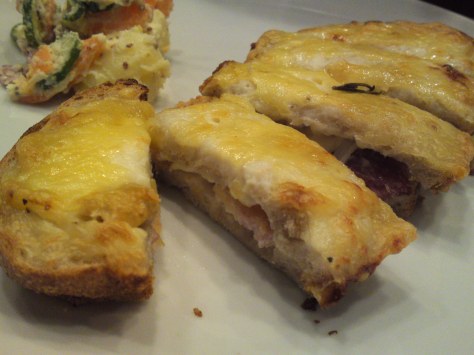 長谷川浩美さん’s is a sandwich version made with two thin slices of Pain de Campagne/Country Bread baked by Trottix bakery in Shizuoka City! 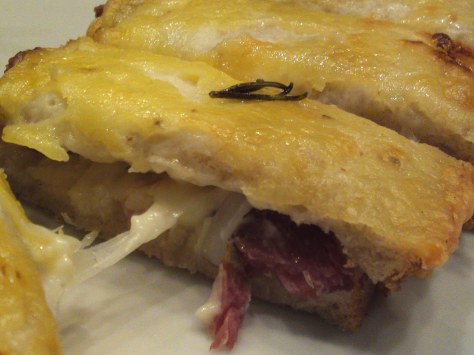 The filling is a combination of sweet white onion and Iberico bacon.
The topping is real home-made bechamel sauce with French gruyere!

Looking forward to the next double tasting!