Shizuoka City is very active with the welfare of mentally and physically impaired children, and consequently adults, because it is the location of one of the only two “Children Hospitals” in Japan.
It is also very much used as research center or “test case” to find ways to make life easier for such patients.
The fact that Shizuoka City has a mild climate all year through was played an important role in choosing and equipping such a location. But children eventually have to leave hospitals and be looked after in special institutions.
One such institution is Workshop Leaf in Kita, Aoi Ku, Shizuoka City.

They came up with the idea of creating a garden under the leadership of young Ryoji Takeda/武田良治さん to grow organic and natural vegetables in 2009.
JAS (Japanese Agricultural Standard/日本農林規格) gave them recognition as an organic agriculture farm in September 2014.

Yesterday was my second visit and I brought along a good friend, Ms. Hiromi Hasegawa/長谷川浩美さん who was very much interested in acquiring their products, especially leaf vegetables and herbs, for her establishment, La Sommeliere in Miyuki-Cho, Aoi Ku, Shizuoka City!! 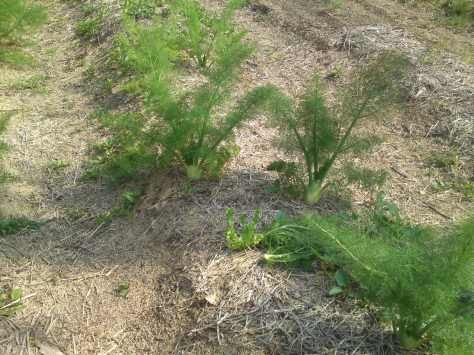 Hiromi San and I were particularly interested in these fennel heads, very difficult to obtain on the Japanese market! 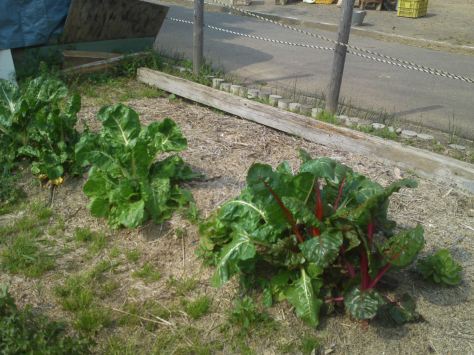 Natural agriculture Swiss chard!
Ryoji San had let these overgrow as he intends to use their seeds!

The fennel were really beautiful and they are just ready for harvest!
The whole plant is edible and can be cooked in so many ways!

A grand view of both gardens!
They will be soon be full of greenery!

Hiromi San with her harvest!
But she already has her eyes on some other treasures impossible to find in local markets!

No wonder a lot of people use Swiss chard as decorative plants!

Of course Ryoji san gave us a lift to visit his small greenhouse at the foot of the local mountains to show Hiromi San where the dried herbs she had also acquired came from!

These tomato seedlings will become another temptation!

Next visit and more vegetables soon!

One thought on “Organic and Natural Agriculture with Mentally-impaired Patients at “Workshop Leaf “in Shizuoka City (2)!”