“Kensaki Ika/ケンサキ烏賊 goes by the Latin name of Loligo (Photololigo) edulis Hoyle,1885, but that complicated name does not prevent this particular squid to be extremely popular in Japan!

It is of course known under other local names: Aka Ika/Red Squid, especially in Shizuoka, Budo Ika/Grapes Squid, Shiro Ika, Gotou Ika.

They will soon appear in the markets in Summer.
They are mainly caught by line.
They are more and more available live, so great specimens can be easily bought.

They are a very versatile kind of squid as they can be appreciated as sashimi, sushi, simmered, boiled, broiled, dried, and especially as tempura!

As a cold boiled appetizer! 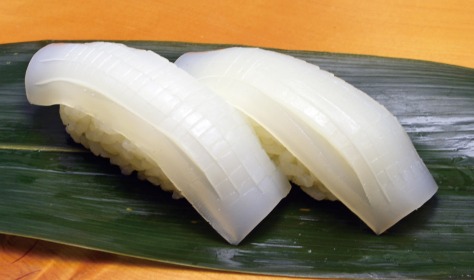 Sushi as it is! 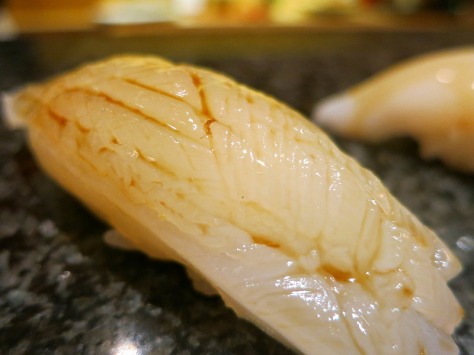 As for me, it is a bit of a dilemna as I like them both as sushi nigiri and sashimi!