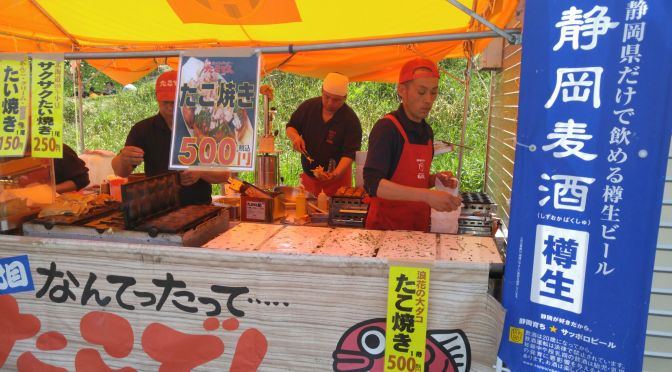 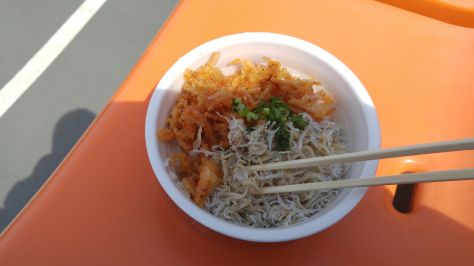 A Shizuoka specialty on offer at Nihondaira Stadium: Sakuraebi Kakiage to shirasu donburi/bowl of rice topped with cherry shrimps fritters and biled sardine whiting (Seasonal only!)!

Watching a soccer/game, even in Japan, is certainly a hungry and thirsty job!
But do not worry, there is plenty on offer at food stands both outside and inside the stadium to satisfy all palates! 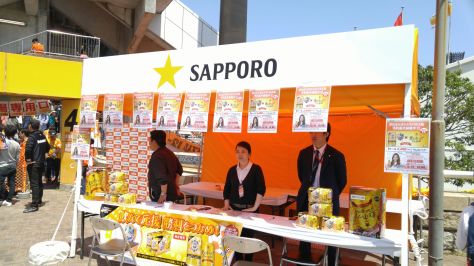 Plenty of beer with Sapporo Company, on of Shimizu S-Pulse official sponsors which also has a big brewery in the Prefecture! Outside the stadium! 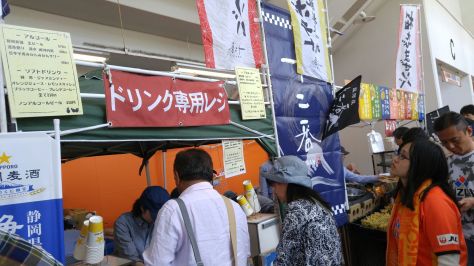 Inside the stadium!
Of course soft drinks are available! 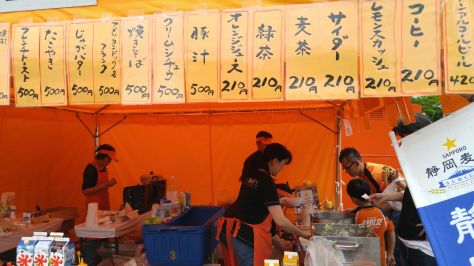 As for food, there is really a lot to chose from!
Let’s start with outside the stadium!

No less than 8 kinds of snacks from yaki soba/pan-fried noodles to jagaimo/boiled and buttered potatoes and 6 sof drinks! 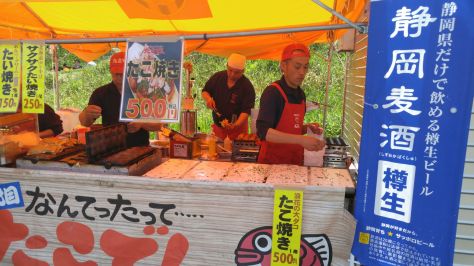 What do they make here? 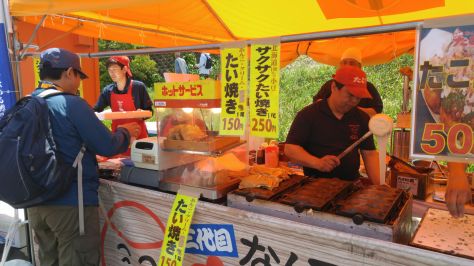 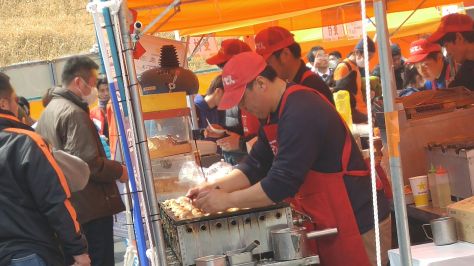 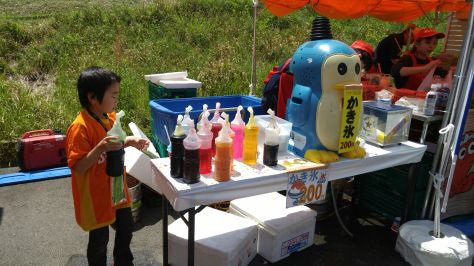 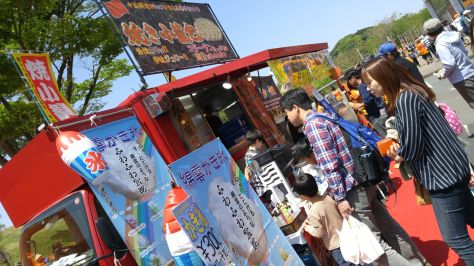 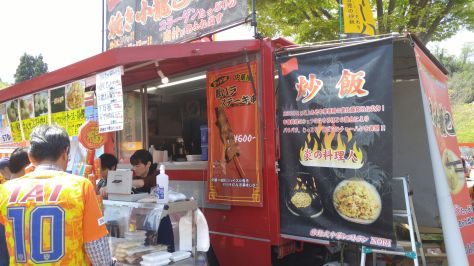 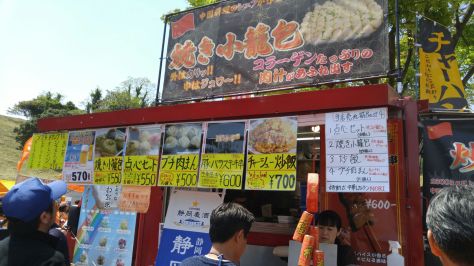 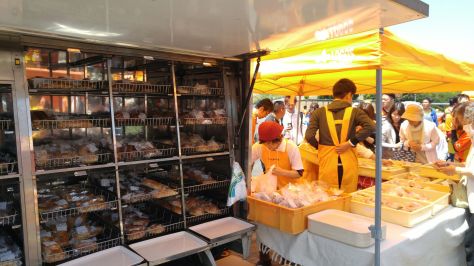 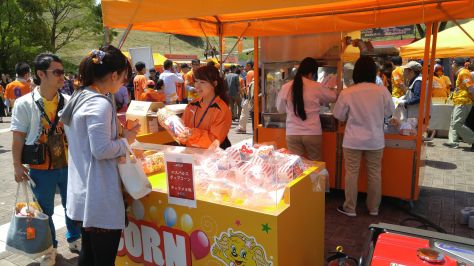 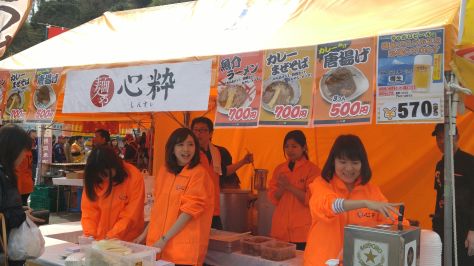 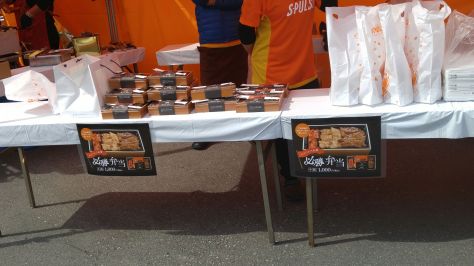 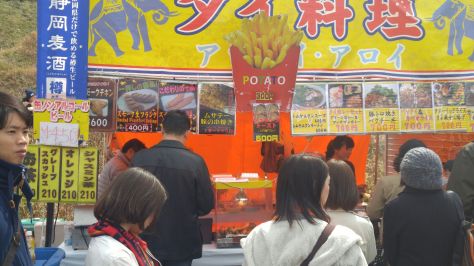 And more from sausages to fried potatoes! 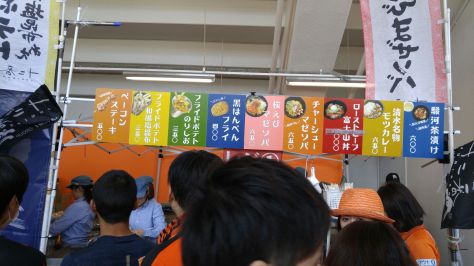 No less than 9 dishes from Bacon steak to Japanese Chazuke! 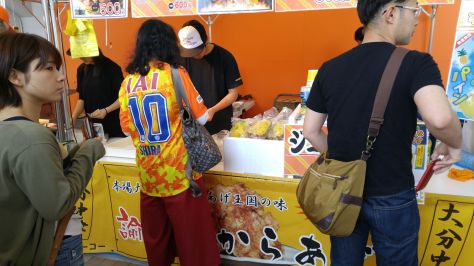 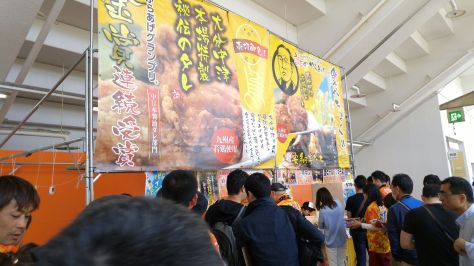 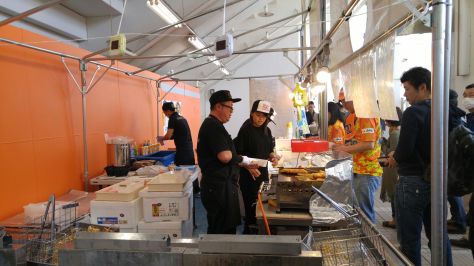 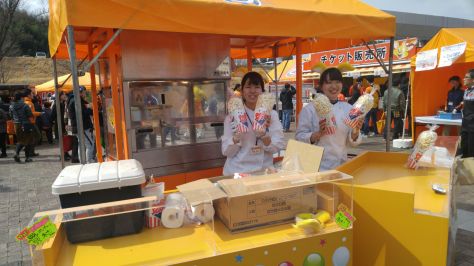 And for dessert, a smile form the pop corn girls!