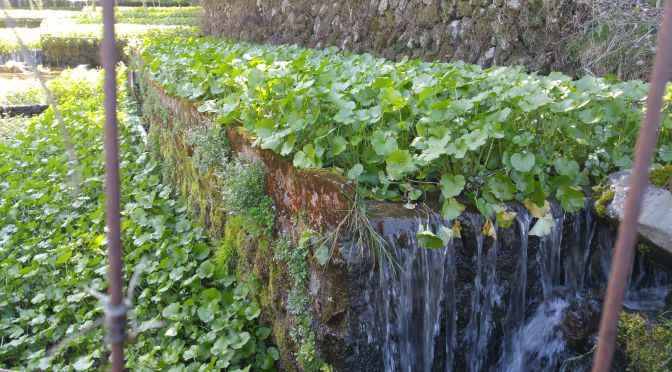 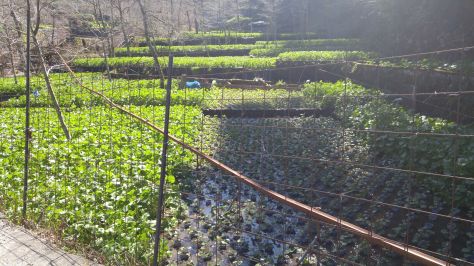 The other day I had the opportunity to visit Shioya Kichie Wasabi Farm deep inside Izu Peninsula in Shizuoka Prefecture!
We met at Shuzenji Station, the last station along the Izu-Hakone private railway line joining Mishima City andd Shuzenji.
From there it was a fairly long trip by car deep into the Amagi Mountains to Kichie’s Farm before boarding a lighter car to manage the narrow roads to his fields located at about 300 meter altitude.
It is still much lower than Utogi, the birthplace of wasabi, meaning different condtions in cultivation and maintenace!

Higher temperatures and lower altitude mean that utmost care must be given to a regular water flow, most of it coming from natural sources and the cleanliness of the soil made mainly of sand and fine gravel which must be regularly tilled in between new transplanting occuring in a staggered fashion to ensure a constant harvest all year round although quality and quantiry will evidently differ depending on the sseason! 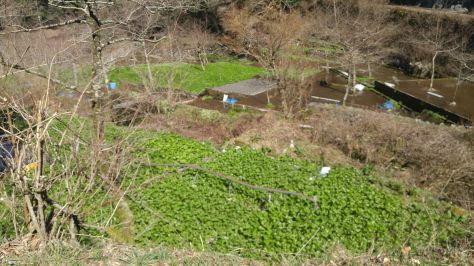 All this means no holidays for the growers as they must chack daily on the possibility of natural disease and pests proliferation!
They do have techniques to prevent the latter far different from those used in Utogi. Generally speaking wasabi cultivation in Izu Peninsula is still recent going back only to three geanerations or so! 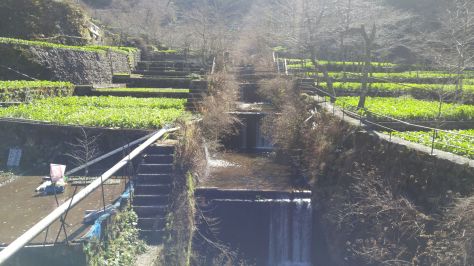 Water must funneled out of each water field along channels to prevent impurities from one field to accumuate inside another one! Of course the water running in the chunnels must be controlled and the chunnels regularly cleaned! 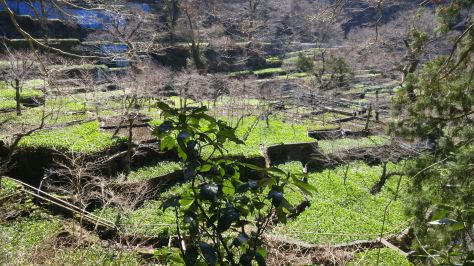 We did have to trudge along in between the water fields and it does demand some good athletic skills! no wonder Mr. Shioya is so thin and fleet-footed! 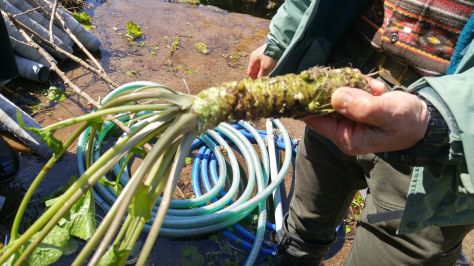 Roots are cleaned with water sprays instead of brushes which harm the skin! before that secondary rhizomes/subroots will be taken out for replanting! 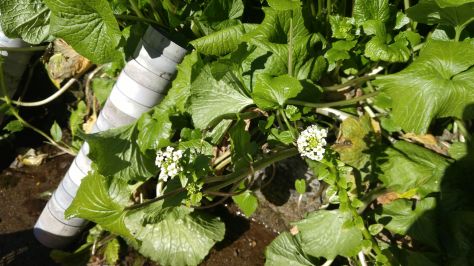 Wasabi flowering occurs there more than a month before Utogi! Of course they are edible! 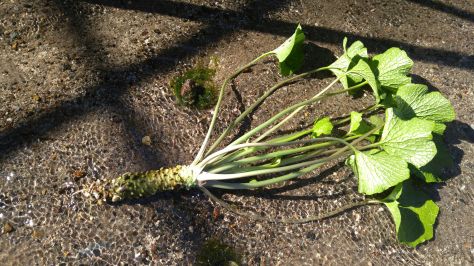 A beautful “mazuma” cultivar wasabi root Mr. Shioya took home to have us taste it! 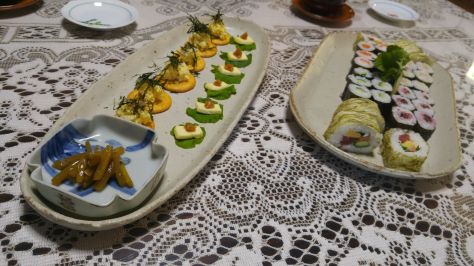 The light lunch prepared for us by Mrs. Shioya! 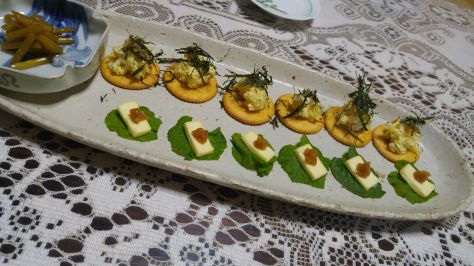 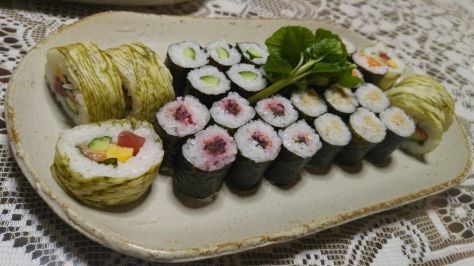 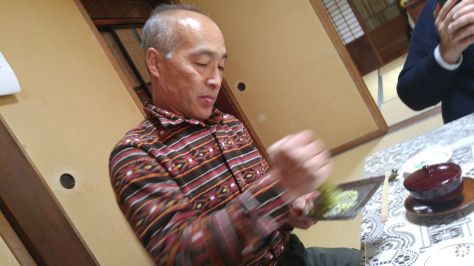 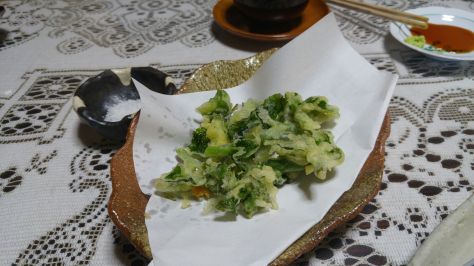 And wasabi leaf tempura for dessert!
Talk about Japanese hospitality!