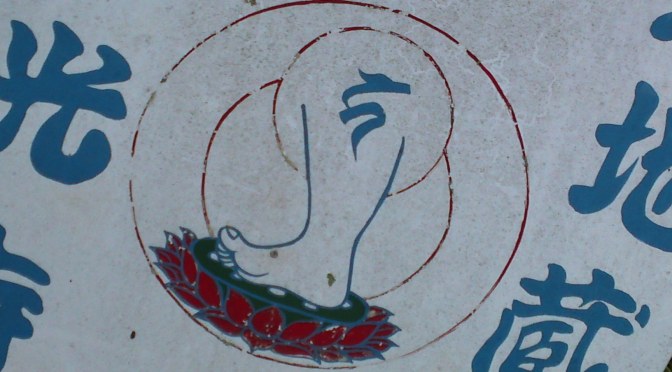 If you have the opportunity to get off one of the Oigaway Ralway Line trains in Ieyama, Hon Kawane, Shimada City, you will find a great oddity a few minutes walk from the walk from the Station!

Mangazan Kouji Temple!
It actually, like many similar places in Japan combines both Buddhism adn Shinto as both temple and shrine were built on the same spot!
This particular Temple was built in 1346, around 650 years ago !

This is the sole Buddhist Temple in Japan consecrated to the health of human feet!
But there is more to see there than this particular concern of the human atanomy! 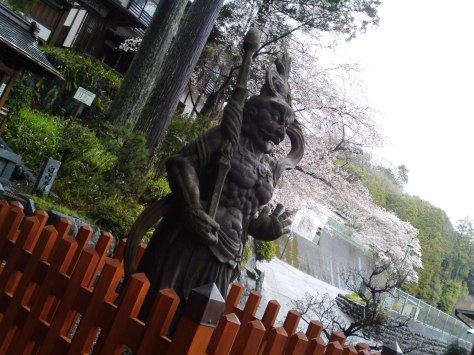 His companion is not be taken lightly either!

The lion guardians had something unusual about them! 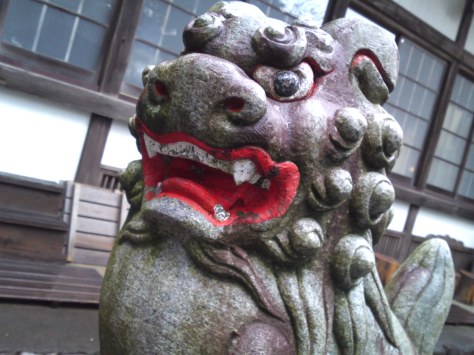 It is the first time I find such lions with a mouth painted red!

The temple also has a real Kyudou/Japanese archery shooting range at the back!

With all the water rushing down the mountain, rain or no rain, this is a very clean place!

For such a little place the way out is grandiose!

In search of Japanese history and culture!