Scabbard Fish(also called Cutlass Fish) or “Tachiuo” is a summer fish very popular in Japan in spite of its great length.
Tachiuo in Japanese, 太刀魚, means “Great Sword Fish”, not the scabbard!
The Suruga Bay being warmer than the rest of Japan, we have scabbard fish in the dead of winter.
Like other fish it owns other names: Tachi (not in Hokkaido, where the word means ” Cod sperm sacs”!), Shirada and Tachinouo.
It is mainly caught off Wakayama, Ehime and Oita Prefectures.
In Shizuoka it is both caught by line or net.
In 1999, 37,000 tonnes were caught in the whole of Japan, but it fell to 23,000 tonnes in 2000.
It is also imported from Korea and China, although the fish is slightly different from the Japanese variety. More than half of imported fish are eaten west of Kansai.

Tachiuo is both popular raw and cooked.
Raw, it is usually served with ponzu instead of soy suce and topped with momijioroshi/grated daikon mixed with chili pepper. 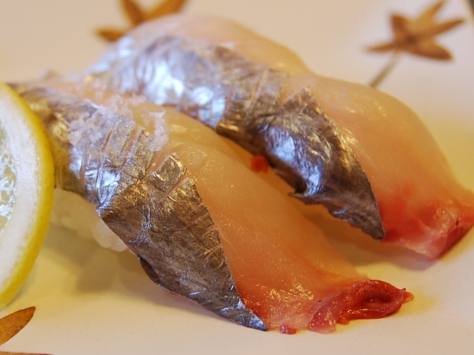 Raw, it is of course popular as sushi nigiri,

cut into fine strips and served as gunkan.

As sashimi I personally prefer it “aburi” (slightly grilled) with a dash of ponzu and some momijioroshi (grated daikon with chili pepper), or with some finely cut vegetables.

The same applies for sushi nigiri as I like my scabbard fish a little grilled first.

Making incisions into the fish before grilling it will make for another presentation!

It does not have to be complicated to be yummy!

In the Kansai/western Japan region it is very popular in oshizushi/pressed sushi thanks to its flat and long shape.

How about a combination of both raw and aburi style sushi nigiri?

How about an Italian-style sushi nigiri? 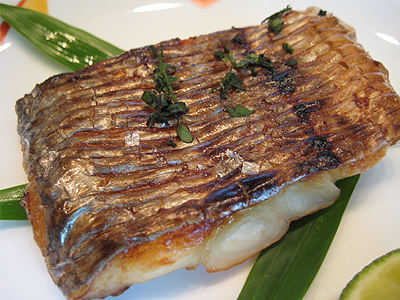 As for the cooked scabbard fish, grilling is the most common way here in Japan where it is served as simple and healthy food at many meals. 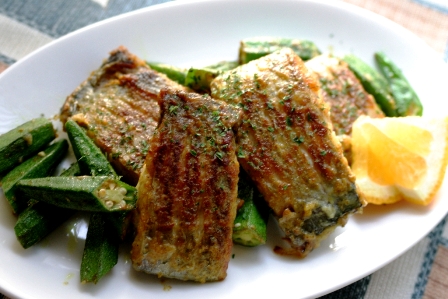 Sauteed with colurful vegetables (okra) make for great presentation in spite of the simplicity of the dish!

Deep-frying is also very popular especially with its bones when it is very fresh. Such deep-fried bones make for one vital source of calcium for the Japanese.

Cooked, it is a very versatile fish and easy to prepare! 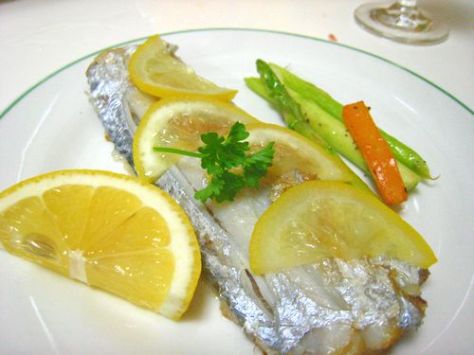 Cooked with chili peppers and miso paste, it makes for an intriguing sweet and hot combination!