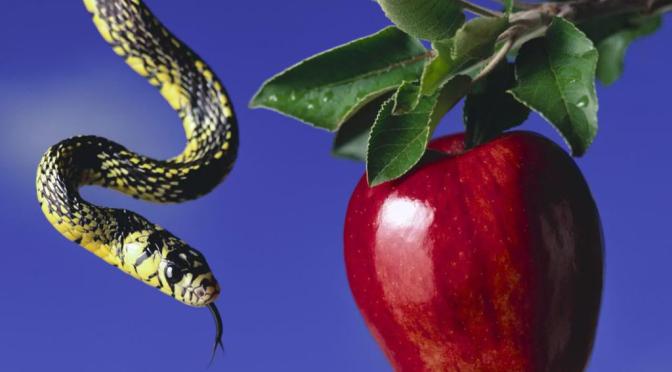 Note: The “picture” was borrowed but the “stories” are my own!

William let the quarrel fly.
But Walter who had been too hungry couldn’t resist taking the apple from atop his head to have a bite before replacing it back.
But William’s aim was not true.
The quarrel bounced again the side of the tree behind his son.
The quarrel punched into cruel Albrecht Gessler’s throat with a sickening thud
William pondered: “I won’t need that second quarrel, after all…”

THE WORM IN THE APPLE

The Worm had had a good breakfast inside his apple this morning.
He suddenly felt a need from fresh air.
He poked its head outside the tunnel he had eaten out of its abode.
The sun made in blink.
This was the last thing it remembered before it heard a bird’s gleeful cry: “Worm!”

The big apple chunk got stuck behind his Adam’s apple….

The Young Prince bent down to kiss Snow White’s lips.
She woke up all of a sudden with a big hiccup.
A piece of apple shot through from her mouth into her new lover’s mouth.
The Young Prince dropped dead….

One apple a day keeps the Doctor away.
Ten apples a day keeps you locked away (inside the toilets!).

The lady customer dubiously looked at the cake.
“What is that cake?” she asked.
The Chef readily answered: “The healthiest apfelstrudel in Wien, my good lady”!
“What is it made of?”, she retorted.
“Apples for vitamins and worms for proteins!”