Agriculture in Japan (and Shizuoka, which s no exception in spite of its favorable position) is suffering from two chronic problems: ageing of the farming population and too much untended farming land.
The situation as far ageing is concened is slowly improving in Shizuoka but there are still 12.000 ha of untended farming land asking to be exploited.

On the bright side more and more young people not only choose farming as their life but also adopt new directions even if it means breaking “traditions”.

One such farmer is Masahiro Sugimoto, only 26 years of age and still only in his second year as an individual farmer.

After graduating form Shizuoka Industrial High School/静岡市立商業高校, instead of attending a full university course, he opted for a meaningful two-year study at the Iwata Agricultural Institute/磐田農林大学校 to enable him to continue and improve of his family’s farming venture which had been growing vegetables for 10 generations.

Although mainly growing lettuces and corn on a total of 80 ha comprising 7 ha in greenhouses, he also experiment with all kinds of vegetables for a meaningful diversification.

A closer view of the putarella.

Corn is grown from February to June and lettuces from September to March.
That still leaves him with plenty of time to experiment with different vegetable varieties.

He is on contract with markets such as Shizutetsu as far as his lettuce and corn are concerned but he is actively seeking new markets including local restaurants always looking for new varieties. 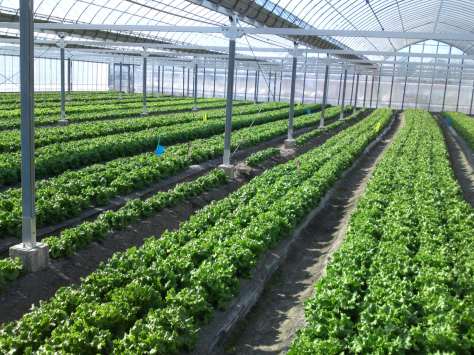 Lettuce is big business in Shizuoka!

Masahiro is also reducing all artificial pesticides and fertilizers to the minimum to produce those beautiful vegetables! 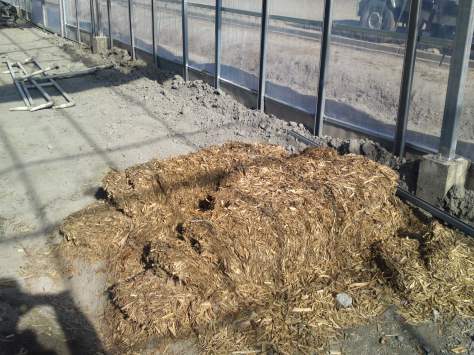 He is seriously thinking of making more organic fertilizers and is always carefully listening to suggestions.

Lettuces grown in open fields have to be covered with insect nets to avoid using pesticides. 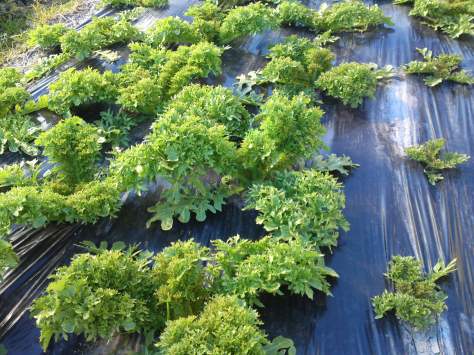 His own mother is experimenting with wasabina/わさび菜/ a variety of lettuce called such because its taste remniscing of wasabi!

Masahiro will lend this vacant space between his greenhouses for free to local primary schools for on-field classes. A young man already thinking of the future generations!

Masahiro is also very active exchanging views with his peers to form a farming community with better communications and a new common direction not only in farming but also in agri-business!

4 thoughts on “Masahiro Sugimoto at Sugimoto Garden: A Young Farmer Looking Ahead!”