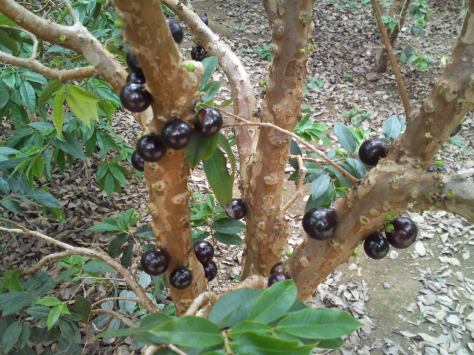 I finally made it to Nishikawa Garden!
It is located far into Mariko, a good hour by bicycle from the center of Shizuoka City!

I thought I was lost by the end of my journey and had to retrace my route before making another U-turn and finding the board sign I was looking for! 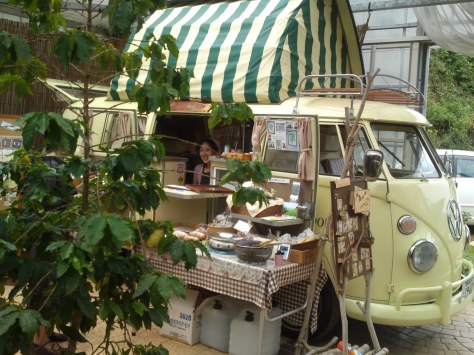 I knew I was in the right place when I discovered the “Truck cafe” at the entrance of the greenhouse!
I couldn’t afford to make any mistake as they open the greenhouse and cafe to the public only on Sundays!

Mr. Nishikawa, a tea and citrus grower got interested in tropical fruit about 8 years ago and started experimenting with Jaboticaba and mangoes in particular.

Having succeeded with their cultivation inside his two big greenhouses, he opened Jaboticaba Cafe and Garden in October 2009 to allow customers to visit his greenhouses and buy his products on Sundays! 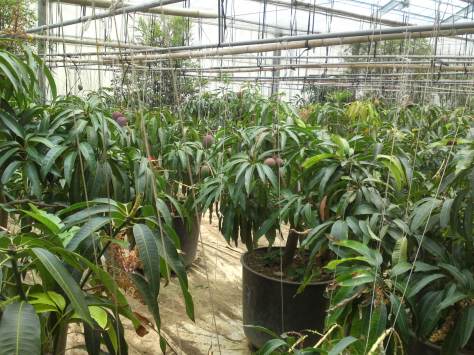 I first visited his mango garden.
Interestingly enough they are not on sale as they are completely booked by private clients!

Although this particular crop is not officially registered as such it is grown organically without pesticides or artificial fertilizers!

Mr. Nishikawa does not follow the general practice of pairing the trees to one single mango for each main branch.
He believes in natural growth! 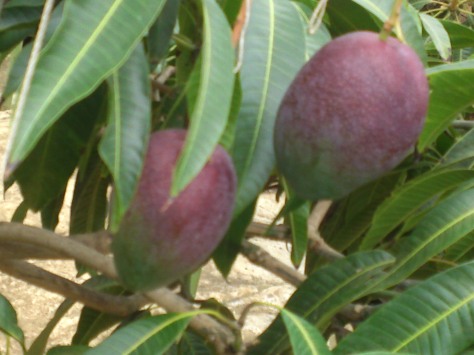 These will become beauties soon, but I won’t be able to buy a single one then…

Jaboticaba is an odd fruit indeed!
Mr. Nishhikawa originally imported the seeds from Okinawa.
Although “classified” as a tropical fruit it grows best in temperate conditions (around 20 degrees) and can resist lower temperatures as long as no frost occurs.
A visit to the Wikipedia Site should give you a good idea of its rarity outside Southern America, the more for it because of its fragility!

The fruit-bearing flowers appear directly on the trunk and branches away from the leaves!

Then the many flowers suddenly become green fruit before maturing later into a big dark red pearl!

Mr. Nishikawa cultivates four varieties depending on size and fruiting seasons!
All are sweet with a taste both reminiscent of lychees and grapes.

The smallest variety!
It is packed with polyphenols and antioxydants!

Some Jaboticaba are grown in Kyushu and Okinawa islands but don’t appear on the markets because of their fragility.
The only other place where they are grown in Japan (some are in Taiwan) is Nishikawa Garden in Shizuoka City! And organic to boot! 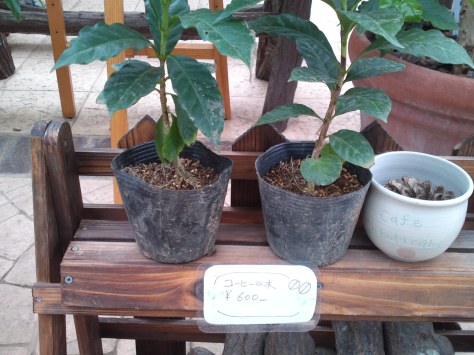 Mr. Nishikawa has also succeeded with the organic culture of coffee but the crop is just too small to be marketed! 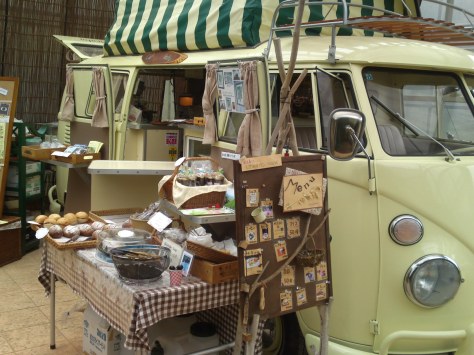 Now, the Nishikawas struck on the great idea of creating a Cafe to encourage customers and their families to taste the various products they make with Jaboticaba and other crops!

The cafe extends inside the greenhouse! 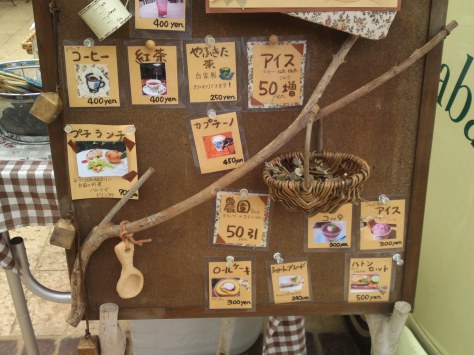 Have a good look at the menu before choosing between breads, cakes, jaboticaba drinks and others!

Yummy cakes, some of them made from recipes offered by Pissenlit Restaurant in Shizuoka City!

My neighbors were sipping those beautiful jaboticaba soda drinks! 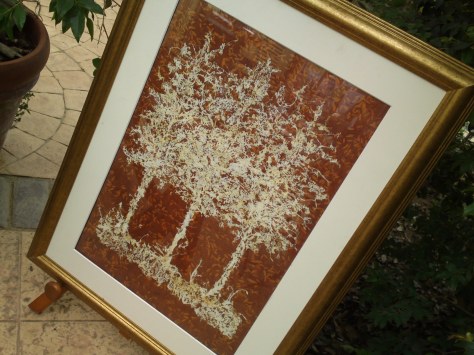 Mrs. Nishikawa has a very unusual hobby!
Oranges that cannot be sold because of blemishes on their skin are peeled before being processed.
Mrs. Nishikawa collects the soft white part between the skin and the flesh, dries it between sheets of newspaper and use it to make this big picture of jaboticaba trees!
The technique is called “oshibana/押し花” or “Pressed Flower Art” in English!
Who said farmers could not be artists!

5 thoughts on “Joboticaba and Tropical Fruits at Nishikawa Garden!”