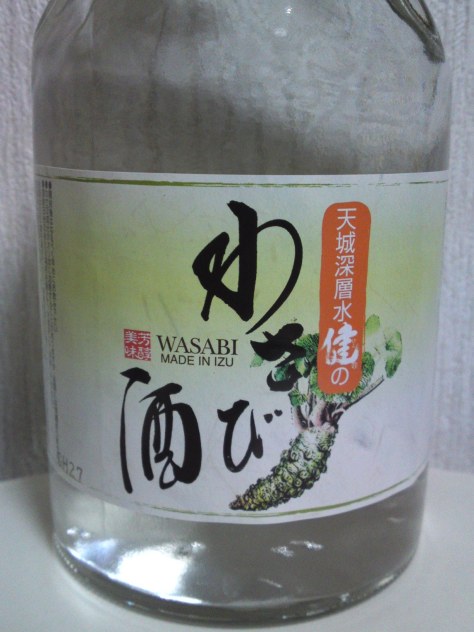 Shizuoka Prefecture produces not only 80% of all wasabi grown in Japan, it is also the home of the only true wasabi shochu!
True to say, one cannot make shochu out of wasabi only as it does not contain starch to help the fermentation and distillation, but Bandai Brewery in Shuzenji, Izu Peninsula, concocted it with 75% of top-class rice shochu made from the sake lees of their own sake and 25% of pure essence of wasabi grown in Izu Peninsula! 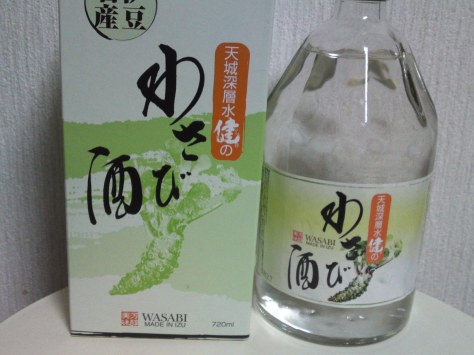 More precisely, the wasabi is grown on the Amagi Plateau/Amagi Kougen/天城高原 in the northern part of the Peninsula.
At the same time Bandai Brewerry uses pure source water gushing from the Plateau to brew its sake and shochu! 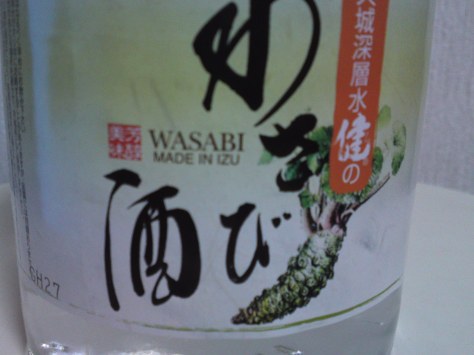 Although it is a true shochu in concept mixed with wasabi essence, Bandai Brewery advertizes it as a sake or liqueur!
It might explain the choice of bottle, a bit unusual for shochu, but easy to handle and store! 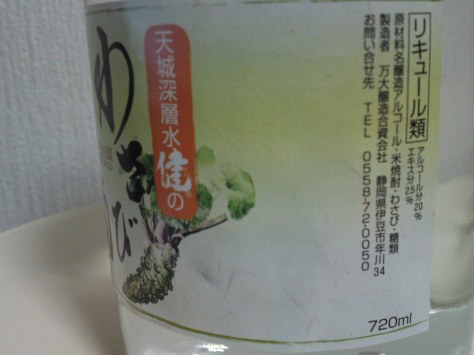 Clarity: Very clear
Color: Transparent
Aroma: Sweetish. Rice, wasabi, faint notes of banana
Body: fluid
Taste: Softer attack than expected.
Very sophisticated, as complex as a sake!
Pleasant and soft wasabi flavor. Almost a liqueur without the sugar and the cloy aftertaste!
No piquancy at all.
Faint notes of bananas appearing later as it disappears quickly warming up the back of the palate.

Overall: A discovery!
A shochu? Yes!
The fact it is made in the simplest manner possible, that is a high quality rice shochu blended with pure wasabi essence makes it both sophisticated and extravagant.
Its comparatively low alcohol content, 20 degrees, makes it eminently drinkable as it is without any ice, water or whatever!
Most appreciated straight at room temperature.
Could definitely be served as a heady and mysterious aperitif!