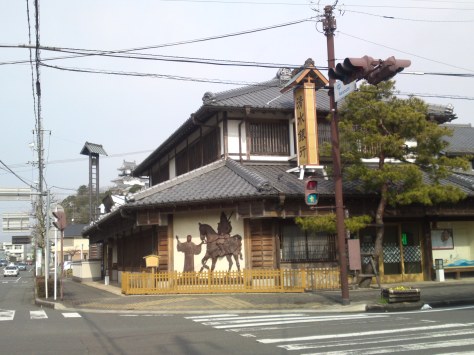 In Kakegawa City on the way to the Kakegawa Castle you will discover and old traditional house with some interesting story! 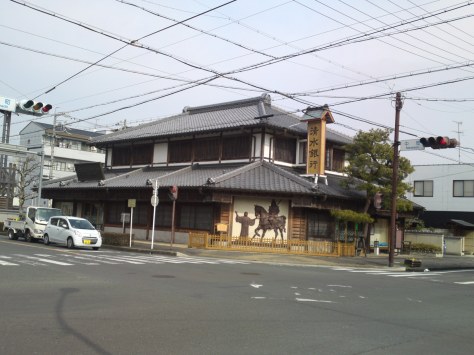 On a bright day it does provide a great sight for photography! 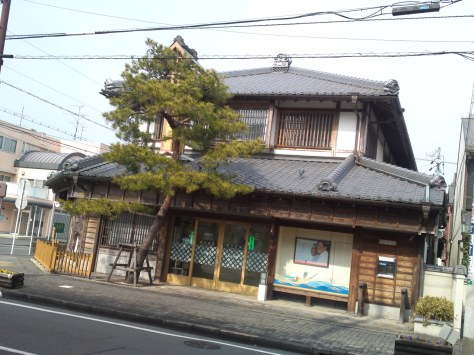 All facades will show you a different facet of the architecture! 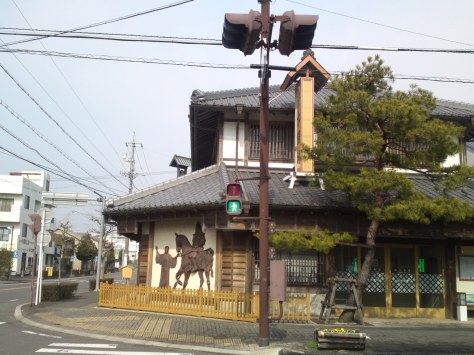 Wait for the green light before crossing! LOL

This is a story which was actually the source for the name of a local sake brand!
Kazutoyo built Kōchi Castle. His life spanned the closing years of the Sengoku period, the Azuchi-Momoyama period, and the beginning of the Edo period.
Just four years after he became Lord of Tosa, Kazutoyo died without issue aged around 60, and was succeeded as Lord of Tosa by his nephew Tadayoshi.
Chiyo, as a wise and beautiful wife, helped her husband Yamauchi Kazutoyo up from an ordinary samurai to the governor of an entire province, Tosa.
In 1590, Lord Yamauchi Kazutoyo 山内 一豊, a great horse lover had been looking for a special mount of his own.
His wife spent untold time and efforts until she found, brought and gave a great horse to her beloved husband.
The story is also the source of the 45th NHK Taiga drama (2006), a dramatization of the life of Kazutoyo, with his wife Chiyo as the central character!

Lord Kazutoyo and his wife, Chiyo! 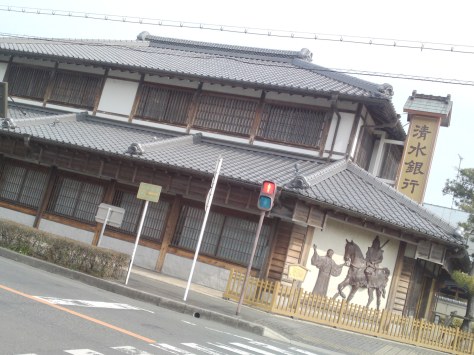 We are certainly thankful to the Shimizu Bank for preserving such a beautiful traditional Japanese house!

I didn’t have much time on that da, but I’m sure there are a lot more pictures on offer!