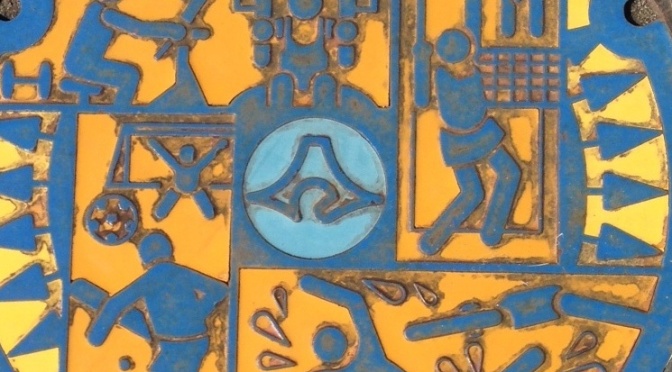 My good friend Ms. Atsuko Akira, who share the drainspotting bug with recently visited the Ecopa Sports Complex in Aino, Fukuroi City!
This is the report on her trip!

She visited the Shizuoka Stadium ECOPA to purposedly to discover some manhole covers
Let her show you the way to ECOPA!

First of all, take the Tokaido Line and get off at Aino JR Station!

Once gone though the ticket gate, turn left!

Some signs will guide you all the way! Then walk through the long passage and go down stairs!

There were useful signs to know where you are, the way to ECOPA and tourism information around Aino! 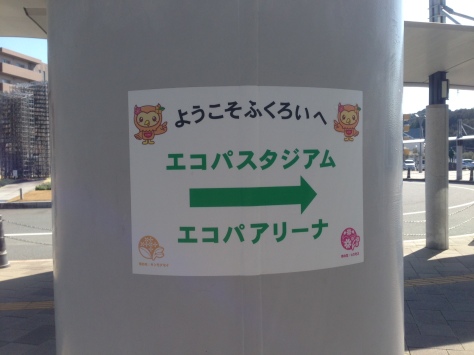 There are more signs outside the station to make sure you find the right way!
It was officially announced that it is only 10 minutes walk to the stadium… Well, it took her more and up a gentle slope!
The park stands atop a hill.

This is the facade of Aino Station!
It was opened on April 22, 2001 just before the FIFA World Cup 2002!
England played there! 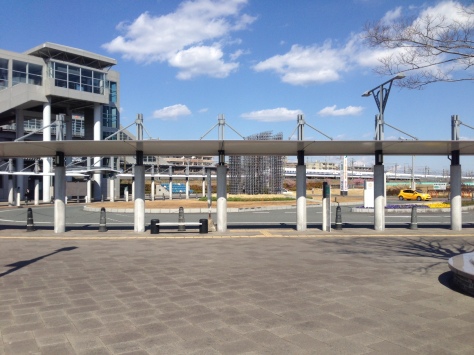 This is a nice place for train/JR buffs as the Tokaido Line and the Tokaido Shinkansen run parallel here! Actually, she saw the Dr. Yellow/Shinkansen was running east to west! It is an inspection train for electrics and track. The check-out is conducted twice a month, so she was lucky to spot it!! Unfortunately, she had no time to take pictures… It just wheezed away! 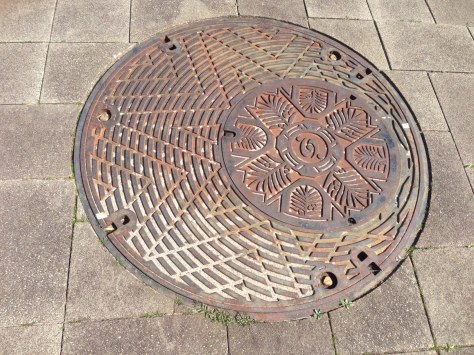 There were some covers on my way to the stadium. They were all new to her!

Ancient valve pit and central motif dating back to before the expansion of Fukuroi City!

This is the pedestrian deck to the stadium!

You walk along it with ECOPA is in front of your eyes! 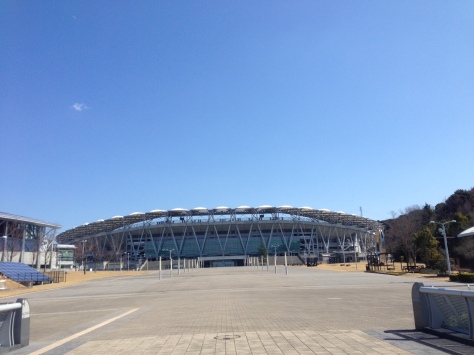 This is ECOPA!
No one there on that day…
It’s so huge and so windy…

She could see the Japanese Southern Alps covered with snow in the north! 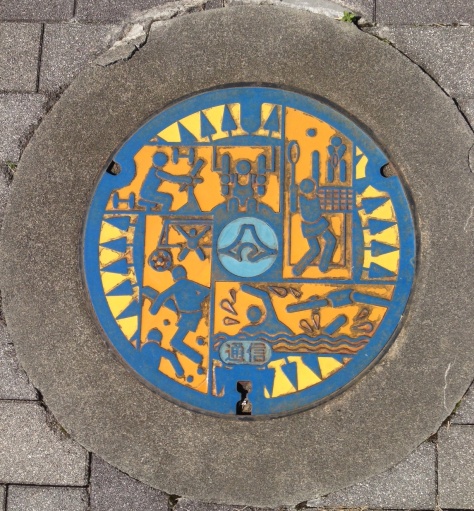 There are actually 1 blue type and 3 yellow types of beautiful manhole covers commemorating Ecopa!
The above, the only blue type, is for “communications”

You can’t miss them! 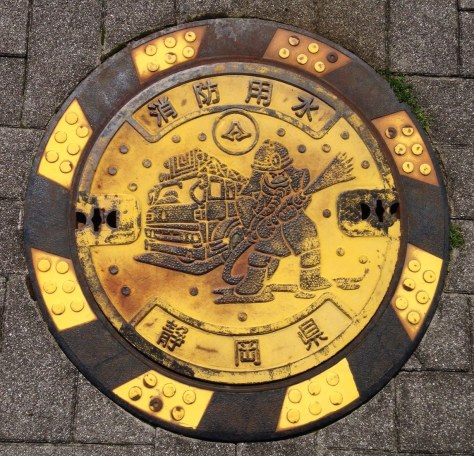 She also this fire hydrant manhole cover which can be seen all over the Prefecture with different city motifs, but interestingly enough, this particular bears the Shizuoka Prefecture motif! 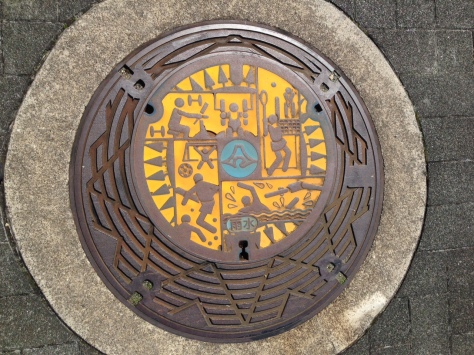 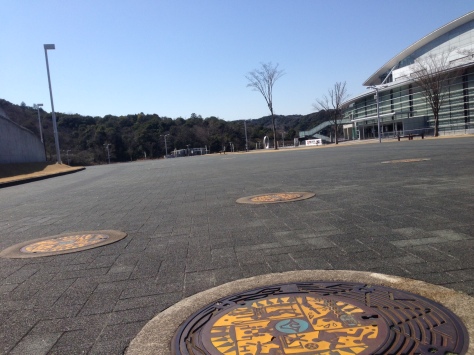 Next time you go and watch a soccer game there, you’ll know where to find them!