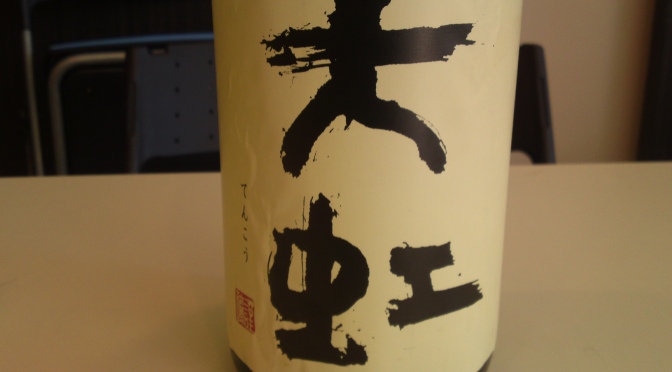 On March 17th was held a special sake tasting at MIRAIE Community Hall in Shichiken Cho under the auspices of Hasegawa Wayoushu Co., a major wine and sake distributor in Shizuoka City, featuring sake made with Homarefuji rice by the seven breweries located in Shizuoka City!

The seventh tasting was a Tenkou Tokubetsu Junmai Homarefuji by Suruga Brewery in Suruga Ku, Shizuoka City!
Note that the tasting order was made according to the table order of the day!

Overall: Straightforward and uncomplicated.
Definitely conceived to be enjoyed with food.
Would particularly do well with grilled red meat or any meat dishes!